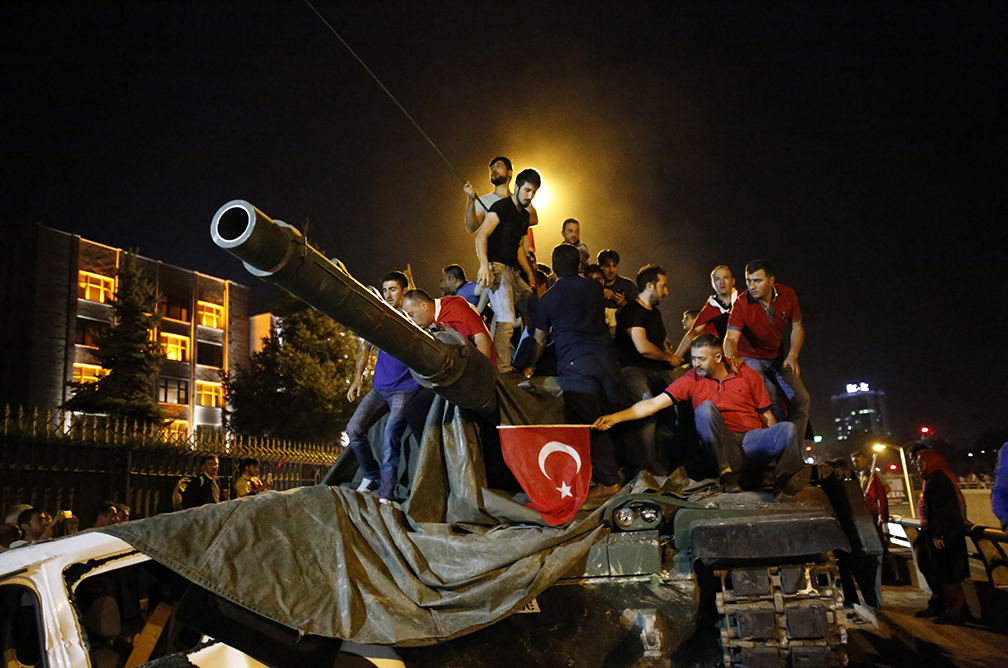 Nothing can, therefore, be taken for granted when it comes to considering a crucial issue in international energy security, the current transit of oil across Turkey, and the security of a major new gas line currently under construction in order to carry Azerbaijani gas to customers in Southern and Western Europe.

The attempted coup vastly complicates the Turkish government’s ability to conduct its war with the outlawed militants of the Kurdistan Workers’ Party (PKK) since the government can no longer be sure of the loyalty of the various security forces ordered to wage the air and ground war against PKK forces in southeastern Turkey and northern Iraq.

Then there is the question of how best to ensure the safety of the various pipelines across Turkey. In the weeks immediately following the resumption of open war with the PKK in July of 2015, there were four attacks on oil and gas pipelines as well as an attack on a train carrying pipe to be used in the construction of a 1,850-km gas pipeline, the Trans-Anatolian Pipeline (TANAP).

When the final investment decisions for the $39-billion string of projects known as the Southern Gas Corridor were taken in late 2013, the security of the various elements was certainly considered, but it was not the core concern.  Thirty months later the security situation is quite different.

In April, the “four-day war” between Azerbaijani and Armenian forces along the line of control between their forces showed that the Nagorno-Karabakh dispute could no longer be considered a “frozen conflict.” Rather, it was one capable of flaring up into open war at a moment’s notice. The frontlines of the conflict mean that the key oil and gas pipelines that connect Azerbaijan to Georgia—and thus to Turkey—fall within Armenian artillery range.

Now the security of the pipelines beyond Azerbaijan is also in question. In Turkey, this stems both from the war with the PKK and because the attempted coup will prompt fresh concern about the very stability of the most important country currently involved in transiting oil onto the Mediterranean and prospectively gas into southern Europe. It will also prompt fresh scrutiny about security conditions in Georgia, in view of the unresolved disputes between the central government in Tbilisi and the Russian-backed breakaway states of South Ossetia and Abkhazia and where, indeed, Russian forces actually control two kilometres of the 315,000 b/d capacity Baku-Supsa oil pipeline. On July 16, responding to events in Turkey, Tbilisi closed the 252-km Georgian-Turkish border and halted air traffic between the two countries.

Turkey’s role in international oil and gas transit is crucial. Some 735,000 b/d of Caspian crude— mainly from Azerbaijan, but also from Kazakhstan and Turkmenistan—routinely cross the country to the giant Mediterranean oil terminal at Ceyhan via the Baku-Tbilisi-Ceyhan pipeline. In addition, some 515,000 b/d of oil from Iraqi Kurdistan is routinely delivered to Ceyhan via the Kirkuk-Ceyhan pipeline. Turkey’s role in gas transit is currently limited, with small volumes of Azerbaijani gas being resold to Greece. From the start of 2020 the TANAP line is due to deliver 10 bcm/y of Azerbaijani gas to various European destinations, notably Italy, as well as 6 bcm/y to Turkey itself, while the system is being built so that it can eventually deliver 20 bcm to European countries beyond Turkey.

Then there is the traffic through the Turkish Straits, which routinely carry some 2.9 million barrels of oil a day (mb/d). On July 16, Turkish authorities announced that the straits had been closed to tankers “for safety and security” reasons. Although this is likely to prove a strictly temporary measure, the danger is that a single incident could cause a major blockage since at one point the Bosphorus Strait is just 700 meters wide.

Overall, Turkey routinely transits around 4.15 mb/d of some 39.7 mb/d of cross-border oil trade.

When the Southern Gas Corridor was being conceived, the key question concerned its commerciality. The costs are truly massive. Current estimates are that upstream development of the second phase of Azerbaijan’s giant Shah Deniz field will cost around $18.9 billion, the expansion of the South Caucasus Pipeline will cost $4.9 billion, the construction of the TANAP pipeline across Turkey will cost $9.3 billion, while the Trans Adriatic Pipeline, which will carry the gas from the Turkish-Greek border to Italy, will cost around $6 billion.

The commercial issues were largely resolved in 2013 with the signing of contracts for the sale of the gas to EU buyers, including Axpo, GDF Suez, Gas Natural, E.ON, Shell, Hera, ENEL, Bulgargaz, and DEPA.

Today the issue is safeguarding the physical security of these assets and thus guaranteeing that the sales contracts can, indeed, be honored.

Image: People stand on a Turkish army tank in Ankara, Turkey, on July 16. Turkish President Recep Tayyip Erdoğan said an attempted coup had failed and was an “act of treason.” (Reuters/Tumay Berkin)