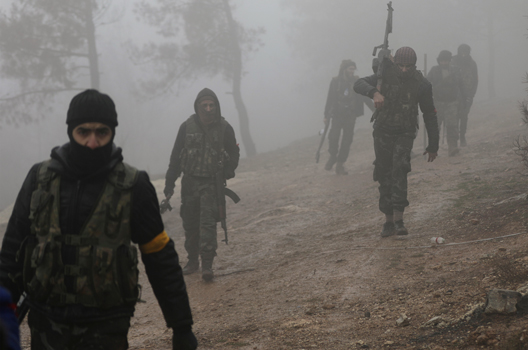 Turkey’s military offensive against Kurdish forces in northern Syria will eventually push the United States to choose between two clashing allies, and “Ankara may not like where US policy ends up,” according to the Atlantic Council’s Aaron Stein.

The Turkish operation has deepened the existing divide between the United States and Turkey, a NATO ally, over Washington’s support for the Peoples’ Protection Units (YPG), a Kurdish militia and part of the US-led coalition in Syria. When asked how the situation can be resolved, Stein, a senior fellow with the Atlantic Council’s Rafik Hariri Center for the Middle East, said: “It can’t.”

US President Donald J. Trump was expected to discuss this latest wrinkle in the US-Turkey relationship in a phone call with Turkish President Recep Tayyip Erdoğan on January 24.

What is happening in northern Syria? On January 19, Turkey began what remains an ongoing incursion into northern Syria to fight against the YPG, the Kurdish element of the Syrian Democratic Forces (SDF), which currently holds the territory.

Over five days, Turkish forces have sought to push the Kurds out of the city of Afrin.

However, Ankara’s strategic objective in Syria remains unclear. “They are marching into a hornets’ nest,” said Stein.

How did this happen? Prioritizing Trump’s counterterrorism objective in Syria, the United States has continued to support the YPG in the fight against the Islamic State of Iraq and al-Sham (ISIS), much to Ankara’s frustration.

Turkey views the YPG as a terrorist organization and a direct threat to its national security.

As a result of continuing US support for the YPG, said Stein, Erdoğan’s ruling Justice and Development Party (AKP) “made the decision to give up on the Trump administration, after trying to cultivate relations with the incoming administration for most of the past year.”

The disagreement over US backing of the YPG is only the latest in a slew of clashes between the two NATO allies. Ultimately, according to Stein, the US decision to train a Kurdish-led border force in Syria and suggestion that US troops would stay on indefinitely in Syria “was the pretext” to the ongoing offensive.

“The real issue for Turkey is the broader US policy of support for the SDF,” said Stein.

What comes next? On January 24, Erdoğan announced his plans to move on and bring the fight to the larger city of Manbij. There, according to Stein, Turkey will try “to force the United States to choose” between Turkey and the YPG. However, Manbij’s proximity to US troops will only ratchet up the tension. While “Afrin is an easier pill to swallow,” said Stein, “the United States will draw a red line over this potential Turkish operation” in Manbij.

Any long-term effects? Though the offensive against the YPG won’t “make that much of a difference in the war” against Syrian President Bashar al-Assad’s regime and ISIS, it has threatened the stability of the region, said Stein.

US Secretary of Defense Jim Mattis cautioned that this aggression could open the door to a resurgence of extremism in an area the United States had hoped to use as a staging point for the re-stabilization of Syria. The region encompassing Afrin and Manbij remains outside the control of the Assad regime.

Ultimately, “the United States is training the SDF, so it’s clearly a long-term relationship with the YPG,” said Stein. Unfortunately for Turkey, this means that the attempt to corner Washington into a decision is unlikely to tilt the scales in Ankara’s favor.

Both nations may be NATO allies, but, according to Stein, “Turkey is the odd man out in NATO.” Erdoğan’s authoritarian politics and cozy relationships with both Russia and Iran have all but quashed Turkey’s hopes of European Union (EU) membership, and strained its relationships with European allies.

Therefore, said Stein, this latest offensive “is one of the many issues undermining Turkey’s relationship with the transatlantic alliance.”

Rachel Ansley is the assistant director for editorial content at the Atlantic Council.