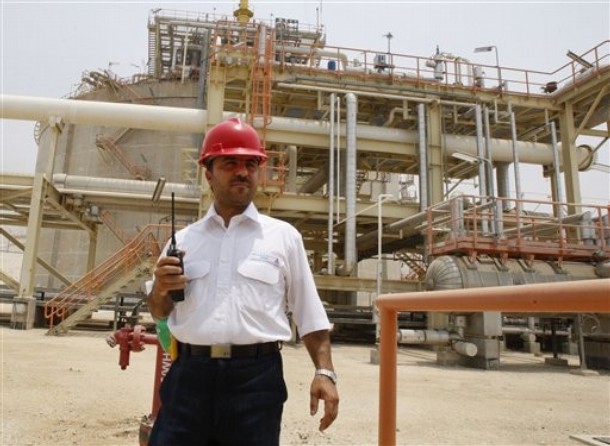 The European Union sometimes earns well-deserved criticism for its foreign policy. But praise should be given where praise is deserved – and the EU’s latest effort to target Iran with tough autonomous sanctions is one such case. Clearly, the measures the EU adopted on July 26 can be further expanded. More can be done. But EU sanctions have already achieved some early impressive successes – thereby vindicating those who advocated unilateral Western sanctions against Iran.

Only two weeks after EU sanctions were approved, Iran scrapped a multi-billion euro project to produce Liquid Natural Gas (LNG), announcing instead that it will now give priority to pipelines in its national strategy to develop natural gas. This happened after another such project had run aground, when last May a joint venture by Shell and Respol ended, after the two European energy giants, smelling trouble, pulled out. Initially, Iran announced the project would be taken over by Iranian companies. It has now been shelved as well.

Prioritizing pipelines over LNG means that Iran’s vast and largely untapped natural gas resources will remain underdeveloped for many years – depriving the regime of critical revenues and political leverage.

Critics of unilateral sanctions always argued that unless sanctions were backed by the international community and had the UN stamp of approval, they were more likely to do harm than good. Western companies, they reasoned, would withdraw under pressure from their own governments only to open Iran’s market to non-Western competitors, chiefly Russian and Chinese, who would fill the void. Many European diplomats regularly cited this scenario to shut down calls on the EU to adopt sanctions without waiting for Russia and China – thereby giving Iran’s political patrons at the UN Security Council veto power on Western foreign policy.

Clearly, if unilateral sanctions’ critics were right, non-Western competitors, chiefly Chinese and Russian companies such as Gazprom or Sinopec, would now be lining up at Iran’s doorstep to complete the LNG projects their European competitors have now abandoned. Instead, Iran is closing them down.

The new EU autonomous measures prove the theory wrong, then. By targeting key sectors of Iran’s economy that are highly dependent on Western technology, especially the energy sector, the EU has hit Iran in vital economic areas where non-Western alternatives simply do not exist. Nowhere is this more evident than LNG technology.

The great challenge for natural gas production is transport. Oil can be transported relatively easily in its natural state by pipeline, but this poses a serious logistical problem for both producers and consumers. Unless there is a pipeline, it is not so simple to transport gas from fields of extraction to kitchen stoves thousands of miles away. Gas fields are often situated in remote locations and distant markets are beyond pipeline reach. For that purpose, complex and expensive technologies are needed to convert natural gas into liquid form for transport and then reverse the process before gas is distributed to consumers. By developing LNG, Iran would eventually be able to sell its gas to Europe and China just as easily as it transfers it to Turkey by pipeline.

Iran’s problem? Russian and Chinese energy companies may be capable of building pipelines, but not LNG liquefaction terminals. There are no companies outside Europe, North America, South Korea, Japan and Australia that can deliver. There is not one LNG project currently being built around the world that does not rely on Western technology.

The harsh reality is that non-Western companies lack the necessary know-how and experience to complete the projects on their own. Not everything that Iran buys from the West has a non-Western equivalent that, technologically speaking, is equally worthy. For Iran’s energy sector, Western partnerships are essential.

Lack of LNG means that Iran can only sell as much gas as it can deliver through its pipeline grid – one that still needs much development to begin with. In the future, Iran could connect to the vast grid that supplies Europe through the Nabucco pipeline project. It could also send its gas to the Indian Ocean, through a planned pipeline that would link it to India through Pakistan. But there are political impediments to be overcome and costly investments to be undertaken before Iran can deliver gas beyond its borders. Currently, Iran lacks the entry points into existing or future pipelines that would enable Iranian gas to reach European markets – and with no LNG China remains out of reach.

In short, pressure points are considerable and weak spots, political and economic, abound.

Clearly then, unilateral sanctions work. What must follow is more pressure on Iran’s vital economic interests where denial of Western technology can seriously short-circuit the regime’s revenues. Iran’s Central Bank Governor, Mahmoud Bahmani, recently called on a drastic reduction on imports and self-reliance to fight sanctions. Good luck with that – more than 50% of European exports to Iran are made of advanced technology and sophisticated industrial equipment. It will take years for Iran to even begin making up for shortages of spare parts and other critical imports – and it gives an opening to Europe and other Western countries to tighten the screws further.

Here’s to hope then that more sanctions will not be long in coming.

Emanuele Ottolenghi, contributor to the Atlantic Council, is a Senior Fellow at the Foundation for Defense of Democracies and the author of the forthcoming Iran: The Looming Crisis (Profile Books, 2010). Photo credit: AP.