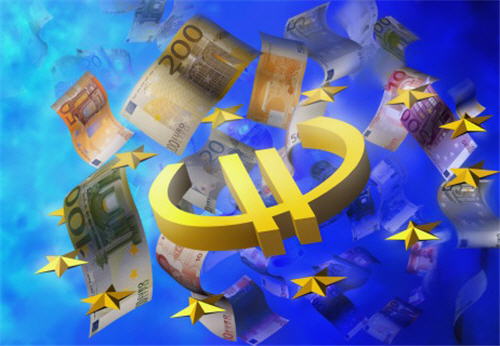 An Economist leader on the future of Europe is titled "Staring Into the Abyss." The piece is only slightly more cheery.

Will the European Union make it? The question would have sounded outlandish not long ago. Now even the project’s greatest cheerleaders talk of a continent facing a “Bermuda triangle” of debt, demographic decline and lower growth.

As well as those chronic problems, the EU faces an acute crisis in its economic core, the 16 countries that use the single currency. Markets have lost faith that the euro zone’s economies, weaker or stronger, will one day converge thanks to the discipline of sharing a single currency, which denies uncompetitive stragglers the quick fix of devaluation.

Yet the debate about how to save Europe’s single currency from disintegration is stuck. It is stuck because the euro zone’s dominant powers, France and Germany, agree on the need for greater harmonisation within the euro zone, but disagree about what to harmonise.

This actually conflates a whole range of issues.   The EU and its predecessors have existed for decades; the euro is new.  Would the collapse of the euro mean the demise of the EU?  How about the withdrawal of one or more weak sister economies from the currency?  Or even the expulsion of one or more weaker members?

Germany thinks the euro must be saved by stricter rules on borrowing, spending and competitiveness, backed by quasi-automatic sanctions for governments that stray. These might include threats to freeze EU funds for poorer regions and EU mega-projects, and even the suspension of a country’s voting rights in EU ministerial councils. It insists that economic co-ordination should involve all 27 members of the EU club, among whom there is a small majority for free-market liberalism and economic rigour; in the inner core alone, Germany fears, a small majority favour French dirigisme.

A “southern” camp headed by France wants something different: “European economic government” within an inner core of euro-zone members. Translated, that means politicians meddling in monetary policy and a system of redistribution from richer to poorer members, via cheaper borrowing for governments through common Eurobonds or outright fiscal transfers. Finally, figures close to the French government have murmured, euro-zone members should agree to some fiscal and social harmonisation: eg, curbing competition in corporate-tax rates or labour costs.

That’s a very apt and succinct summary of the situation.  But, surely, one could make a similar argument about divisions within the United States over dealing with the economy.  And we’re not only an actual country, rather than a confusing array of overlapping treaty commitments between 27 countries, but we’ve been at it roughly two centuries longer.

It is too soon to write off the EU. It remains the world’s largest trading block. At its best, the European project is remarkably liberal: built around a single market of 27 rich and poor countries, its internal borders are far more porous to goods, capital and labour than any comparable trading area. It is an ambitious attempt to blunt the sharpest edges of globalisation, and make capitalism benign.

Right.  And, as pointed out in this space perhaps to the point of beating a dead horse, it’s a project still in its infancy.  "Europe" remains very much a "project." It doesn’t actually exist yet as a finished product. And it likely won’t for quite some time.

The problem is that the “European social model” has become, too often, a synonym for a very expensive way of doing things. It has also become an end in itself, with some EU leaders calling for Europe to grow purely in order to maintain its social-welfare systems. That is a pretty depressing call to arms: become more dynamic so Europe can still afford old-age pensions and unemployment benefits.

Europe — or, more precisely, its constituent nation states — invented the welfare state and the small family.   Those incompatible realities, combined with wonderful advances in science and technology that keep people alive well into their seventies and beyond, are coming home to roost.   It’s happening elsewhere  — certainly to include the United States — as well, but it’s happening in Europe first.   And it would have happened with or without the EU project.

Europe is in desperate need of good ideas and leadership. Too many EU leaders have tried to secure voter consent for bailing out weak links like Greece by murmuring darkly about “Anglo-Saxon” conspiracies to destroy the euro, and presenting bail-out mechanisms as a way to impose the will of the state over “speculators”. Imaginary enemies are a desperate ruse to provide the union with coherence.

Again, Europe is hardly alone here.  Western democracies — again, certainly including the one headquartered a few blocks from my office  — all feature leaders who put off making hard choices beyond the breaking point because of the incentives of electoral politics.

The rest of the piece is very much worth the read.   The problems described are quite real.  Without question, the failure of the European project would be devastating.    But the default mode of political commentary is to project very short-term trends as far as the eye can see.   Political parties currently in the ascendancy will create a permanent realignment!  Booming economies rewrite all the old rules, creating permanent growth and the repeal of the business cycle!  The Dow will hit 30,000!   The middle class is doomed!   We’ll never get back to previous levels of employment!   Our politicians won’t lead!

Except for the last one, which seems to be a constant, the fact remains that, as the late economist Herbert Stein observed, "That which is unsustainable will not be sustained."   At some point, Europe’s politicians — and our own — will be forced to make hard choices.  Until then, they’ll dilly dally.

But, ultimately, either the Germans will prevail and persuade their eurozone comrades into austerity, the French will persuade the Germans to be more free with their purse, or some other alternative will be chosen because circumstances force choices to be made.  Maybe Greece will still be part of the Eurozone, maybe it won’t.  Maybe — although I very much doubt it —  Germany will decide that going back to the Deutsche Mark makes the most sense and they’ll take their lumps.

Regardless of the policy choices made, it’s unfathomable that Germany, France, the United Kingdom, and most of the other members of the EU will decide that they’d be better off not cooperating with one another in some very intense fashion on economic and security issues.  Indeed, it’s just inconceivable that any but the most tangential current EU member won’t be part of a free trade, open border zone with all the others.  The benefits are so large and so engrained in the European culture at this point that abandoning progress would be mad.