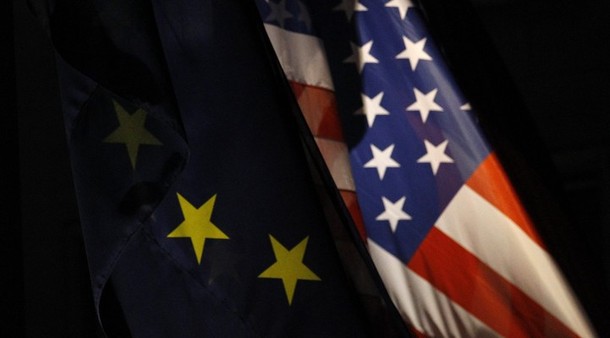 Indeed, NATO has been confronted with challenges before. But it was never confronted with a change of roles the US is making today, namely taking a step backwards and “leading from behind.”

How Europe will adjust to that change of roles is of crucial importance for the future of the continent. Naturally, it is too early and too difficult to say now what the final answer will be.  Logically, if the Europeans want to preserve their security, they will have to fill in the inevitable gap created by the US retrenchment. The question is: will the Europeans want to preserve that level? And, if so, will they be willing and capable to do it, given the huge problems with which the EU is currently confronted internally?

Even if there is no disagreement over the need to step up Europe’s contribution to make up for the US retrenchment, there is no agreement on how to do it. More precisely, given the dimension of the current financial and economic problems facing the continent, the Europeans are no longer in the comfortable position to pursue a dual track approach to defense through NATO and through the EU’s Common Security and Defense Policy (CSDP). They will have to choose between the two, simply because there is not enough money to do both! That “luxury” seems gone.

This “negatively incentivized” integration is accompanied by the concentration of EU decision making at the level of the Eurozone members. But, as security is “indivisible,” that creates a potentially major problem–given the fact that some major contributors, like the UK and Poland, are not part of that zone.

In practice, if Berlin and Paris set the economic and financial agenda for the EU, Paris and London are the two capitals relevant for the defense agenda. However, to complicate matters even further, while London is resisting the current Eurozone integration, Berlin is refusing to increase its defense contribution to either NATO or the EU.

Therefore, first, the EU should start evaluating the impact of the current financial and economic decisions to solve the sovereign debt problem with its defense–while taking into account the US retrenchment. Second, it should start evaluating where its defense effort is more cost-effective: within the existing NATO, or within the Eurozone (provided it can harness the contribution of the non Eurozone members).

And, if Libya is of any significance in this respect, the proper “seat of the matter” is NATO rather than the EU (more so, if Lord Robertson’s and Thomas Valasek’s proposal to initiate a “European Intelligence Review” is accepted and becomes reality); simply because it is less expensive to refurbish an existing house than to build a new one.

Additionally, all of this must be considered in light of Vladimir Putin’s pledge to increase Russia’s military capabilities. The promise, made during the last days of the recently concluded electoral campaign, reminds me of the last days of the old Soviet Union. Then, the USSR stepped up the pace of the arms race only to see itself, after a decade, throwing in the towel due to economic bankruptcy.

Today, probably wanting to exploit the West’s weakening position, particularly in the military field, where the budgets are being slashed under the current crisis, Russia’s leaders have pledged to dramatically increase theirs. Thus, they probably hope that the balance can be reversed in their favor.

Only that there is a catch: Russia is not the Soviet Union and its cash flow is not provided by an integrated economy, like the USSR’s, but exclusively by an underfunded energy sector.

Even if oversimplified in the present contribution, these are crucial problems and all of us look forward to the Chicago NATO Summit (and the EU’s further ones) for direction. The hope is to obtain–if not definitive answers–at least the assurance that we get it right one more time.