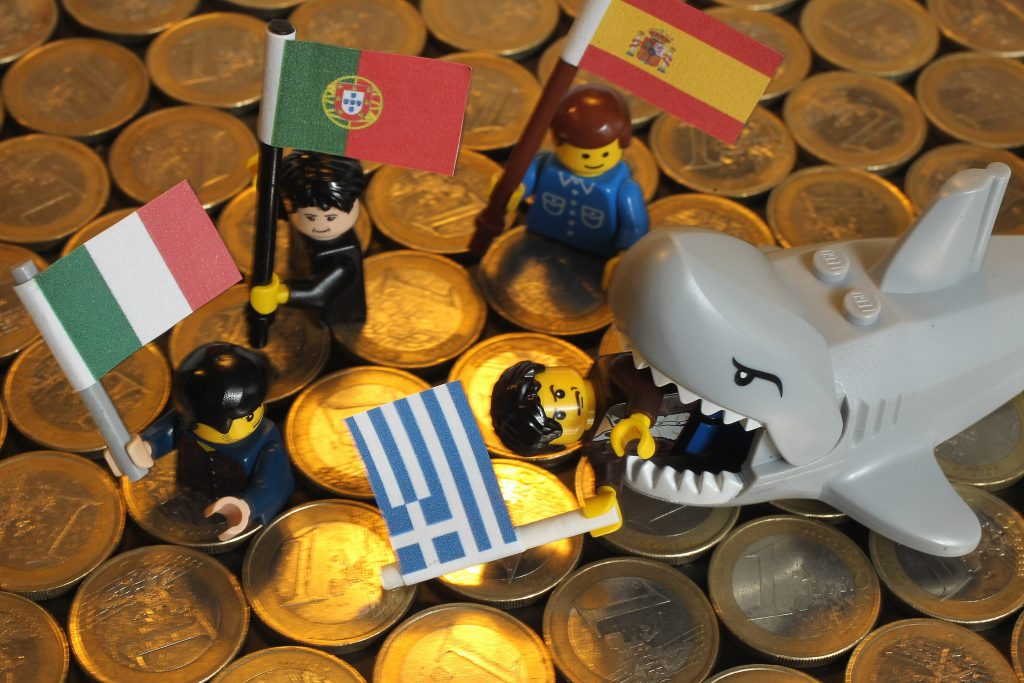 Myth has it that Trotsky believed capitalism would collapse under the weight of its own contradictions. In fact that was the so-called Ultra Leftists, as neither Lenin nor Trotsky thought capitalism would face a final reckoning, believing rather that capitalism would preserve itself at whatever cost. Only class struggle, they believed, would ensure the collapse of capitalism. However, if alive today Trotsky would doubtless believe the EU likely to collapse under the weight of its own copious contradictions. At present all that is holding the Eurozone up is Euro-Aristocratic hot air, Imperial levels of wishful thinking, and my impoverishment through huge transfers of my Dutch taxpayer’s money.

Since I wrote “A Sad Day for Europe” last week I have been ‘assailed’ by various factions of Euro-frippery. Some have been genuine but naïve, others well-intended but misguided, and not a few self-serving and cynical (and not a few of those from within the Brussels machine). One even suggested that in time I would face the latter day version of the Spanish Inquisition. No disrespect to my Spanish friends but I suggested in retort that the Inquisition could afford neither the train fare nor the comfy chair (old Monty Python joke). What all had in common was a complete inability to consider what is happening to Europe analytically. This lack of analysis suggests that the Eurozone crisis is morphing into an ideological crisis and with it a retreat into a false consciousness (Marx) that is worse the closer one gets to Brussels Centre.

Put simply, there is no pan-European demos upon which a democratic political union could be established, only a weak and frankly risible European Parliament which cannot hold itself to account let alone Europe’s pretend government-in-waiting, the European Commission. Worse, in the struggle for a mythical but unattainable European polis the writ of the European Council, the only truly legitimate inter-governmental EU body, is being daily undermined by the Parliament and the Commission in a Brussels Centre power struggle that is adding to the chronic uncertainty about where power lies, who exerts it and who, if anyone, has control. As these people fiddle the Eurozone crisis gets daily worse and Europe’s people are lulled ever deeper into a false sense of security.

Until Europe is led back towards competitiveness and profitability it is only a matter of time before the Euro fails. Instead Eurozone ‘leaders’ are attempting to ring-fence the European economy from the world economy which simply delays the inevitable crash. Printing money or making richer northern and western Europeans poorer by transferring huge sums to poorer southern and eastern Europeans without any real prospect of structural economic reforms can only ever be a temporary fix. Europe must be made fit for the twenty-first century or fail. 2013 and 2014 will be the crunch years.

I believe in ‘Europe’ as a tight alliance of democratic nation-states. For the sake of coherence and cohesion a small Brussels-based secretariat is clearly needed to help enact the decisions of the European Council. I do not believe in a European Commission that seeks to compete with the very governments it should serve or a European Parliament full of flunkies, has-beens, and ‘friends and family of,’ Indeed, until the so-called community method is abandoned in favor of an alliance of governments I fear crisis will follow paralysis and paralysis will follow crisis. Indeed, the Eurozone crisis would be far closer to resolution if the Commission (and ‘President’ van Rompuy) had not offered plan after totally unworkable and impractical plan simply to link their insane ambitions for political union to the saving of the Euro.

If this goes on the EU will indeed collapse under the weight of its own contradictions and at a horrifying price for the European people. That is why as a European citizen, historian and political scientist it is my duty to point out to a dogmatic European uber-elite their dangerous contradictions. Therefore, I will continue to fight for a Europe that makes sense, not a fantasy Europe but a real Europe. My Europe.

Julian Lindley-French is a member of the Strategic Advisory Group of the Atlantic Council and of the Academic Advisory Board of the NATO Defence College in Rome.