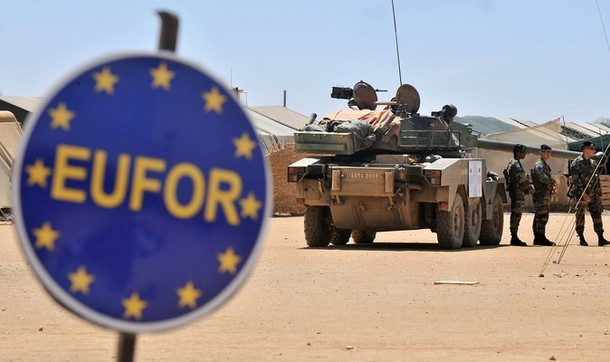 The EU’s foreign policy is in disarray after clear disagreements on the lifting of the arms embargo on Syria, many say. Is it really? This reading of events is skewed, because it assumes that every EU foreign policy action requires a consensus and an active participation of each member state. But this has seldom been the case on matters of hard power. And that is fine.

Two conclusions should be drawn from the arms embargo episode: community-based methods on foreign policy are not around the corner; but member states always seek some blessing from the EU when they want to embark on controversial endeavors.

First, the decision reflects a compromise more than a consensus. The 27 member states agreed to disagree but still to move forward with the initiative. Some may say that this is better than on Mali where no EU military operation was discussed except the EU Training Mission which has no kinetic mandate, and worse than on Libya, where the EU did agree on a military operation— EUFOR Libya—that however came with such unreachable conditions that it was actually never launched. The problem, for those who advocate for a more active, forceful and united EU foreign policy, is that it hints at more community-based methods. But foreign and defense policy firmly remain first national, then possibly European.

Second, this proves once again that member states are leery when it comes to using the EU to implement hard power decisions. Providing arms falls in that category. Most countries also raised legitimate questions and moral arguments. Yet the underlying principle remains that any recourse to any type of force is extremely sensitive within the EU. It has become almost a platitude, but the EU has only recently adopted sanctions against third countries as an acceptable hard power tool in external policy. Previously, coming to an agreement on any kind of restrictive measure (sanctions, asset freezing, or travel restrictions) was far more polemical. The switch occurred respectively with Ivory Coast, Belarus, Libya, and Syria. Yet, sanctions feature in the low-end of hard power politics.

Third, it shows that the EU is a force for legitimacy rather than a force for action. Should the lifting of the arms embargo have been refused, it is unlikely that France and the United Kingdom would have gone along with potential plans to provide military items to the Syrian rebels. It would have been illegal; let us not underestimate this argument. The two would have felt like mavericks amongst their own friends—never an enjoyable position in international politics. Last but not least, they would have been left with no legitimacy but their own, a thin veil in the eyes of their international partners. The decision that the foreign ministers made on Monday simply gives the French and the British what they want: They can mention the EU’s mandate if they indeed arm the rebels. In Mali, France did not want an EU operation, just political support—which it got—and could brandish UN Security Council Resolution 2085 to legitimize Operation Serval.  In the end, those episodes do not illustrate that the EU is incapable of acting forcefully, simply that member states still do not believe it can. Yet, they will extremely rarely conduct foreign policy actions without seeking the support—either institutional or political—of the EU.

Lastly, situations like the one this week may occur more often. Not only because member states are clinging to their domaines réservés, but also because we are likely to see increasing divisions between countries who have the political willingness, the resources, and the means to be actors in international politics and those which are lacking one or more of those elements. The economic crisis has strengthened the divisions. Some countries now have decreased means and have narrowed down their international focus, but also some may just see international politics as a distraction to more pressing business within the EU. In other words, actions regarding Libya, Mali, and Syria by the French and the Brits do not show that the two countries are more ambitious than before, rather the limits of consensus that member states can reach when it comes to making tough decisions in foreign policy.

What happened on Monday could actually provide a template for the future. When the EU is not ready to move forward collectively because of internal disagreements, it should not prevent more proactive countries to act if they take up the responsibilities of their actions. It might demote the EU as a political actor, but it may be a better alternative for now to an EU ever tormented by opposed strategic priorities and unable to act on issues that go beyond consensual policies.

Vivien Pertusot is head of office in Brussels for the French Institute for International Relations (Ifri). He can be followed on Twitter at @VPertusot.