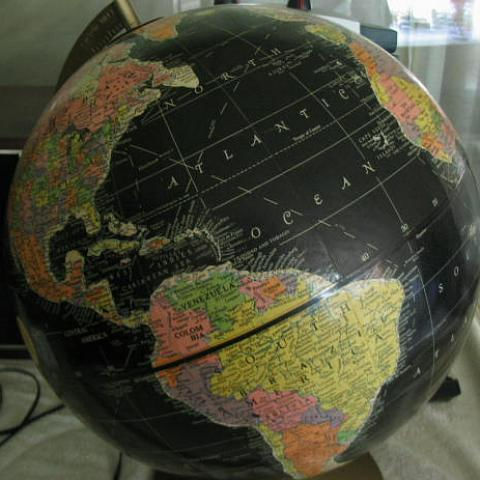 For some reason, American strategic planners can only conceive of the “Atlantic community” along an east-west axis. Azerbaijan, lying on the western shore of the Caspian Sea, can aspire to membership in the Euro-Atlantic world; after all, it is part of the European Union’s “Eastern Partnership” initiative and aspires to eventual NATO membership. Yet inexplicably, the Rio Grande forms some sort of permanent and eternal barrier between the Atlantic world of “the West” and “the rest.” There is the “trans-Atlantic relationship” and there is outreach to the Western Hemisphere, and never the twain shall meet, at least in the eyes of the Washington foreign policy community.

So why not think about combining the two, into some sort of extended or expanded “north and south” Atlantic community?

The “Atlantic community” was defined in the 20th century by two major geopolitical threats to the heart of Europe: Nazi Germany and then the Soviet Union. It is understandable why a number of countries along the littoral of the Atlantic Ocean were not seen as critical to the alliance to contain and then roll back these two challengers. In the 21st century, however, it may be time to reconsider the notion of what constitutes the community. Beyond the “core” of the countries that form the NATO alliance, perhaps it is time to consider new outreaches to the Atlantic south — both in terms of Africa and the rest of the Western hemisphere — akin to the EU’s “Eastern Partnership” — to create an expanded Atlantic community that brings together the democracies and democratizing states of Latin America, the Caribbean, and Western Africa with the “Atlantic core” of North America and Europe — and brings into closer coordination the immense natural resources and human capital of these regions. Why shouldn’t Europe (and the U.S., for that matter) reorient its need for raw materials and for labor to an extended Atlantic community?

Simon Dalby, a geography professor at Carleton University, recently noted in Foreign Policy that the world of the 21st century is redefining its trade and business associations. He wrote, “The trade routes across the Indian Ocean and South China Sea are newly important because Asia, having finally shaken its legacy of imperial disruption, is now driving economic activity in line with its population.”   For the Atlantic world, therefore, it may be time to consolidate itself where there are already affinities and interests in place. For as much as we hear about how important Afghanistan is to the Western world, the reality is that it is going to be Chinese (and perhaps Indian) companies far more than European or American ones which
are going to make the major investments into that country’s natural resource and consumer sectors.

Drug traffickers, not held in the thrall of any sort of geographically-defined ideology, already recognize the outlines of an extended Atlantic community — with narcotics produced in South America, transited across the Atlantic Ocean to West Africa, and from there brought into European markets. No matter how the State Department or the Pentagon craft careful divisions of the world into distinct and separate regions, there are now growing, multiple trans-Atlantic links as well as emerging “north-south” axes — Europe looking across the Mediterranean and a growing, if belated, interest in the U.S. in the Western hemisphere.

It is quite telling that many see the energy security of Europe (and by extension, that of the Atlantic community) as depending on success in a complex series of competitions across the Eurasian plain with other major powers such as Russia, China, Iran and India. Yet, an “extended”Atlantic community would have more than enough energy to satisfy the needs of its members — from West Africa’s Gulf of Guinea to Canada’s oil sands to Brazil’s ambitious ethanol program. Instead of worrying about the shifting balance of natural gas contracts in Turkmenistan and what that means for filling the pipelines controlled by China, Russia or a future NABUCCO consortium, why not commit instead to linking the natural resource endowments of Western Africa to Europe via a trans-Sahara line? Develop a fleet of north Atlantic liquid natural gas tankers conveying American gas to European consumers? And speaking of ships, why not expand the security community for the Atlantic ocean? If Brazil is moving to develop its own indigenous nuclear submarines and to expand the reach and scope of its navy, why shouldn’t it be invited to play a greater role in keeping the Atlantic sea lanes of communication open? The 20th century view, that Atlantic security is something primarily forthe U.S. and the UK to do, seems more and more outdated.

We already have the EU-Latin America and Caribbean Summit, which meets every two years as part of the Rio group, which is a framework for organizing relations between the EU, Latin America and the Caribbean. Why not bring the U.S. and Canada into this process, consider whether ECOWAS (the Economic Community of West African States) could also participate, and create a security dialogue that would incorporate NATO? We have the inchoate beginnings of an extended Atlantic community in place—but it will take political will and focus to move beyond the declarations that these summits often produce toward real progress. But a focus on deepening the north-south dimension of the Atlantic world might just be what a faltering U.S.-Europe trans-Atlantic relationship needs to regenerate itself.

Nikolas K. Gvosdev, an Atlantic Council contributing editor, is on the faculty of the U.S. Naval War College.  The views expressed are his own and do not reflect those of the Navy or the U.S. government. Photo by Flickr user Brandy Shaul under Creative Commons license.