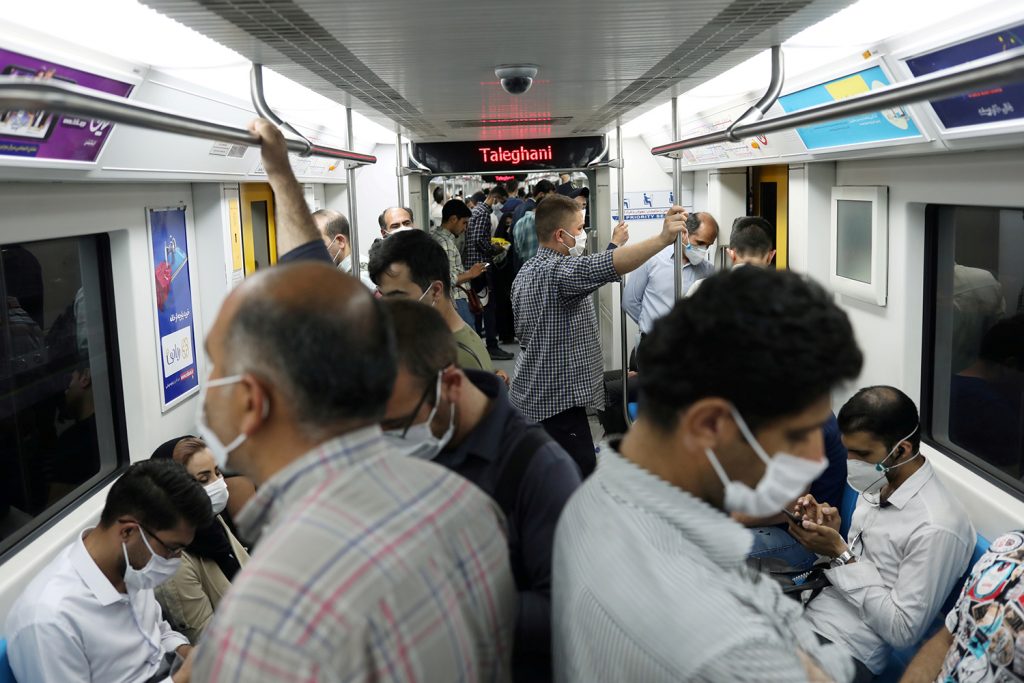 Iran was already engulfed in turmoil early this year—with the January 3 US drone strike killing top Iranian commander Qasem Soleimani in Baghdad, followed by the military’s January 8 accidental downing of a Ukrainian passenger jet that killed 176 people and triggered protests in Tehran—when the coronavirus hit Iran with a vengeance.

Since mid-February, the pandemic has spread rapidly throughout Iran. By July 9, the country ranked tenth worldwide in COVID-19 cases, with 250,458 officially confirmed infections—more than Italy—and 12,305 deaths. A record 200 people died on July 8 alone, the government admitted.

Complicating matters, Iran has recently been rocked by a series of mysterious fires and explosions that since June have caused considerable damage at six facilities, including the Parchin missile production plant and the Natanz nuclear facility.

Yet how much Iran’s 84 million people actually know about events inside their own country is debatable, given Tehran’s heavy-handed censorship and a global disinformation campaign that blames all crises, including COVID-19, on foreigners and perceived enemies of the regime.

Farhad Souzanchi is director of research and media at Toronto-based ASL19 and the editor of Factnameh, a political fact-checking website launched in 2013. He said Iran’s first case of coronavirus was reported on February 19—only two days before the country’s parliamentary elections—but that the government had actively denied it to prevent any impact on voter turnout.

Leading Islamic clerics, some even claiming medical credentials, posted videos online urging their fellow Iranians to protect themselves from the virus by drinking camel urine or swabbing their anus with cotton dipped in violet oil.

“Unfortunately, many people fell for these tricks out of desperation,” said Souzanchi. “I was talking to some of them on messaging apps and they were really frustrated. They didn’t know who to believe. People who don’t have the necessary tools to find good, factual information will make bad decisions that can harm them their families and others.”

Holly Dagres, nonresident fellow at the Atlantic Council and editor of IranSource blog, said Iranian officials saw opportunity in the Black Lives Matter protests that unfolded across the United States in the wake of the Minneapolis police killing of George Floyd as a “a propaganda gift to the Islamic Republic.”

Ironically, Dagres said, government authorities in Mashad staged a candlelight vigil for Floyd—even as Iranian citizens were themselves prohibited from holding similar vigils for protesters killed during nationwide unrest in November 2019.

“Officials saw the protests as an opportunity to call out US hypocrisy on its human rights stance,” she said, noting that Persian-language articles in Iran repeated George Floyd’s name no less than 4,600 times. “But when you look more closely, most of their tweets were about sanctions reimposed by the Trump administration. Anytime there are protests in the US, you can count on Iran to exploit them and use them to hide their own human rights violations.”

“In the face of the pandemic, Iran became the subject of harsh criticism, mostly led by Saudi state media accusing Iran of handing the outbreak poorly, highlighting the relationship between Iran and proxy groups across the region—including Yemen, Syria, and Lebanon— and how that facilitates the spread of the virus throughout the Middle East,” she said.

“This led to demonizing the Shia population in predominantly Sunni countries such as Saudi Arabia and Bahrain,” she said. “On Twitter, we saw Saudi-led and in some cases Egyptian-led campaigns using hashtag #IranExportsCoronavirus. On the other hand, Saudi Arabia did a pretty good job of praising themselves in terms of how they handled the pandemic.”

In March, Iran’s supreme leader, Ayatollah Ali Khamenei, even went so far as to allege that COVID-19 was engineered by US scientists “and specifically built for Iran using the genetic data of Iranians, which they have obtained through different means.”

“But it seems they need to come up with an excuse, an answer to the public why they’re in this mess,” he responded, adding that it’s Tehran’s typical approach to blame foreigners and enemies for everything that ills Iran—including the current COVID-19 crisis. “They make up as they go along. It’s a way to save face in these situations.”

Michael Lipin, an editor at the Voice of America’s Persian-language service, said his main sources of news are non-governmental organizations inside Iran, as well as Iran-based relatives of activists who are jailed and cannot speak for themselves, and user-generated content from Iranians themselves showing how COVID-19 has upended their daily lives.

“What has been striking for me is the number of Iranians who have told us we can publish their full names, despite Iran’s hostility towards VOA,” Lipin said. “Despite the risk, VOA Persian has been able to interview twenty-two Iran-based activists and relatives since February. Sixteen of the Iran-based interviewees were confident enough for us to use their full names, while six others spoke to us on background.”

Lipin speculated that these Iranians were willing to take such risks for two main reasons.

“Some believe the Iranian government can’t do much to hurt them because they’re retired and no longer rely on the government for work,” he said. “Others believe that in the long run, gaining international attention for their cause and raising awareness about the plight of a loved one in jail will be better for them than staying silent.”

How to fix the “maximum pressure” campaign on Iran

The Trump administration’s strategy suffers from internal tensions and inherent contradictions that have undermined its effectiveness from the beginning.

The United States needs an Iran strategy, not a ‘campaign’

The United States’ policy towards Iran has reached an impasse. The Trump administration will have gone a full term without a meaningful strategy towards this historic rival.

Over the past few weeks, Iranian officials have not shied away from condemning the killing of George Floyd, an unarmed African American man, by a police officer in Minneapolis, Minnesota on May 25.