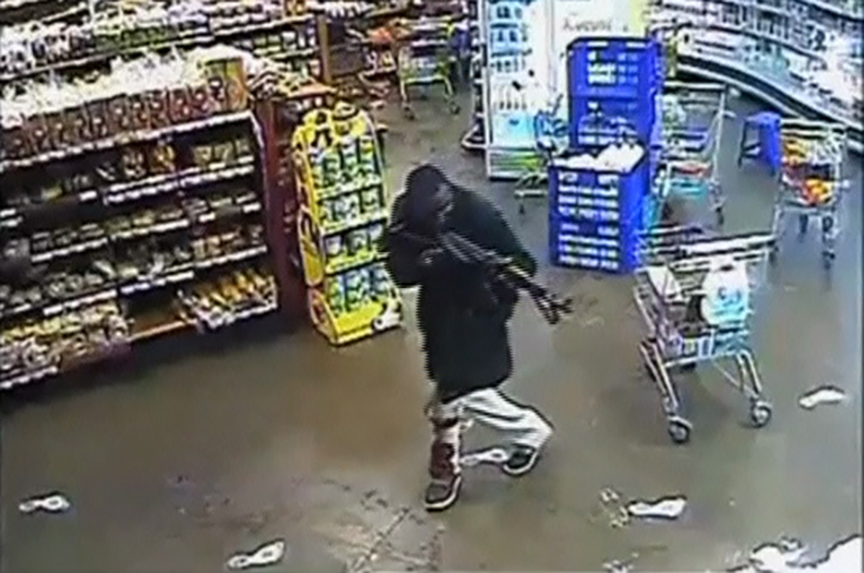 September 21, 2013, started out like any other day at the Westgate mall. Shoppers in search of deals strolled unaware that their lives would soon be changed forever. At midday, heavily armed militants lobbing grenades and firing indiscriminately turned the upscale shopping center in Kenya’s capital city, Nairobi, into a war zone. Security forces, caught off guard and woefully unprepared, struggled to rescue hundreds of shoppers and hunt down the assailants. By the end of a four-day siege—the worst attack on Kenyan soil since the 1998 US Embassy bombing by al Qaeda—sixty-seven people were dead and more than two hundred wounded. Al-Shabaab, a Somalia-based terrorist group that has pledged allegiance to al Qaeda, claimed responsibility for the attack.

Another somber anniversary will be marked in the first week of October. In 1993, in a battle fought over two days—October 3 and 4—Somali gunmen loyal to the warlord Mohamed Farah Aideed killed eighteen US soldiers, wounded seventy-three others, and shot down two US Army Black Hawk helicopters. The battle prompted the United States to abandon a mission originally intended to support United Nations humanitarian operations in Mogadishu.

Fast-forward to 2018. US forces—working with the African Union Mission in Somalia (AMISOM) and Somali security forces—have steadily ratcheted up counterterrorism operations in Somalia.

Noting the precision of these operations, J. Peter Pham, vice president for research and regional initiatives and director of the Atlantic Council’s Africa Center, said: “Long gone are the days when US forces narrowly, but all too regularly, missed a guy here or there.”

“There are instances where US missiles have struck large groups of Shabaab gathered in one place as well as successfully hitting high-value terrorist targets,” Pham said.

Bronwyn Bruton, director of programs and studies and deputy director of the Africa Center, said the impact of US operations—and of the African Union (AU) peacekeeping mission—has been mixed in Somalia. “Al-Shabaab has been forced to surrender its hold on most of the territory of southern Somalia. But Shabaab forces still move throughout the country with ease and impunity, and are still highly capable of spoiling Western efforts to expand the government’s control of territory,” Bruton said.

“Beyond the short-term goal of reducing Shabaab’s hold on territory, however, US and AU efforts have been a profound failure,” she said. “The desire to resist US and AU efforts to impose a government on Somalia has been the unifying force behind a very disparate group of Islamist, clan, criminal and anti-government actors, and perceptions of a foreign ‘invasion’ of Somalia have certainly fueled al-Shabaab’s recruitment efforts, both locally and internationally. When AU forces eventually withdraw—as they must, sooner or later—it’s likely that al-Shabaab will quickly retake every inch of ground that it has lost.”

Pham said while the current Somali president, Mohamed Abdullahi Mohamed, has done better than his predecessors “that is a pretty low bar.”

“By any objective standard,” said Bruton, “the Somali government remains the most corrupt and incompetent government in the world.”

The State Department, in its Country Report on Terrorism 2017 released this week, said al-Shabaab remains a threat to regional security in East Africa. “It retained safe haven, access to recruits and resources, and de facto control over large parts of Somalia through which it moves freely,” the report says. “Al-Shabaab maintained its allegiance to al-Qaeda, remaining intent on limiting the influence and reach of the northern Somalia-based group of ISIS-linked fighters responsible for local suicide bombings and other attacks against Somali security forces.”

Al-Shabaab is an organization that “has historically had links to global terrorism and networks like al Qaeda,” said Pham.

According to the State Department report, despite facing “significant military pressure during 2017” al-Shabaab “still maintained control over large portions” of Somalia. The group, for example, was believed responsible for an October 2017 bombing in Mogadishu that killed more than 500 people and wounded several hundred.

The State Department report said Kenya witnessed a “significant increase” in al-Shabaab terrorist attacks in the region bordering Somalia in 2017. It goes on to describe Kenya as “a strong US partner in counterterrorism investigation, prosecution, and incident response, and continued to play an important role in regional counterterrorism cooperation.”

“What we don’t pay attention to is how much Kenya has borne the cost of this war,” said Pham. “Kenya, for a number of years, suffered weekly, if not daily, incursions from Shabaab.”

The Kenyan government has “fought the hard fight,” Pham added.

Calibrating the US response

On the military level, the United States needs to encourage the Somali government to take the lead on counterterrorism operations, said Pham, suggesting that Washington dial back its operations in Somalia.

“The recalibration of US operations in Africa as a whole, which is taking place on the orders of [US] Secretary [of Defense James] Mattis, is necessary because we have eliminated high-value targets and it is neither the job of the US military nor is it sustainable over the long term that the US chase after every single terrorist,” said Pham. That is the job of the Somali armed forces, he contended.

“The ubiquitous nature of the US involvement can often be a crutch that prevents the Somali armed forces” from stepping up to the plate, he added.

On the political level, Pham suggested that the United States encourage the Somali government to build a sustainable political framework. After all, he said, “the only way you defeat an insurgency of any kind is through a political solution.”

“The Somali government needs to be encouraged to share power and resources with regional and local authorities who are closest to the Somali people,” said Pham, noting the prevailing crisis between the regional states and the federal government. “That very political stalemate creates the space for groups like ISIS, which has more recently established a presence in Somalia, and Shabaab.”

According to Bruton, the current Somali government “is still not regarded as a credible institution by the majority of Somalis, and it will not survive the withdrawal of African Union peacekeeping troops from Somalia.”

“US support for the Somali government—from the Bush administration onwards—has always been tepid and inadequate,” she said. “However, it is not clear that it would be desirable from a policy perspective for the Trump administration to do more to support an institution that is unlikely to become viable.”

Image: A gunman, seen in this still frame taken from security camera footage, aimed his rifle inside a store during an attack in September 2013 on the Westgate shopping mall in Nairobi, Kenya. At the end of a four-day siege, sixty-seven people were dead and more than two hundred wounded. (Reuters)