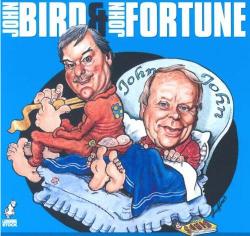 This video features British humorists “John Bird and John Fortune (the Long Johns) brilliantly, and accurately, describing the mindset of the investment banking community in this satirical interview.”

Amusingly, the video was posted to YouTube on February 8 and the dialog has clues that it was recorded earlier than that.  Indeed, it appears to be nearly a year old.  It still holds up remarkably well and seems to have been given new life by posting on MoneyScience earlier in the week.