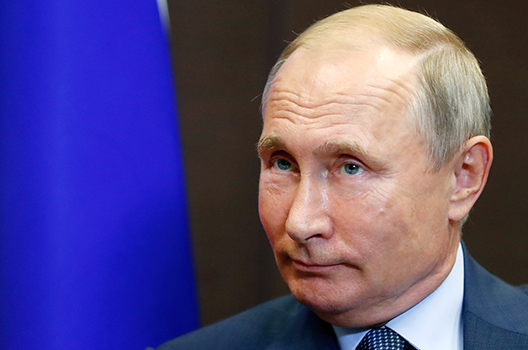 When a cache of secret documents detailing a global network of offshore assets, the so-called Panama Papers, was released to the public in 2016, the name of a St. Petersburg cellist, Sergei Roldugin, broke into the news. The documents revealed that Roldugin, a childhood friend of Russian President Vladimir Putin, had received more than $2 billion from the Russian state and oligarchs and was presumably holding that wealth for his friend.

The tight-knit—and tight-lipped—network of Russian influencers and dark money connected to the Kremlin is the subject of a report, “How the United States Can Combat Russia’s Kleptocracy,” by Anders Åslund, a resident senior fellow at the Atlantic Council’s Eurasia Center. Åslund details how Putin solidified his control over Russia by systematically dominating three circles of power: the state apparatus, including law enforcement agencies and courts, large state-owned companies, and his cronies. Since first becoming president in 2000, Putin has combined this ambition with enriching himself and his associates in Russia’s ruling elite.

In this report, Åslund focuses most of his attention on a fourth circle of Putin’s might: offshore assets. If Putin’s grip on power was to be threatened, his offshore wealth could be critical to defend his political power. Holding onto this financial reserve is key for Putin. “If you have a lot of money, you better keep it somewhere safe,” Åslund said at an Atlantic Council event launching the report in late July. “Where is safe? Not too many places. If the money is of dubious origin, it needs to be kept anonymous.” For Putin and his cronies, keeping their money safe and secure, rather than earning a profit on his capital, is the primary concern. This is obvious, Åslund writes, from “the many empty luxury buildings bought with Russian dark money in London’s Belgravia, New York, and Miami.”

Large-scale money laundering requires strong property rights or rule of law, the acceptance of anonymous ownership, and great “financial depth,” or large asset markets. The flow of money from the Kremlin usually passes through Cyprus onto the British Virgin Islands and further to the Cayman Islands. In each offshore haven, several layers of anonymous shell companies are added to disguise the real owner. According to the report, seriously dirty funds are tucked away under twenty or thirty shell companies before landing either in the United States (predominantly in Wilmington, Delaware) or in the United Kingdom. Both countries have several important features that make them the biggest money laundering centers in the world. Anglo-American law offers strong property rights and allows extensive usage of anonymous companies, and these two countries have vast asset markets.

In the United States, money laundering is facilitated by the legal use of limited liability companies (LLCs) with anonymous owners, an expansive real-estate market, and the exploitation of attorney-client privilege to secretly funnel dark money into law firms. In 2015, the US Treasury estimated that $300 billion a year was laundered in the United States. Despite the abundance of dark money, the United States has, so far, publicized only three cases of identifying and seizing hidden Russian money.

Finally, the United States should put an end to the loopholes that allow financial inflows to be hidden. The temporary exemption granted to real estate in the Patriot Act, as well as attorney-client privilege in international money transfers and large cash payments, allow Russians to legally hide their money in the United States. Instead, all foreign money transfers, Åslund writes, should be subject to oversight by relevant US financial regulators.

By allowing Putin and his associates to park their money in the United States, Washington is helping Putin rob his country, says Åslund. The American public is amenable to action on this—sixty-eight percent of Americans have an unfavorable view of Putin. Åslund warns that to avoid being complicit in Putin’s actions, Washington must act now to show this undue secrecy the way out.