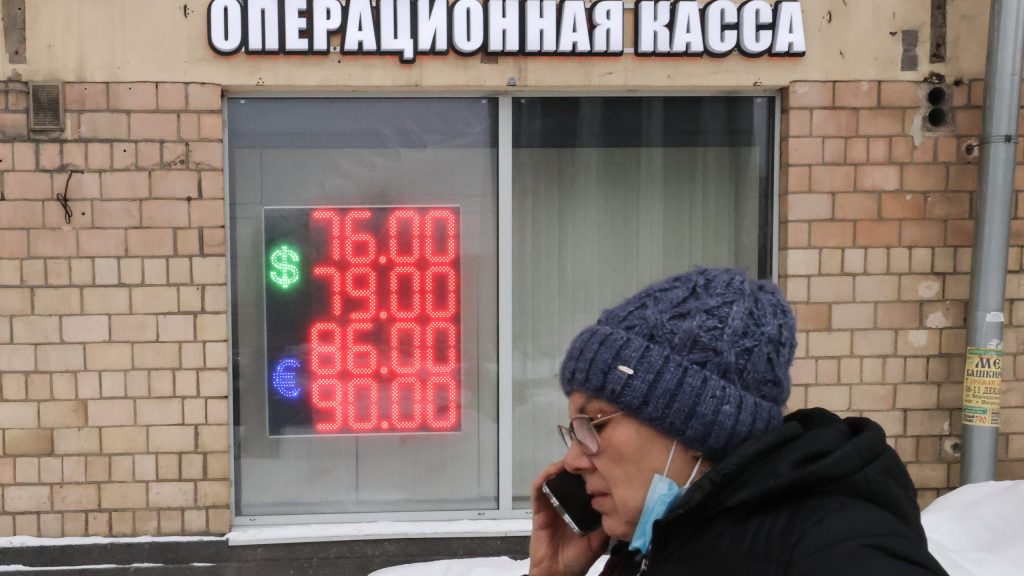 Just a year into his term, US President Joe Biden is attempting to pull off a high-wire foreign-policy balancing act to defend Ukraine from another Russian invasion. Moscow has massed more than one hundred thousand soldiers and heavy weaponry along Ukraine’s borders with Russia and Belarus, enough to start a major land war if and when Russian President Vladimir Putin decides.

The United States and its Western allies have understandably taken direct military action off the table as a response to any new Russian aggression. Instead, the White House is counting on the threat of severe sanctions and shifts of NATO forces to the east to deter Putin, alongside an offer to address Moscow’s practical security concerns—a two-track approach of pressure and diplomacy.

Following through on this strategy will mean pain for ordinary Russians that could also spill over to the global economy, with some degree of financial blowback possible. But the West must weigh those downsides against the even grimmer prospect of a full-blown conflict in which Ukrainian forces are likely to struggle against the Russian army (despite sizable arms shipments to Kyiv in recent weeks) in a war of territorial conquest. This is a crisis of Putin’s making, and there are no cost-free options; the least bad option is to prepare sanctions that can sow chaos in Russia’s economy if Putin invades.

The gradualism and proportionality of previous rounds of sanctions against Russia simply won’t work—a fact the administration readily acknowledges. Pressure cannot be limited to a single sector or interest group. Measures must be designed to significantly harm the Russian economy, laying bare the dire consequences of Putin’s aggression.

A tempting place to start is the energy sector, which accounts for around 15 percent of Russia’s gross domestic product, more than one-third of the country’s budget, and more than half of its export revenues. The problem? With high oil prices and a supply crunch of natural gas, especially to Europe, substantial restrictions on Russia’s energy sector appear unlikely, at least in any initial sanctions. Instead, the Biden administration has previewed a range of impressive new measures targeting Putin’s corrupt network of oligarchs, bagmen, princelings, and even the president himself, as wells as novel export controls that would choke off Russia’s technological capabilities over the medium term.

Hitting where it would really hurt

The most impactful economic weapon to dissuade Putin, though, is the threat of a massive escalation of financial-sector sanctions. In fact, banking sanctions carefully designed to deliver a hammer blow against the Russian financial sector would be a powerful tool that harms all sectors of Russia’s economy without even restricting the country’s energy industry. Russia’s banking industry is highly concentrated; the four largest state-owned banks control around 55 percent of the entire sector’s assets. Their footprint extends across the entirety of the Russian economy; they rely on Western financial markets to which few, if any, alternatives exist (China’s banks cannot make up the difference); and they have a highly leveraged structure, which makes them vulnerable to panics.

Sanctions against some combination of these banks—Sberbank, VTB, Gazprombank, and Russian Agricultural Bank—plus the state-owned development bank VEB would reverberate across the Russian economy. The effects wouldn’t be limited to any one industry, even one as strategically important as energy. Together, Sberbank and VTB hold nearly 60 percent of all household deposits, and more than half of Russian wages and pensions are paid through Sberbank (by far the country’s largest bank).

Sophisticated financial institutions such as these depend on dollar access for many business functions, such as facilitating cross-border trade for their clients and maintaining their short-term liquidity needs. While the Biden administration has done a commendable job coordinating with allies, the effect of such banking sanctions would be devastating even if imposed unilaterally. European banks would almost definitely comply with them, effectively shutting Russian banks out of the euro and pound sterling in addition to the dollar.

To understand the impact and possibilities, we need to cover some banking basics. When you deposit one hundred dollars (or rubles) in a bank, it typically lends most of that money to others. Banks must keep some funds on hand (capital reserves) to ensure they can pay out depositors who withdraw cash on a daily basis. If a bank was struggling to meet withdrawal demand one day, it could borrow in overnight markets to make up for any shortfall. But no bank can pay out all of its depositors immediately.

US sanctions against Russia’s big banks would almost certainly impair their capital reserves, forcing the Kremlin to draw down its highly touted foreign currency stockpile to provide liquidity to these state-owned institutions so they can continue to meet daily demand and other capital needs. Now imagine a scenario where those reserves are also required to stabilize a plummeting ruble, some are inaccessible due to separate sanctions, and still more are used to bail out other enterprises weakened by a broader financial crunch. Suddenly, Putin’s vaunted sanctions-proofing could start to look a lot less formidable—and the Russian economy a lot more vulnerable.

This appears to be the strategy that Washington is relying upon to thwart whatever Putin may be planning in Ukraine. But only the toughest banking sanctions have a chance of providing that leverage.

It’s tempting to start incrementally—say, by limiting Russian banks’ ability to convert rubles to dollars but refraining from freezing all assets and preventing all dealings with them. But such an approach would be doomed to fail, signaling to Putin that the United States doesn’t actually have the stomach for the “unparalleled sanctions” with which the Biden administration has threatened Russia. Half-measures via sanctions less severe than full blocking would also have a limited impact in the event of an invasion, as Putin would likely be emboldened rather than deterred. The West’s threat needs to emphasize measures that could cause major dislocation, including bank failures and steep inflation.

That said, the Biden administration will need carve-outs in banking sanctions to minimize disruption to the United States and its allies and keep the impact focused on Russia. For example, some wind-down authorization will be needed to ensure that sanctioned Russian banks and their customers can pay back Western creditors (and not receive a windfall from sanctions). Allowances may also need to be made for energy supplies not touched by sanctions, and consideration given to how to treat Gazprombank’s role in managing securities that trade on US stock markets, so that ordinary investors don’t suffer too much. But if scoped properly, such exceptions are par for the course and wouldn’t undermine the impact of sanctions.

The Biden administration’s purported strategy to eschew a gradual approach is wise. Scalpel-like approaches will not deter Putin enough to keep him out of Ukraine. US financial sanctions wield outsize power due to the centrality of the dollar in global payments. Lost access to the United States and the dollar can often sound the death knell for banks. Putin is testing the West’s resolve for tough measures—and if military and energy embargo options are off the table, maximalist banking sanctions are the linchpin of an effective deterrent.

Brian O’Toole is a nonresident senior fellow with the Atlantic Council’s GeoEconomics Center and worked as senior adviser to the director of the Office of Foreign Assets Control at the US Treasury Department. Follow him on Twitter @brianoftoole.

Edward Fishman is a nonresident senior fellow at the Atlantic Council’s Eurasia Center and served at the US Department of State as a member of the secretary’s policy planning staff. Follow him on Twitter @edwardfishman.

Image: A woman walks past a digital board showing Russian ruble exchange rates against the euro and the US dollar in central Moscow on January 24, 2022. Photo by Anton Novoderezhkin/TASS/REUTERS