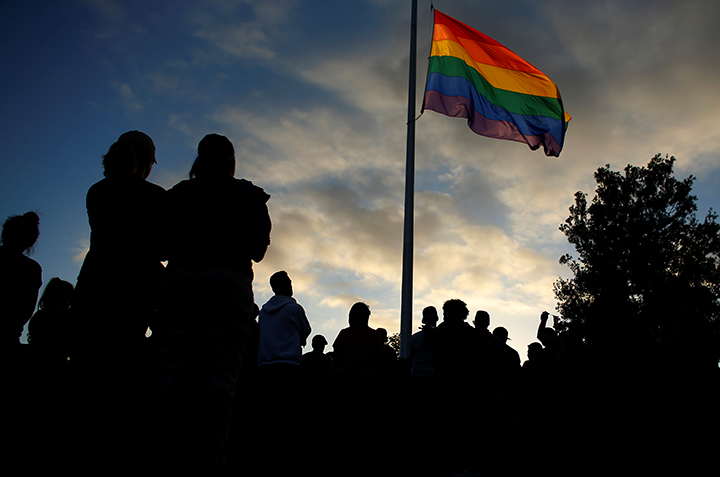 As a lone gunman’s deadly rampage at an Orlando nightclub in the early hours of June 12—the worst mass shooting in modern US history—dominated the presidential campaign rhetoric, former US officials advised the Obama administration to remain above the fray.

“If I was the White House now talking about Orlando, I would behave and speak as though the two political campaigns were not going on because I think it is really important for the administration, for the [FBI]…they have got real substantive, investigative, and policy work to do and they cannot allow themselves to get drawn into the nonsense that is this presidential campaign,” she added.

Townsend spoke in a press call hosted by the Atlantic Council on June 13. She was joined by Michael Vickers, who served as undersecretary of defense for intelligence in the Obama administration; and Michael Weiss, a nonresident senior fellow at the Atlantic Council’s Brent Scowcroft Center on International Security. Jay Solomon, a foreign affairs correspondent with the Wall Street Journal, moderated the discussion.

Omar Mateen, whom law enforcement authorities identified as the gunman in the Orlando shooting, killed forty-nine people at a club frequented by gay patrons. Mateen was shot dead in an encounter with the authorities. Midway through the incident, Mateen called 911 and pledged allegiance to the Islamic State of Iraq and al-Sham (ISIS), also known as ISIL and Daesh, but a little more than a day after the incident, his motives remain unclear.

Both Donald Trump, the Republican Party’s presumptive presidential nominee, and his Democratic rival, Hillary Rodham Clinton, on June 13 delivered speeches that focused on the attack in Orlando.

Clinton told CNN “whether you call it radical jihadism or radical Islamism, I’m happy to say either. I think they mean the same thing.” And later, in a speech in Cleveland she emphasized the need to “stem the flow of jihadists” from war zones in Iraq, Syria, and Afghanistan to the West.

“It is affirmatively dangerous for [Obama administration officials], even those at the highest political levels to be either criticizing or commenting on the comments of the candidates,” said Townsend. “If you are the White House you want to stay 1,000 percent clear.”

Some comments by both Trump and Clinton will “either be offensive or at odds with the White House,” but the administration “just wants to be sure that they are doing their job on the national security issue without allowing themselves to be pulled into the current day politics,” she added.

Vickers, while agreeing with Townsend’s advice to the White House, pointed out that calls by Trump to ban Muslims from traveling to the United States would not have prevented the Orlando shooting for one simple reason: Mateen was a US citizen who was born and raised in the United States.

Weiss agreed. “Building a wall or a temporary ban on Muslims…that is not going to do it,” he said. “The thing you have to worry about is that it is not just first-generation Muslims or even Muslim immigrants, there are lunatics and losers and psychopaths who are being lured into the ISIS orbit.”

Even as he was perpetrating the largest act of indiscriminate gun violence in the United States, Mateen dialed 911 and pledged allegiance to ISIS. However, at this early stage in the investigation his ties to the group appear tenuous. The FBI investigated Mateen in 2013 and 2014 for possible ties to an American suicide bomber, Moner Mohammad Abusalha, who appeared in a video posted by Nusra Front—an al Qaeda ally in Syria. Why then were authorities not notified when Mateen purchased the weapons a few days before the attack?

Noting that the most difficult cases of terrorism involve self-radicalized lone wolves, which is what Mateen appears to be, Townsend said there will nevertheless be questions about an intelligence failure.

“The FBI is required to make these judgments about what is aspirational, that is an individual making offensive statements that are protected, frankly, by the First Amendment, versus threats that have become operational,” she said.

When Mateen bought the guns why wasn’t his history with the FBI taken into account to deduce that he was going from being aspirationally aligned with ISIS to becoming operational, she added.

But Townsend expressed skepticism about Mateen’s ISIS connections. “Was it that he understood that if he made that allegiance he would get attention that he might not otherwise get?” she asked.

Mateen, the son of an Afghan immigrant father who pretends to be the president of Afghanistan in a personally-released video, had traveled to Saudi Arabia and the United Arab Emirates.

The FBI, which is investigating well over one hundred terrorism investigations in the United States, is stretched thin. “The question is, as a country, if we want the FBI to cover more of those threats that they identify, we are going to have to decide if we are willing to give the FBI additional resources that the current threat environment requires,” said Townsend.

She said the Obama administration will also need to look at guidelines that govern how the FBI evaluates cases and whether the bureau can look at suspects’ social media postings. Following the terrorist attack in San Bernardino, California, on December 2, 2015, the FBI employed hackers to break into the gunman’s cellphone after Apple refused to cooperate with the agency, citing customer privacy.

The United States is leading a coalition that is at war with ISIS. The terrorist group has lost a significant amount of territory in Iraq. This week, Libyan forces drove ISIS out of parts of its stronghold in the city of Sirte.

ISIS remains dangerous despite these territorial losses both in terms of the sanctuaries that it retains and in terms of its social media strategy, said Vickers. In fact, ISIS has grown faster than al Qaeda did after 9/11 in gaining territory and adherents.

“Of the two types of attacks that ISIL sponsors—directed and inspired—the latter is the most dangerous to the American homeland,” he added.

Vickers said it was important to deprive ISIS of its safe havens, particularly in Iraq and Syria, because by continuing to hold on to territory, it inspires terrorist attacks. He said it is equally important not to alienate Muslim Americans or the United States’ Islamic allies.

The coalition air campaign against ISIS in Syria and Iraq needs to be intensified and support for the Syrian opposition must also be stepped up, said Vickers. “Denying sanctuaries is a critical component of any counterterrorism policy. Will it eliminate terrorism? No. But it will certainly restrict it…as long as ISIL is perceived as a world historical movement then it inspires more attacks.”

Weiss said that even if ISIS lost its strongholds in Raqqa in Syria and Mosul in Iraq there would still be “people inspired to blow things up.”

Instead, the primary psychological operational strategy in the war on ISIS should be earning the trust of Sunni Arabs in the region. “When you have their trust they become sources of human intelligence, they are willing to go to bat for the United States,” he said. “Right now, they see the United States as at best indifferent to their plight and at worst an enemy.”

Social media is a key component of ISIS’ strategy to spread its radical message and recruit disaffected youths. Weiss said ISIS is trying to recruit among the Somali-American community in the United States. “The place to watch, according to my sources, is Minnesota where the Somali diaspora apparently is tending away from al-Shabaab now and moving more into the ISIS orbit,” he said.

Townsend said of ISIS’ social media strategy that “the far easier thing using social media is this sort of general call to arms and then you let them self-initiate.”

“From an investigators’ point of view, it is easier to identify and interrupt the direct operational control from a terror group and much harder to interrupt the cycle of self-radicalization,” she added.

Vickers described efforts to counter ISIS’ social media strategy as a “very, very tough battle,” but Weiss was not convinced that shutting down social media accounts of ISIS sympathizers will be effective because the organization is adept at finding new and innovative ways to communicate among itself.

Image: Mourners gathered under an LGBT pride flag flying at half-staff at a candlelight vigil in San Diego, California, on June 12 in memory of the victims of a shooting in Orlando, Florida. Forty-nine people were killed in the deadliest shooting in US history when a gunman, identified as Omar Mateen, a US citizen, attacked a club in Orlando. (Reuters/Mike Blake)