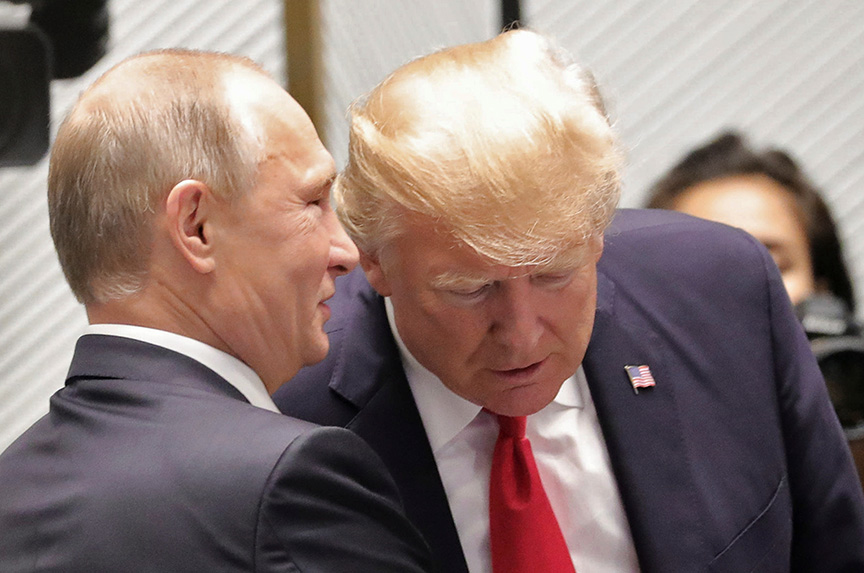 As we contemplate the promise and peril of the July 16 meeting between US President Donald J. Trump and his Russian counterpart, Vladimir Putin, past US-Russia summits can provide a guide to what can go right and what can go very, very wrong when American and Russian leaders meet.

Good Summits.  Summits can be modest in themselves, yet set the stage for breakthroughs.  US President Ronald Reagan’s first summit meeting with Soviet General Secretary Mikhail Gorbachev in November 1985 produced no dramatic agreements, but helped turn the US-Soviet agenda from hostility following the Soviet invasion of Afghanistan toward the world-changing achievements of the late-1980s/early-1990s.  The Geneva Joint Statement which emerged from that meeting merely outlined a reasonable agenda consistent with both sides’ positions at the time, but the two governments built on it.

Sometimes, dramatic summits fail but lead to better things. The famous Reagan-Gorbachev Reykjavik Summit in October of 1986 is remembered for the ambitious, but unsuccessful, attempt by the two presidents to hammer out an arms control agreement far ahead of what their respective bureaucracies could contemplate. That failure notwithstanding, both leaders came out of that experience prepared to keep working together. Gorbachev, in particular, gained the confidence to keep pushing his reforms at home and better relations with the West in general.

Reagan’s summits with Gorbachev worked because they were grounded in a strategy that was sound, sustainable, and consistent with core American values.  In the context of the Cold War, that meant US support for the Free World against Moscow’s aggression, for democracy against communism, and for a united Europe without the Iron Curtain.

Critically, in parallel with his outreach, Reagan maintained pressure on Moscow where we had to, for example, in Afghanistan and by supporting democratic dissidents in Poland and elsewhere in Soviet-controlled Europe.  Reagan also kept human rights part of the core US-Soviet agenda.  In other words, Reagan used summitry to engage the Soviets to the extent they were willing to develop common ground with us, without sacrificing either our interests or our values.

A Bad Summit.  Yalta has gone down in history as a cautionary tale of deal making at others’ expense that rebounded against both US interests and values.  The details are instructive.  President Franklin D. Roosevelt went to Yalta trying to get Joseph Stalin to join the soon-to-be established United Nations and into the war against Japan.  As a secondary objective, he also tried to salvage what he could for Poland and other countries in Central and Eastern Europe already under (or soon to be under) Soviet control, thinking he had a weak hand in that region.  Roosevelt achieved Stalin’s agreement to fight Japan (which the United States didn’t need in the end) and to join the UN (under conditions of a Soviet veto in the Security Council). But in return, Roosevelt accepted a vaguely-worded agreement, the Declaration of Liberated Europe, which contained general provisions about free elections but no means to enforce them, and no agreed understanding about what terms like “will of the people” meant in practice.  Stalin may have assumed that this was a fig leaf for a US cave.  Roosevelt thought Yalta was a success and believed that his personal relations with Stalin could compensate for the weaknesses of the agreement. He lived just long enough to learn otherwise. Roosevelt’s successor, Harry S. Truman, drew better conclusions about Stalin, but Soviet domination of Central Europe lasted forty-four years after Yalta.

The lesson is worth recalling:  when American leaders conclude agreements with dictators, details matter, as does strategic context. US aims in World War II, as expressed in the Roosevelt-Churchill Atlantic Charter of 1941, set an American Grand Strategy which Reagan followed: we sought a free, undivided Europe as part of a wider Free World. But the package deal that came out of Yalta created the impression that Roosevelt had abandoned the Atlantic Charter principles east of Germany, abandoning Poland and Central and Eastern Europe in return for other policy objectives. There is just enough truth in that charge to have weighed on the United States ever since.  Yalta teaches that deals inconsistent with our values, however expedient they appear at the moment, do not age well.

Summits as honorable failures.  President George W. Bush met with Putin on June 16, 2001, at Brdo Castle, Slovenia, at the end of Bush’s first trip to Europe as president. That meeting is chiefly remembered for Bush’s press conference remark that he had looked into Putin’s eyes and believed he could trust him. But, while derided since, that meeting generated political good will which the Bush administration turned into modest achievements, including arms control and some Russian support for the Afghanistan campaign after 9/11.  (Full disclosure: I was on the National Security Council staff at the time responsible for Russia and European policy.)

Like Roosevelt, Bush was counting on a personal touch with a Kremlin leader to advance US interests and, like Roosevelt, Bush had misjudged the Russian leader.  But unlike Roosevelt, Bush kept his Russia policy consistent with wider US values: all through the era of good feeling with Putin, Bush advanced NATO enlargement (including to the Baltics) and supported (though not instigated) democratic movements in Ukraine and Georgia. Charm cannot bridge real policy differences, but at the margin it can help, if you don’t expect too much.

The hopes generated by the Brdo Castle meeting were not realized in the end. The attempt to forge a productive relationship with Putin failed, but it was an honorable failure:  that summit advanced US interests—albeit only a little and only for a short time—in ways consistent with our values and grounded in our larger strategy.

Summit lessons.  There are plenty of other US-Russia summits to draw from: the June 1961 Kennedy-Khrushchev Vienna summit, for which US President John F. Kennedy was ill-prepared and which may have convinced Soviet leader Nikita Khrushchev that he could push around the United States and was followed by Soviet construction of the Berlin Wall and later the Cuban Missile Crisis; the Nixon-Brezhnev summits which advanced “détente,” a realpolitik policy of accommodation with the Soviet Union, which looked more important at the time than it does now; the many Clinton-Yeltsin summits during which the United States tried (and ultimately failed) to bolster the Russian president’s will to continue transformative reforms to alter Russia’s relationship with the world; and the Obama-Medvedev summits, which like the Bush-Putin summits, could be termed “honorable failures”: failures because they were based on a mistaken view of Russian intentions and honorable because when the Obama administration faced the reality of Russian aggression—this time against Ukraine—it worked with Europe to resist it.

The following lessons seem to emerge from this history:

The potential dangers of a meeting between Trump and Putin are thus clear: the US president may be overly focused on immediate media reaction and overestimate the power of personal chemistry, both in general and in particular with Putin. The Trump administration may have a declaratory Russia strategy, but the president does not seem capable of adhering to it (for example, advocacy of return to the G8, mixed signals on sanctions, strange messages about Crimea). The president’s lack of attention to detail, combined with impulsiveness, can easily generate misunderstandings with nasty on-the-ground consequences.  And Trump, in general, seems reluctant to change course on a policy with which he is personally associated.

In short, hang on for another bumpy ride.

Daniel Fried is a distinguished fellow in the Atlantic Council’s Future Europe Initiative and Eurasia Center. In  the course of his forty-year Foreign Service career, Fried played a key role in designing and implementing US policy in Europe after the fall of the Soviet Union. As State Department coordinator for sanctions policy, he crafted US sanctions against Russia, the largest US sanctions program to date, and negotiated the imposition of similar sanctions by Europe, Canada, Japan, and Australia.

Image: US President Donald J. Trump and Russian President Vladimir Putin talk before a session of the APEC summit in Danang, Vietnam, on November 11, 2017. (Sputnik/Mikhail Klimentyev/Kremlin via Reuters)