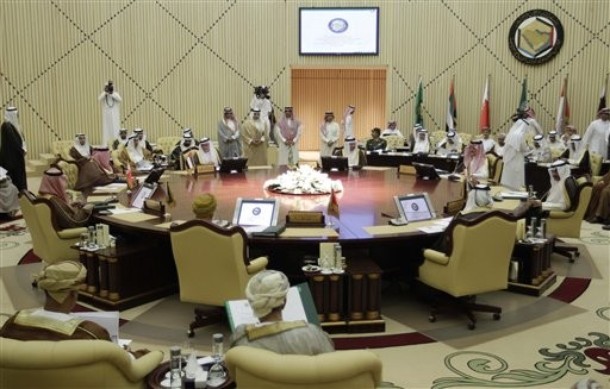 In mid-May, leaders of the six-member Gulf Cooperation Council (GCC) met in Riyadh to discuss a vaguely-defined Saudi proposal for a “union” of GCC states. The Saudi proposal seems to have been prompted by heightened concerns over Arab Spring aftershocks (particularly in Bahrain) and perceived Iranian ambitions in the region.

Following the summit, Saudi Foreign Minister Prince Saud Al-Faisal said GCC states needed more time to study the details to ensure a smooth transition. It was abundantly clear that the leaders had widely divergent views on the advisability of moving towards a closer union at this time.

Little is known about the specifics of the Saudi proposal. A Gulf Union would encompass a region with a combined annual GDP of $1.4 trillion and 43 million people, including over 15 million expatriates in the Gulf. Given the disproportionate size and power of Saudi Arabia compared to its neighbors (Saudi is seven times the size of Oman, the second largest GCC state), neighbors have expressed a number of concerns.

Comments by officials and the regional media suggest that Kuwait, Oman, and the UAE had the strongest objections. Their concerns centered on difficulties in integrating different political and social systems, potential loss of identity, and fears of domination by the Saudi Kingdom. In 2009, the UAE withdrew from a Gulf monetary union after Saudi Arabia insisted that Riyadh host the central bank. As early as 2006, Oman declared it would not join the unified currency project, and has long sought to protect its unique identity derived to some extent from a distinctive outward looking, Indian Ocean coast maritime tradition. Senior members of the Kuwaiti Parliament noted their parliamentary tradition would need to be emulated in other GCC countries before a union would be attractive.

Bahrain was the only GCC state to give the idea official backing. The Bahraini leadership views the Union as a necessary move, especially after Arab Spring protests revealed that Bahrain is unable to entirely control internal threats. In addition to Bahrain’s reliance on oil from a field shared with Saudi Arabia, its reliance on Saudi support was evidenced when Bahrain allowed Saudi Arabia to send in troops in an attempt to suppress protests last year. Analysts suggest that the GCC Union would relieve internal pressures on the Bahraini government, which suffered significant economic losses last year due to the mass exodus of European investors. The Bahraini Shia opposition, however, reacted very negatively to the union idea, seeing it as aimed directly at quashing their demands for reform.

While superficially, Gulf States appear to be similar, there are broad differences in history, demographics, and cultural, political and social experiences. Moreover, each of the Gulf States has maintained different levels of diplomatic relations with Iran, which makes formulating a single foreign policy on Iran challenging. While Saudi Arabia, Bahrain, Kuwait and the UAE have had a strong policy of blocking Iranian influence in the region, Oman and Qatar have maintained more positive relations.

Iran quickly and furiously accused the Saudis of plotting to annex Bahrain, despite the GCC’s failure to reach consensus on a union. Escalating Iranian rhetoric even further, Speaker of the Iranian Parliament Ali Larijani pronounced that if Bahrain was going to be united with any nation, it should be Iran. Hussein Ali Shahriari, a member of parliament, referred to Bahrain as Iran’s 14th province, and demanded that Bahrain be handed over to the Islamic Republic of Iran.

This is not the first time that Iran has made such provocative claims. It has long made both implicit and explicit threats, most recently Ahmadenajad’s visit to the island of Abu Musa, one of the three disputed islands that both the UAE and Iran claim. On the issue of the union, Iran has been vocal about its concerns for the majority Shia population, and its distrust of Saudi motives. As part of an orchestrated reaction to the GCC meeting, thousands of Iranians rallied against plans for the union, and influential clerics denounced the union idea as an “ill-fated plot” by Saudi Arabia and yet another element of the American/Zionist conspiracy in the region.

It’s too early to tell whether a “consultative process” will kill, delay or gradually usher in greater unity and an eventual union. Consensus-building is important in the GCC, and it isn’t usually quick. Ultimately, the success of a Gulf Union will require a detailed and comprehensive clarification of a vision, combined with guarantees that address the concerns of individual GCC states. It will also require a more convincing approach regarding the additional economic and security benefits a union will bring to the existing Gulf Cooperation Council.

Some of the leaders in the region pointed to the European Union as a possible model for fashioning their own union. While the EU, and its evolution from an economic to a more robust political and security body will certainly contain lessons, they will have to be carefully refined for the Gulf context. Given the focus on security that drives most intra-Gulf dynamics, a better model, or at least a better source of some lessons learned to help inform the GCC’s consultative process might be found in NATO. Bahrain, Qatar, Kuwait and the UAE are members of the Istanbul Cooperation Initiative. According to NATO, Saudi Arabia and Oman are interested but have not yet become members. This effort started in 2004 and, as NATO defines it, is designed to contribute to long-term global and regional security by offering countries of the broader Middle East region practical bilateral security cooperation with NATO. The initiative is flexible and the Gulf state members are in a position to heavily influence what they would like to learn from NATO, where they have been given considerable access. Bringing all the GCC members into the Initiative might provide the opportunity for NATO to interact with them on a regional rather than the current bilateral basis. It would certainly provide an opportunity for sharing of NATO experience on key issues such as interoperability, infrastructure protection, information sharing, and the mechanics and problems of forming and constantly refreshing a vital multilateral organization of sovereign states with shared interests.

Richard LeBaron is a senior fellow at the Atlantic Council’s Rafik Hariri Center for the Middle East. Noora AlSindi is a research intern at the Hariri Center.