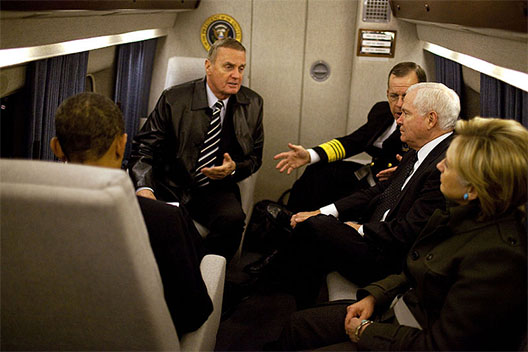 US Could Export LNG, Back Iraq-Turkey Pipeline

General James L. Jones, the former US national security advisor to President Obama, has urged Congress and NATO to act quickly to ensure energy security in Europe in light of the crisis over Russia’s attacks on Ukraine.

“The crisis in Ukraine – and [Russian President] Vladimir Putin’s unlawful actions in particular – have reminded us that Europe’s peace and security cannot be taken for granted. It is also a powerful reminder that the institutions, values, and relationships that underpin European and transatlantic security remain important well into the 21st century,” Gen. Jones said in recent remarks to diplomats, business executives and others at a dinner organized by the Atlantic Council and by Poland’s embassy in Washington.

Jones called on Congress to quickly pass legislation allowing export of US liquid natural gas to Europe, a step that would reduce European nations’ dependence on Russian energy supplies. US companies and even state and local governments should share expertise “to help friendly governments benefit from … unconventional resources.”

These moves should be accompanied by a US initiative for NATO to take more of a leadership role in energy security and policy, said Jones, a retired Marine Corps officer who served from 2003 to 2006 as NATO’s top commander (the supreme allied commander Europe). Jones is now chairman of the Atlantic Council’s Brent Scowcroft Center on International Security.

“Energy can be the ultimate 21st-century security issue,” and should be a central focus at September’s NATO summit in Wales, Jones said. “If NATO is to remain relevant well into this next decade, the alliance must be more closely involved in strategic discussions about energy security, working in cooperation with the European Union.”

Jones called on the US and its European allies to support the building of a pipeline from Iraq’s port of Basra to Turkey as an alternative southern route to supply oil to Europe, reducing dependency on Russia.

Jones said the crisis in Ukraine has brought renewed attention to “Europe’s uncomfortable truth — Europe is too dependent on Russia for oil and gas, which results in important economic and political costs.”

The European Union and member states have made considerable progress in improving energy security since Russia froze parts of Europe in January 2009 by cutting off its supplies of natural gas, Jones said. But more must be done, by Europeans as well as the United States. Noting the vast increase in US, Canadian and Mexican energy supplies, Jones said that Europe should not be forced to stand alone in its quest for greater energy security, and that “the United States can and should be a partner.”

“Who would have predicted just six or seven years ago that in 2014 the United States would be the largest producer of petroleum and natural gas hydrocarbons, surpassing Russia and Saudi Arabia?” Jones asked.

“This newfound energy abundance, and the technological, legal, and regulatory framework that enabled it, can be of assistance to Europe in its own attempts to bolster its energy security,” thereby giving new resilience to the transatlantic alliance.