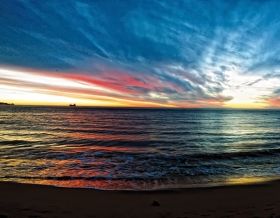 Emerging technologies are empowering both states and non-state actors in the second decade of the 21st century. Yet these new capabilities exist in – and challenge – an interstate system that is still largely defined by international law and a Westphaelian heritage. If the world is to achieve the fusion scenario outlined in the Global Trends 2030 report issued by the National Intelligence Council, leaders in political, business, and civil society will need to find new forms of collaboration outside of a post World War II international order. That will require courageous leadership, judgment, and probably a bit of luck mixed in.

The panel focused at the outset of the discussion by addressing the impact of new technologies on the relationship between man and society. General Scowcroft began the discussion by describing how the Arab uprisings demonstrated that individuals empowered by new technologies are undermining the fabric of the Westphaelian state and its tools to check individuals. This allows new actors to influence a global governance system largely predicated on the primary and sovereign role of the nation state in shaping outcomes. General Scowcroft highlighted in particular the irony of the United States declaring a ‘war’  – a fundamentally 20th century concept  – on terrorism, which is a tactic. This demonstrates the duality and contradictions of the present day international system.

Another important element that will determine whether or not we achieve a fusion scenario is the globalization of the economy and whether the international system is able to agree on a global trading system beyond the Doha Round. And yet another element that will challenge the system is the rise of the global city, which largely operates outside of the framework of the nation state.

The panel disagreed to the extent to which technology would empower individuals more than the state, or alternatively, if the state would be able to leverage new capabilities provided by technologies to better oppress and suppress its citizens.

No discussion about a fusion scenario is ultimately possible without a conversation about the future of US-China relations, the primary geopolitical challenge of the next generation. Can the United States and China develop fundamental patterns of cooperation to address global problems? Domestic pressures have limited the ability of both governments to do so, leaving the record of significant US-China strategic cooperation quite limited. But interesting new models exist to tackle these challenges, including cooperation between state governments in the United States and individual Chinese provinces. Yet again, technologies may both enable – also impede – the ability of the United States and China to cooperate. While the Chinese firewall limits the individual expression of Chinese citizens, social media is also important factor in stirring up nationalism, and cybersecurity has inserted a new element of competition and conflict between state and non-state actors in both the US and China.

Leadership and judgment will be essential if we will proceed to a fusion scenario. Given that a fusion scenario will likely require some sort of compromise and shared sovereignty in pursuit of a greater, global good, multiple leaders will need to assume some sort of risk to achieve this better future. That requires leadership that can convene diverse constituencies and bring them ‘into the tent’ in exploring new and imaginative ideas.

General Scowcroft concluded the discussion by highlighting the importance of judgment in achieving a fusion scenario. Knowing which risks to take, when to take them, and how best to achieve a fusion scenario will require a great deal of judgment. He lamented that judgment cannot be taught. But fortunately for citizens in countries with a say in their political process, they have the privilege – and the responsibility – to select leaders of good judgment and to reject those who lack it. Let’s hope that our own electorates are up to the challenge of working toward a fusion scenario.