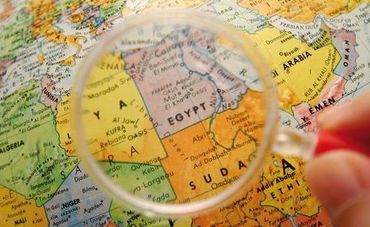 One of the most important findings in my new book, Berlin 1961: Kennedy, Khrushchev and the Most Dangerous Place on Earth, is that domestic politics shapes foreign policy in ways that most historians have failed to adequately recognize.

In 1961, when the Berlin Wall went up, Soviet Premier Nikita Khrushchev was fighting off challenges of Stalinist remnants and new threats from Chinese Communists. Mao Tse-Tung had an outsized impact on Khrushchev’s standing within his politburo because he was challenging the Kremlin’s leadership of World Communism.  That meant that although Khrushchev was trying to improve relations with the West, if only to ease the burden of military spending on his economy, he constantly had to be wary of hard-line opponents with knives drawn.

For his part, President John F. Kennedy had been elected in November 1960 by one of the narrowest margins in the history of the United States – and part of the reason he won was that he had campaigned as more of a hawk toward Moscow than opponent Richard Nixon. In that frame of mind, Kennedy failed to test Khrushchev’s conciliatory gestures in the first days of his presidency – the release of captured American airmen from U-2  reconnaissance planes chief among them. He at the same time exaggerated the importance of a Khrushchev speech that he thought was a declaration that he would escalate his Cold War against the new president.

So I read Philip Stephens’ column in today’s Financial Times with fascination as he handicapped the domestic politics that now shapes the world, under the headline, “The new global geometry of power.”

If you want to understand why Obama is half-in when it comes to Libya, then turn to this analysis of U.S. domestic politics for your insight. If Obama had showed too much weakness during the current Mideast upheavals, that could have hurt his re-election chances in 2012. That likely encouraged him to act, but not to go too far in a place most voters don’t consider worth a drop of American blood. In U.S. electoral terms, Stephens argues, “getting rid of Muammer Gaddafi is a distraction – a ‘nice to have,’ as one White House aide has been heard to remark. So the task has been left largely to the French and the British. Mr. Obama, his advisers forever remind hm, promised in 2008 to bring US troops home.” He adds, “The U.S. has lost its appetite for fixing other people’s problems. It’s much harder to be transformative in a multipolar world.”…

In the current global context, the more intriguing domestic political drama to watch may be in China, which shares with the Soviet situation in 1961 the fact that it is both opaque for most outsiders – including the U.S. President — and crucial to the current state of the world.

The National Intelligence Council in its Global Trends 2025 report rightly said that, of all countries in the world, it would be China’s course that would be the most decisive in determining the world’s direction over the next two decades – though it was uncertain what that course would be.

The political leadership outcome in China is in little doubt. Hu Jintao’s successor will almost certainly be Xi Jiuping, but what’s not known is who he is and how he will lead. Stephens usefully informs us that he is a modernizer, that he likes Hollywood movies (who doesn’t?) and that he has sent his daughter to Harvard.  At six feet and more tall, he towers over his politburo colleagues.

“In an unguarded moment,” writes Stephens, he once observed that he does not much like lectures from “foreigners with full bellies.” He likely will reflect far more openly the increasing Chinese comfort with its own success and its impatience with Western institutions, Western advice and U.S. benchmarks.

In 1961, the epicenter of what would shape world events was Berlin, where the world’s leading two ideologies were facing off quite literally on two sides of a still-unmarked border. What made a difference most then was the domestic politics regarding that city’s status of two adversaries, the Soviet Union and the United States.

The year 2011 is one that many believe may shape world events just as dramatically as did 1961. Yet in a year of Mideast upheavals, it’s worth asking whether today’s epicenter is far from Libya and in Beijing, where Stephens argues that China will have to decide whether it wants to adapt the Western institutions and approaches for the new world it will do so much to shape, or whether it will let them whither.