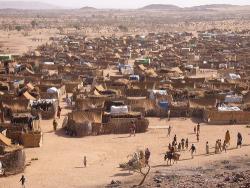 Once again, a crisis is brewing in Somalia, this time compounded by the global impact of piracy around its waters. And once again, it illustrates several dimensions of the global governance deficit arising from the challenge of weak and failing states, still, all too often, largely unmet.

While the explosion of piracy in and around its waters that is disrupting international shipping has become front-page news, the more fundamental problem of Somalia as a failed state with no unitary government for almost two decades is now resurfacing. Why? Well, Ethiopian troops, whose presence in Somalia the United States has encouraged because they have helped stave off radical Islamists threatening to seize power, are threatening to depart.

The administration this week succeeded in strengthening UN authorization to take all necessary measures against piracy but was unable to gain support for putting in place a  UN peacekeeping force in the hope of minimizing the twin threats. Instead, the UN Security Council may increase funding for an African Union force that has been trying to secure air and sea ports.

Of course, the two problems are closely related. The absence of a coherent government in Somalia helps create the space for pirates – and Islamic radical fundamentalists – to operate. Somalia has not had a stable, functioning government since 1991. The U.S. experience during the Clinton years – think “Blackhawk Down” – helps explain international reluctance to put troops on the ground.

But piracy in Somalia, like al Qaeda’s presence in Afghanistan prior to 9/11, highlights the dilemma of the international community: weak and failing states that in themselves may be viewed as marginal to the interests of much of the globalized world can indirectly have significant impact on important interests by allowing non-state actors to operate in their territory. The interest of the U.S. and the UN to intervene is well founded. But so long as Somalia remains a state of dubious functioning, only sustained, vigilant multinational naval efforts can reduce, if not quash proliferating piracy in the area.

The problem that we have seen time and again in the two decades since the end of the Cold War is a sort of colonialism in reverse. Where in the 19th century obtaining and occupying colonial possessions in Africa, the Middle East and Asia was the coin of the realm for Great Powers, now it is the opposite. Troubled lands on the periphery of the globalized world are often seen as Hot Potatoes – all risk and burden; little benefit. Thus, time after time in places like Haiti, Liberia and Sierra Leone in the 1990s or the Congo and Zimbabwe today, the nightmarish consequences of human suffering unfold while the world looks on in horror on satellite TV news.

While we know where the fragile, at-risk states are and that crises from hunger and disease, civil strife to massive refugee flows are likely to result, in each case, the West scrambles to react as the CNN images bring the tragedy to our living rooms, cobbling together food aid, peacekeepers, and mediation efforts as if it was somehow a surprise.

There is usually an ad hoc response which, complemented by humanitarian NGOs, usually alleviates some of the suffering. But for those vulnerable states on the periphery of the globalized world, help is often late, sporadic, and more often than not, does not turn the situation around.

What accounts for the continual gap between demand and supply, a deficit in global governance that in some cases results in ungoverned spaces that may produce world class threats? One explanation is that in an imperfect world, there has always been such a deficit. And I suspect the answer is likely to be that the difficulty of creating any institutional collective mechanism by the major powers, now after two decades of one CNN crisis after another, suggests that the “international community” is likely to remain in a reactive rather than proactive mode. That is, at least until another global shock like infectious disease, 9/11 type terrorism or loose nukes (North Korea is one prospective candidate for the latter) emanates from a fragile or failing state.

For the moment, however, the maritime challenge of piracy off the Horn of Africa has begun to mobilize an impressive array of international naval forces – the U.S., NATO, Russia, India, Malaysia, and South Korea –  and now China is actively considering sending forces. Perhaps such efforts are the start of a new level of global cooperation to ameliorate such ills.

Robert Manning is a Senior Advisor to the Atlantic Council.  The views expressed here are solely his own, not those of any U.S. government agency.  Photo by Flickr user mknobil under Creative Commons license.