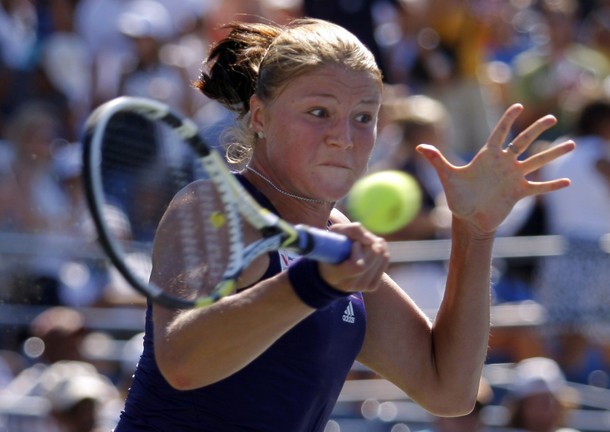 Tennis’s fourth and final grand slam event of the year, the U.S. Open, gets underway this week in New York City. The diversity of the women’s field is a case study in how globalization has infiltrated the world of sports, creating reality that few could have foreseen a generation ago. In order to adapt, the sport’s governing body will have to drastically alter the way it recruits and develops talent, and markets itself to fans.

In the 1970s all was well with the newly-formed WTA, the governing body of international women’s tennis. Americans Chris Evert and Billie Jean King dominated the tour, and 31 Americans ranked in the top 50 in the world in 1980. The majority of tennis fans—who provide the organization with a major source of income by buying tickets and purchasing merchandise from WTA partners—came from the U.S. and western Europe. Just six of the top 50 hailed from the entirety of eastern Europe. Thus the top women’s tennis players and primary audience were in sync.

Fast-forward to 2010, and while the fan base has remained largely the same, the makeup of the women’s tennis talent pool has changed dramatically: today 26 of the top 50 women’s players come from eastern Europe. The U.S. is down to just three.

When the WTA started, making tennis a marketable sport in central and eastern Europe and Asia was viewed as virtually unthinkable. Martina Navratilova came out of Czechoslovakia but she was more the exception than the rule. (And she was stripped of her Czech citizenship in 1975 after having obtained asylum in the U.S.) Now the best women’s tennis players in the world have names most of its fans can’t pronounce, and come from places most can’t point to on a map: Agnieszka Radwanska (Poland), Victoria Azarenka (Belarus), and Anastasia Pavlyuchenkova (Russia; trying saying that fives times fast!).

Russians Dinara Safina and Nadia Petrova recently faced off at a tournament in Canada. Both have solid resumes featuring deep grand slam tournament runs; Safina has reached three grand slam finals and won an Olympic silver medal in 2008. Yet after the match each was asked to sign autographs…of the other’s picture.

While the WTA can set the rules of the game and the schedule of tournaments, it can’t control where its champions come from, or as recent New York Times coverage puts it, “where the product originates.” This leads to the question, “Does it matter if the bulk of the players on tour come from a different part of the world than the bulk of the people supporting it?” Put another way, thanks to globalization tennis can say now more than ever that it features the best talent in the world. But what if that talent doesn’t represent the sport’s fans, who are also its paying customers?

Globalization is changing the world in many ways, and as the “eastern Europeanization” of women’s tennis shows, sports is not exempt from its effects. The changes are unpredictable, and also irreversible; whether or not people like the direction of the change, it is happening. Thus if it is to thrive in the current global environment, the WTA will have to adapt to it even that requires major alterations in the way it runs its business.

One option for the WTA follows a “if you can’t beat ‘em, join ‘em” line of thinking: just accept that eastern Europe is the new hotbed of tennis talent, and focus on promoting the game—developing a fan base and marketing opportunities—there. The organization is already starting to do this, introducing tournament in Hungary, Slovenia, and Uzbekistan.

Another is to focus on building (up) tennis academies and training programs elsewhere with the goal of the top players representing a broader geographic footprint. As the NYT notes, “in the WTA’s perfect world, the ranking would have an even distribution of players from as many countries as possible.” On the U.S. part, doing a better of training and preparing American talent for the professional ranks should help more familiar names appear in tournaments and on trophies.

Setting up training programs around the world is likely the better long-term solution, as who knows how long the eastern European dominance in women’s tennis will last? Once players from different parts of the world start to make an impact, the WTA can work on growing a fan base willing to pay to attend tournaments and buy merchandise.

In the meantime, fans at the U.S. Open and elsewhere should get used to pronouncing names of players from Russia and Ukraine, and maybe soon China and India. With the right approach and the time to implement it, fans and talent will be in sync once again, regardless of where in the world either comes from.

Scott Bleiweis is an intern with The Atlantic Council and contributor to its web publications, New Atlanticist and NATOSource. He is currently pursuing a masters degree in International Studies with the Korbel School of International Studies at the University of Denver. Photo credit: Reuters.