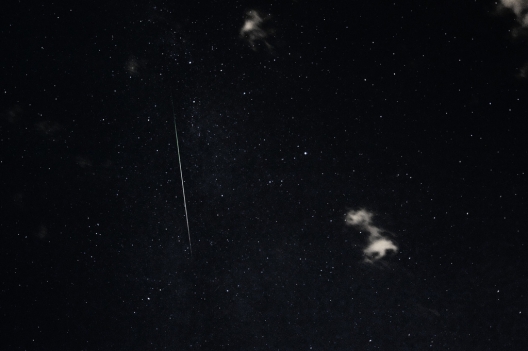 The recently released Hollywood hit Gravity depicts George Clooney and Sandra Bullock undertaking a space mission for routine maintenance activities. Their mission is disrupted by debris created by a Russian missile that destroys a defunct satellite. The astronauts scramble for safety, realizing that their vehicle is damaged beyond repair and the rest of their crew is dead. If you think this is all far-fetched, it is not. Besides some technical inaccuracies of orbital physics in the film, the big message in this movie is quite clear: space debris poses a grave challenge to routine space operations.

While this message is gaining increasing recognition, the efforts to address the problems have also been gathering momentum, albeit slowly. Earlier this month, the United Nations Group of Governmental Experts (UN GGE) released its report on Transparency and Confidence Building Measures (TCBM) in space. TCBMs are voluntary and aimed to enhance the transparency of outer space activities through international cooperation, coordination, and exchange of information regarding space policies and activities. They promote international coordination and cooperation to improve the safety and predictability of activities in outer space.

Today, there are 22,000 trackable pieces of debris in low Earth orbit (LEO) left behind by dead satellites and rocket launchers, including roughly 1,000 active satellites. In 2007, China added to the problem by conducting an anti-satellite weapon test. The test compounded the debris problem by increasing the number of objects greater than 1 centimeter in LEO by 15 to 20 percent. Calculations show that prior to the Chinese test, a satellite at 800 kilometers altitude would likely be hit by debris greater than 1 centimeter once in approximately five to six years. After the test, that time period was approximately cut in half. This situation worsened in 2009 when a defunct Russian satellite collided with a functioning American Iridium satellite, producing approximately 1,500 trackable objects. The problem is thus likely to grow exponentially absent a collective solution to regulate the uses of space.

The UN GGE’s recommendations have come under criticism primarily because of their voluntary nature. However, the critics struggle to have an appropriate recommendation for a viable alternative. The fundamental point here is that there is no single or ideal pathway to building global best cooperative practices in space. By insisting on a legally binding agreement with an investigative and enforcement authority, one overlooks the point of making the best the enemy of the good.

US Strategic Command’s Joint Space Operations Center monitors space debris with a worldwide network of 29 ground-based radars and optical sensors. The center also provides notifications to commercial space operators of potential risks to their satellites from space debris. In 2010 alone these warnings resulted in 126 satellite maneuvers to avoid collisions with other satellites or debris. But no country on its own has the resources, the technical expertise, or the geographical reach to resolve the problem of situational space awareness, thus making international cooperation a pivotal element towards mitigating risks to objects in space.

Today, more than sixty countries have assets in space and the significance of space in our lives is undisputed. The UN GGE’s report on TCBMs in space signifies a modest beginning to address some of the challenges that routine space operations face. This process must be welcomed and built upon to help save us from turning a movie scene into reality.

Bharath Gopalaswamy is the deputy director of the South Asia Center at the Atlantic Council. He has worked with the Indian Space Research Organization.