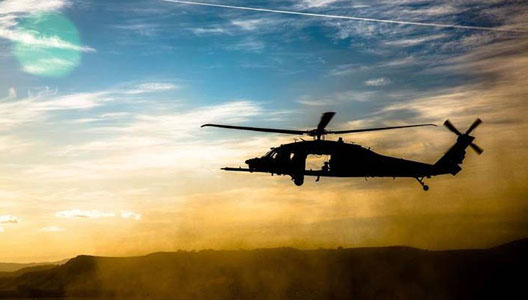 Defense secretary Chuck Hagel announced Monday force cuts that would leave the United States with the smallest Army it has had since 1940. While the Pentagon concedes that this comes with strategic “risks,” the biggest risk is that a future president will nonetheless commit our country to wars that require a massive ground presence.

Several times in his speech, Hagel acknowledged that these cuts—along with those to weapons and other acquisitions programs also announced—come with additional “risks.” That’s DoD parlance for being unable to secure the objectives set by the president as quickly as would otherwise be possible and/or getting more troops killed than would otherwise have been the case. Nonetheless, he pronounced that the Pentagon’s leaders had found these risks acceptable given the projected strategic environment.

More importantly, given the realities of the fiscal environment, risk is unavoidable. Hagel and the Joint Chiefs have repeatedly emphasized—correctly, in my judgment—that it’s far preferable to take the risks associated with a small but highly trained and well equipped force than those associated with a larger but “hollow” force that is unprepared for the fight. Accordingly, they “chose further reductions in troop strength and force structure in every military service—active and reserve—in order to sustain our readiness and technological superiority, and to protect critical capabilities like special operations forces and cyber resources.” That’s a difficult but necessary trade-off.

Beyond that, even if all of the proposed cuts go through, the Army would still be impressively large even at the bottom-end figure of 440,000. While it’s technically true that it would be the smallest Army since 1940, some perspective is in order. It reached its post-Cold War low of 480,801 and only climbed to 490,174 by 2003; so, with an only slightly larger force we easily toppled the regimes in Afghanistan and Iraq.

Furthermore, the numbers don’t tell the whole story. After all, soldiers today operate much more potent and less manpower-intensive systems. The Multiple Launch Rocket System platoon that I led in Desert Storm as a first lieutenant had much more destructive firepower than a Vietnam-era battalion led by a lieutenant colonel with a thousand more troops. That trend has continued. Additionally, many of the service-support duties once performed by American soldiers are now performed by civil servants and U.S. or host-nation contractors.

Alas, infantry duty is still performed by infantrymen. While our current grunts are much better equipped than their Vietnam, much less World War II, counterparts, occupying territory still requires a lot of not-so-proverbial boots on the ground. So, displacing men with high-tech systems only works so long as we’re not planning to stick around doing counterinsurgency, stabilization operations, peacekeeping, disaster relief, and other manpower-intensive missions on a sustained basis.

The Obama administration’s budget proposal is based on the premise that we won’t. It’s a notion that I applaud. Yet, we have at least twenty-five years of evidence to the contrary.

One of Hagel’s predecessors, Donald Rumsfeld, famously observed, “As you know, you go to war with the army you have, not the army you might want or wish to have at a later time.” He was responding to a young soldier questioning why he was sent to Iraq in vehicles not up-armored to shield against improvised explosive devices. While eliding the fact that Iraq was a voluntary fight, Rumsfeld was right: the Army was equipped to fight against a different enemy and quite reasonably choose speed and maneuverability over survivability given the way we expected to use the vehicles in question against that enemy. Once the IED threat emerged, we scrambled—some would say too slowly—to adjust to it.

But even the Army of 2003, ostensibly built around a mandate to fight “two nearly-simultaneous major regional conflicts,” was too small to conduct sustained operations in both Afghanistan and Iraq. So, it ramped up to over 565,000 active duty soldiers over the course of the war effort.

There’s real danger, that despite declarations from the Obama administration that we’re through with “long and sustained stability operations,” a subsequent administration will decide otherwise, either intentionally or through mission creep. After all, Rumsfeld’s boss, who led us into both Afghanistan and Iraq, ran for office on a platform of “a more humble foreign policy” that eschewed “nation-building.” I have no doubt that he meant it at the time. Indeed, the lack of planning for Phase IV operations in Iraq would seem a pretty good indicator that they had no intention of sustaining operations for more than a decade, even once they decided to enter the fray.

The bottom line, then, is that massive cuts to America’s ground forces are quite likely the least bad choice to make given the current strategic and budgetary environment. But it’ll prove a bad choice, indeed, if the next president decides to launch one or more sustained conflict.

James Joyner is an associate professor of strategic studies at the Marine Corps Command and Staff College and a nonresident senior fellow at the Brent Scowcroft Center of International Security at the Atlantic Council. These views are his own.