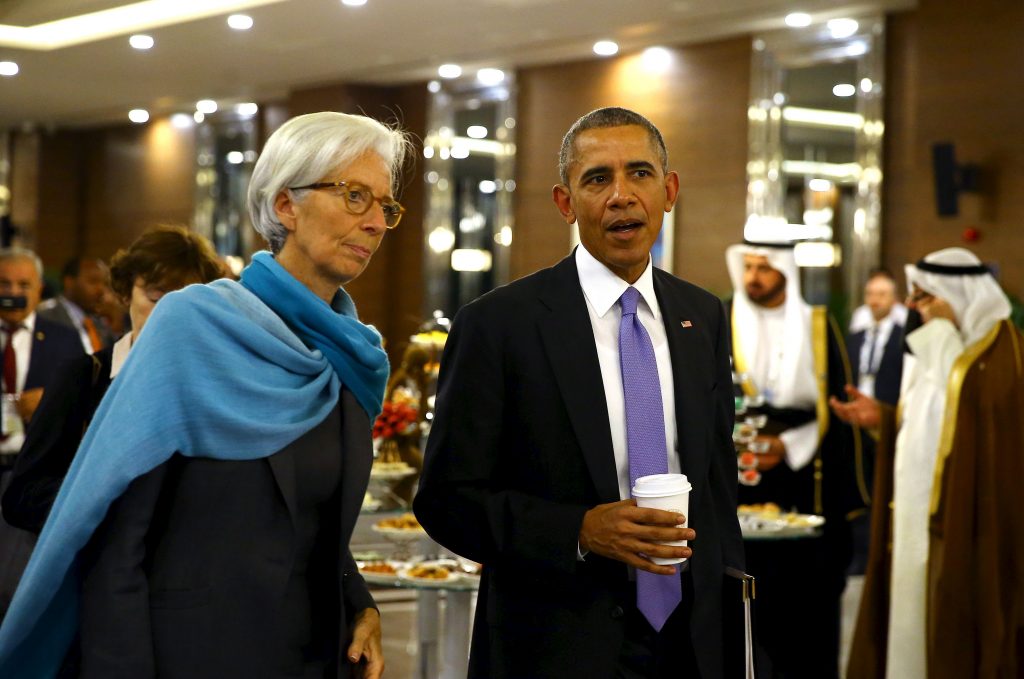 The US Congress ratified the long-awaited Quota and Governance reform of the International Monetary Fund (IMF) on December 18.

In 2010, the IMF membership agreed on reforms to shift voting power to emerging markets and reduce the number of European seats on the Board of Governors. All countries, except the United States, ratified the reform, but with the veto power the United States holds the reform did not enter into force. Over the course of the past three years, in particular, the IMF has raised its voice—publicly as well as privately—to advocate for the ratification of the reform, including highlighting the issue in every single public statement released after official meetings of Finance Ministers calling for prompt action by the US Congress.

Finally, on December 18, US lawmakers agreed to ratify the reforms. This is clearly a success of, among others, IMF Managing Director Christine Lagarde. Now is a good time to underline some of the IMF’s biggest achievements over the past few years over the course of which the Fund restored its credibility thanks to balanced, yet determined, leadership and the outstanding skills of its staff. This is a (dis)ordered list of achievements.

1)    The euro crisis. As the financial crisis spread rapidly to Europe, several countries went through a bailout program with the IMF. This was unusual given that historically European countries have been among the creditors, not the debtors, of the Fund. The IMF was the only institution with the expertise to handle such an unprecedented situation and therefore it organized the rescue packages in association with the European institutions. The membership agreed to grant exceptional access using also a “systemic clause,” which allowed the IMF to lend even if debt sustainability was unlikely. Despite criticism, this move allowed Eurozone member states under increasing financial difficulty to get not just financial resources, but also a framework to deal with a financial assistance program. The Fund played a key role in “saving the euro.” Smartly enough, IMF involvement decreased over time: from more than 50 percent of the total financial rescue package to Hungary to zero percent in Spain and in the third Greek bailout.

2)    Renminbi in the SDR basket. Another awaited move took place this year with the inclusion of the Chinese Renminbi into the basket of currencies used to calculate the value of the Special Drawing Rights (SDR). Albeit symbolic, this is an important step for a more responsible and active role of China in global economic governance and will likely strengthen the IMF’s role going forward.

3)    Engagement with low-income countries. The IMF’s Managing Director Christine Lagarde has devoted an increasing part of her time to travelling to low-income countries, which represent a large portion of the IMF membership. This effort to listen more to the voice of poorer countries has positioned the IMF as a leading international institution in supporting ordered macroeconomic development as a means to ensure inclusiveness and sustainability for the sake of the global economy.

4)    A balanced use of its own resources. Despite growing challenges, the IMF had a flat budget in real terms over the past three years. At the same time, given the extensive lending activity throughout the financial crisis, it used additional income to build a buffer that can be used in the future once revenues decline with the normalization of economic conditions. This will prevent a reduction of other essential activities of the IMF such as monitoring and technical assistance, which greatly benefit all of the IMF’s member economies.

Above all, the IMF restored its credibility as a leading international organization over the past few years. Before the decision to appoint Lagarde as Managing Director, the IMF faced the decision to downsize its staff in 2008, just when the financial crisis emerged. Soon after, it became clear that it was impossible for the IMF to respond to the mounting pressure for financial assistance without a proper staff, and it ended up carrying out new hiring in a potentially destabilizing process. Furthermore, in May 2011, then-Managing Director Dominique Strauss-Kahn was arrested and jailed after accusations of assaulting a housekeeper at a hotel in New York. The Fund’s reputation was at its lowest.

Today the IMF is a respected organization with an outstanding staff that navigates uncertain terrain with competence and balance. This is why it is important that the US Congress finally ratified the Quota and Governance 2010 reform.

Andrea Montanino is the Director of the Atlantic Council’s Global Business and Economics program.