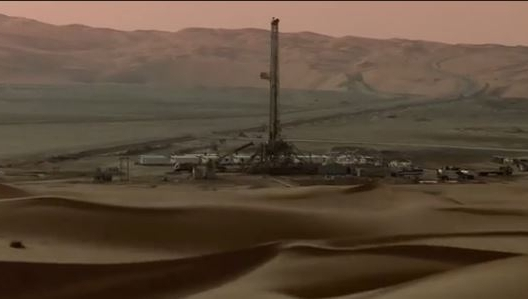 The Saudi Kingdom Aims to Restore Its Relevance, and OPEC’s Discipline

Analysts largely agree on the main reasons why the world’s benchmark oil price has dropped by half in the past six months, from $100 per barrel to $50. Supplies grew faster than expected, demand has been underwhelming, US imports of light crude oil declined, and suppliers have increased their competition for market share in East Asia.

But why has Saudi Arabia let it happen, when it could have engineered a production cut to restore prices? The Saudi kingdom’s reasoning matters: If it aims to inflict long-term pain on Russia, Iran or the US shale boom, we may be in for a sustained period of low prices. But if the aim is to restore discipline within the Organization of the Petroleum Exporting Countries (OPEC), and the kingdom’s own relevance as the “central banker” of the global oil community, a different scenario is possible. The benchmark price (for Brent crude oil) could revive to $80 by the year’s end if cartel members find the will to enact serious production cuts. I think they will.

When prices began to slide [see the detailed reasons for this, below], many expected Saudi Arabia to engineer a production cut, as it has before. Those producing countries that had budgeted for high oil prices—and which have very little by way of foreign exchange reserves or rainy day funds to ride out a low-price cycle (see Venezuela and Iran), indeed agitated for a production cut. But Saudi Arabia demurred and, with strong support from the United Arab Emirates, has signaled repeatedly that no cut is forthcoming. The signal that there is essentially no floor in sight accelerated the decline in prices. The impact is huge on OPEC’s member nations. Citi Research analysts have estimated that OPEC members could lose $200 billion in revenues in 2015 even if prices were to stabilize at $80 per barrel.

Why has Saudi Arabia declared it will stand pat? Respected analysts disagree. Some believe it is a long-term bid for market share, designed to force U.S. shale production offline, as well as high-cost Canadian oil sands and Brazilian deep-water production. Others believe that the kingdom’s goal is to punish Russia and Iran by crashing oil prices, with the tacit support (or even the encouragement) of the United States.

I find these analyses unlikely. First, Saudi Arabia, and Arab OPEC more broadly, is not competing for the relatively flat oil demand from US or European markets. Transportation costs alone make competition for these markets unlikely. Saudi Arabia primarily produces heavy and medium grades of oil and its primary competitors are Iran, Iraq and Kuwait. Looking into the future, the growth market is Asia. Second, Saudi Arabia is in no hurry to see Iran unconstrained by sanctions, nor does it care much about Russia’s position in Ukraine. To the contrary, an Iran open for foreign investment can only erode the kingdom’s market share and force prices lower. Third, the U.S. government has few tools with which it can manipulate US oil production as a means of collaboration with the kingdom’s efforts. Ironically, the only major constraint the United States can use to affect production is the decades-old crude oil export ban; it is unlikely the U.S. would maintain the ban for the purpose of helping Saudi Arabia regain global market share.

The likeliest rationale for Saudi Arabia’s stated commitment not to cut back production is a traditional one: to remind the cartel that if they do not hang together they will certainly hang separately. In 1986, and more relevantly in 1999, Saudi Arabia let prices fall and OPEC incomes erode in order to reassert its leadership and importance to the cartel and the region.

Saudi Arabia again faced declining global relevance in early 2014. Global prices were high, production was at a maximum, and spare capacity was low – meaning the kingdom could do little to cool prices, and the high prices incentivized investments by its competitors. OPEC was considered dead and Saudi Arabia reportedly irrelevant. But in a declining market, a cartel becomes relevant. When production cuts are the key to avoiding fiscal insolvency, Saudi Arabia is indispensable to its fellow cash-starved cartel members. Suddenly relevant, Saudi Arabia can help constrain the growth of Iran and Iraq as major competitors by encouraging Iraq to observe OPEC production quotas and by committing Iran to limit the pace at which its global market share increases should international sanctions be removed, while reminding both that they need the kingdom for their fiscal solvency.

It is in the kingdom’s interests to slow the US shale boom, to try to learn where the inflection point is for investment in shale, and to delay new investment in production worldwide. Still, it knows that the US shale industry, with the world’s shortest time span from investment decision to actual production, continues to grow and will ramp up as quickly as prices do.

So the real target of Saudi Arabia’s big bluff to let prices fall indefinitely is OPEC itself.  Iran and Iraq, with Shia-led governments and huge potential for growth if geopolitics permit, are the strategic threat.  Saudi Arabia has signaled for some time that it would not bear the brunt of a production cut alone. But if Iran, Iraq and Kuwait agree to substantial production cuts, and Nigeria, Libya and Angola offer at least symbolic gestures to diminish the global light oil oversupply, Saudi Arabia will make a major contribution – and will have regained strategic relevance vis a vis its major competitors for future market share.

An oversupply of 1.5 million to 2 million barrels per day is not so large in a 91.4 million bbl/d market. The economies that rely heavily on oil for revenue—Iran, Iraq and Venezuela chief among them—are in pain and only Saudi Arabia and the UAE are prepared to endure it for more than year.

So let’s be ready. OPEC partners could cave by summer and prices could rebound by fall.  Supply risks that seem manageable today—instability in Venezuela and Nigeria, an ISIL threat to Iraqi production, or a sustained loss of Libyan production—could prove more challenging than they appear.  Unlike 1999, the United States now has the ability to help mitigate a future price spike by increasing its own contribution to global supply. The only limits to that supply response will be ones that we impose on ourselves.

The decline of oil prices throughout the second half of 2014 is well chronicled. Oil demand did not grow as much as projected in 2014, with the US Energy Information Administration reporting that total global liquids consumption grew by only 0.9 million barrels per day (million bbl/d) in 2014, 0.3 million bbl/d less than the EIA projected in 2013. Over the same time period, US oil production again overshot projections, clocking in at 8.67 million bbl/d at the end of 2014, well above EIA’s 2013 reference-case projection of 7.17 million bbl/d. Libyan oil supply, hovering around 200,000 bpd in March 2014 miraculously (and temporarily) revived, reaching a high of 850,000 million bbl/d in October 2014, before again falling below 300,000 million bbl/d in December. US imports of light oil to the East Coast had declined significantly by August 2014, signaling a structural oversupply of light oil in the Atlantic Basin. Finally, the major black swan events that risked bringing about a major global supply disruption, including an ISIS offensive targeting Iraq’s major producing areas and export facilities in the far south, Nigerian work stoppages, or a US or Israeli attack against Iran’s nuclear facilities, failed to materialize.

David Goldwyn is Chairman of the Atlantic Council’s Energy Advisory Group and former Special Envoy and Coordinator for International Affairs at the U.S. Department of State.

Image: Saudi Arabia, with its ability to ramp up or cut back oil production from its wells, aims to sustain its role as the "central banker" for the global oil community, David Goldwyn writes. (Video screenshot/ Saudi Aramco/ www.saudiaramco.com)