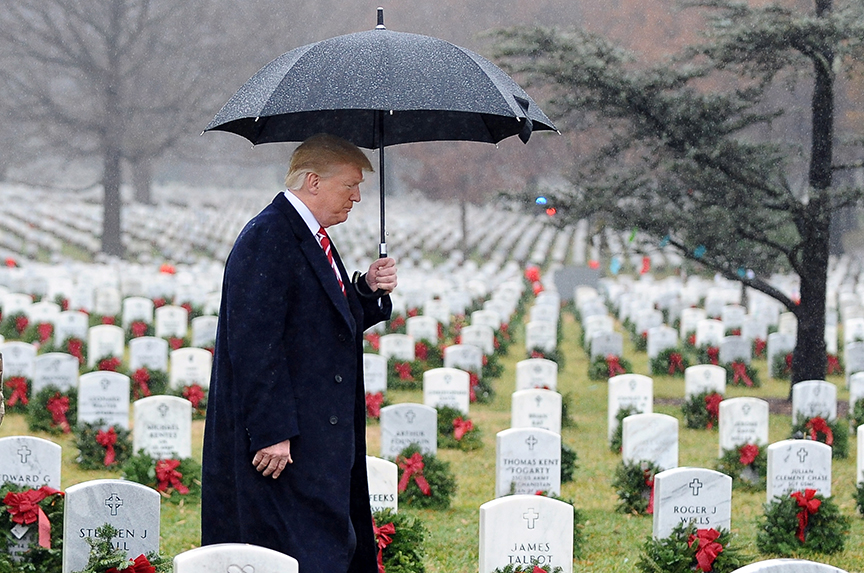 Presidential decision-making is one of the world’s most difficult tasks. The late and distinguished Fred Greenstein reminded us in his classic book, The Hidden-Hand Presidency, that things in the White House are often not exactly as they appear. In President Dwight D. Eisenhower’s case, he didn’t get the proper credit for governing diligently based on a fully-formed worldview. Is it possible that, despite the constant lashing of media pundits and armchair military strategists, President Donald J. Trump’s foreign policy decisions are more enlightened than meets the eye? Is it possible that his strategy will yield more peace and stability than neoconservative military interventionism? Yes and, almost certainly, yes.

Consider a few things before joining the cabal of cable news criticism against the White House’s current military strategy:

1) Problems in the Middle East are intractable. Almost eighteen years since the US invasion of Afghanistan and subsequent operation in Iraq to remove Saddam Hussein, the United States has spent around $6 trillion to produce a murky outcome with no endgame in sight. More importantly, around 7,000 great young Americans have died in the fighting. Is it our responsibility to spend our tax dollars and sacrifice our best young people for what is likely to be continued morass? The president doesn’t think so, and he is worried that the drain on American resources is undermining our ability to rebuild our own country, including our crumbling education system and infrastructure.

2) Complete disengagement will never be an option for the United States, but neither should we have a strategy of being everywhere. Presidents Barack Obama and Trump both struggled to find that delicate balance. After traveling to Iraq in 2011 and Afghanistan in 2015, it became clear to me that we need a certain number of troops in the region to promote stability, help put down sectarian violence and destroy budding terrorist networks that could harm American civilians on our homeland. However, largescale occupation without a clear exit strategy is a fool’s errand. Since World War II we have shouldered the great burden of securing peace and prosperity for the free world, but more than seventy years later, if we do not receive more proportional help from our allies this magnanimous approach will become unsustainable.

3) I often wonder how policies and rhetoric regarding wars in the Middle East would look if there was a universal draft and shared burden of sacrifice across the socioeconomic strata in the United States. As income inequality has risen, so has the detachment of establishment elites regarding the human impact of foreign policy decisions. While our brave service men and women always answer the call without complaint, military families have been placed under tremendous strain over the last seventeen years. The president is rightly concerned that the benefits of ongoing occupation do not outweigh the human and economic costs. In his last address to the American people as president, Eisenhower warned us about the side effects of the military industrial complex and sustained conflict. We can no longer afford the status quo.

4) While the United States is bogged down in the Middle East, China continues to strategically ramp up its foreign intervention. Not only are the Chinese building artificial islands in the South China Sea to nullify US military and economic leverage in Asia, they are aggressively financing natural resource infrastructure in Africa and Latin America through the Belt and Road Initiative. Hopefully China and the United States avoid falling into Thucydides Trap, but if military confrontation does materialize, will we be economically and strategically prepared for it? Trump is the first American leader to confront China on trade. In the same vein, his policy of engagement with Russia and North Korea is part of a strategy to develop additional security in the region. He isn’t the first leader to try to hit the “reset” with Russia or engage with the North Korean regime, but he has been the most effective at getting through to Vladimir Putin and Kim Jong-un.

While Trump is certainly not infallible, he has proven himself to have solid political instincts. As our democratically elected leader, he deserves room to execute his alternative approach to foreign policy.

Anthony Scaramucci served as White House director of communications in the Trump administration. Follow him on Twitter @Scaramucci.