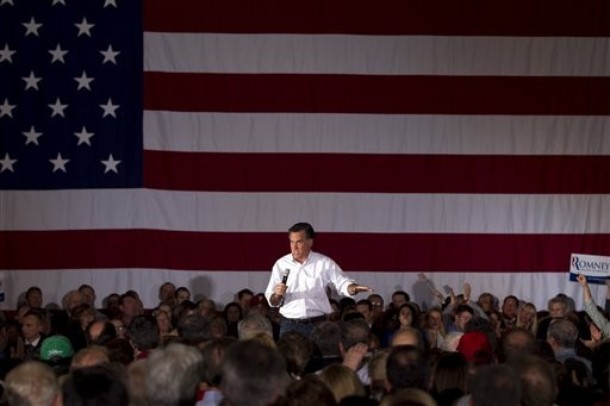 As Mitt Romney accepts the Republican presidential nomination to run against Barack Obama, his first test is to explain how he can revive the American economy and put people back to work — the dominant issue in the election. But Romney also faces a second test — how will he lead the world’s most powerful country on the global stage? In two runs for the presidency, Romney has revealed little about his world view, his grasp of global politics, and the choices he would make as president on the most complex national security agenda in decades.

Skeptics insist Americans don’t care about foreign policy and that it won’t be much of an issue in the campaign. That is hard to square with the reality we face overseas, from the failing war in Afghanistan to Iran’s menacing nuclear campaign, a Middle East in turmoil, the euro debt crisis, and China’s challenge to American power in Asia. There is indeed a foreign policy debate underway, which prompts the question — how is Romney faring so far?

The big surprise is that Romney has chosen to fight on terrain where Obama is strongest. Like all Republican candidates since Richard Nixon, Romney is trying to run to the Democrat’s right by painting the president as weak and indecisive on foreign policy. It’s not working, because Obama is the president who killed Osama bin Laden and Anwar al-Awlaki and who has prosecuted an unrelenting campaign against terrorists on the Afghanistan-Pakistan border.

Instead, Romney should be exploiting an Obama shortcoming — the moribund economy — and tying it not only to America’s domestic policy, but its international agenda as well. Foreign policy experts agree this is not just a domestic problem but our most important international challenge, too. Unless we adopt more sensible tax and fiscal policies and restore economic growth, America risks becoming a diminished world leader, in no position to create the leading economy and afford the first-rate military and diplomacy upon which our power is based.

But Romney has not been effective in making this the centerpiece of his foreign policy agenda. He could make a more persuasive case that his pro-growth and free-trade policies as well as business background make him the better candidate to strengthen us abroad. As a result, Romney has yet to accomplish what Ronald Reagan and George H.W. Bush managed in their presidential bids — convincing voters they would make us stronger and bring us success overseas.

One big challenge for Romney is that his foreign policy pronouncements don’t have a compelling central core and amount more to a series of one-liners on leading issues. By casting thunderbolts against Russia and China on the campaign trail, he has scored some points in battleground states. But he needs to explain more convincingly how he would work with both of these difficult governments on issues where they exercise real influence — North Korea, Syria, Afghanistan, and counter-terrorism.

In addition, team Romney has spent the last week trying to paint Obama as weak-willed and lily-livered in his devotion to diplomacy with Iran. It is an unconvincing assault considering that Obama’s policy is a direct extension of that of George W. Bush. Would Romney really handle Iran any differently than Obama? And, would he give Israel the green light to attack, which Obama has rightly withheld?

Romney’s most important hurdle is that he has not given voters a full sense of what he hopes to accomplish internationally as president. We know what he is against — Russia, China, and even European-style welfare economics. But, what are his big foreign policy ambitions, and how does he propose to lead us through the complicated international challenges ahead?

How presidential candidates think about the world is an important test on the campaign trail. Romney is, thus far, an opaque future world leader. We need to hear more from him on foreign policy — on his core beliefs and how he would maintain American power for the next generation. There is no doubt Mitt Romney is a capable and successful person. But, he has not yet passed the foreign policy test we ask of our presidential candidates. The nomination gives him an opportunity to do so.

R. Nicholas Burns is Professor of the Practice of Diplomacy and International Politics, Harvard Kennedy School, and Atlantic Council Board director. This piece originally appeared in the Boston Globe. Photo Credit: AP Photo