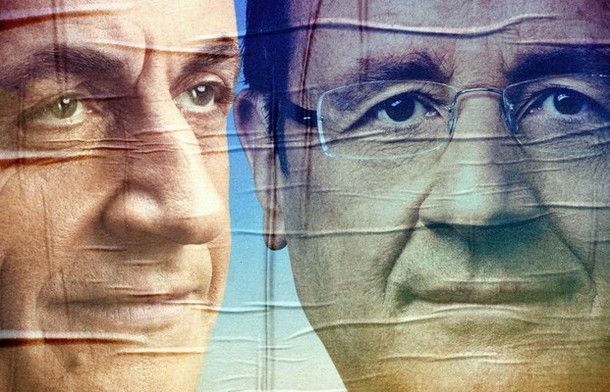 Award-winning journalist Arnaud de Borchgrave tells Jim Meyers and John Bachman of Newsmax that French President Nicolas Sarkozy will “squeak through” his upcoming election and remain in office, but a Sarkozy loss would lead to a decline of the European Union that could render it “irrelevant.”

De Borchgrave also says a major issue in the French election is the war in Afghanistan, which is unpopular in France as it is in the United States.

And he warns that the European Union will “automatically collapse” if the Euro currency doesn’t survive, yet governments will be “automatically overthrown” by the people if they go too far in reducing spending.

A 30-year veteran of Newsweek magazine, de Borchgrave is now director and senior adviser of the Transnational Threats Project at the Center for Strategic and International Studies, editor at large at United Press International, and a frequent Newsmax contributor.

French President Sarkozy narrowly lost the first round of France’s presidential election to Socialist candidate Francois Hollande on Sunday and will face a runoff.

“If the Socialist wins, the decline of the European Union will continue to the point where it may become irrelevant in the context of geopolitics,” de Borchgrave comments.

“If Sarkozy wins, things will be roughly on the same level as they are today. I think he is going to win. He is very good at debating.

“Sarkozy has been under heavy criticism because people consider him vulgar. He doesn’t quite seem presidential. But he does appeal to the man in the street, and also he is much firmer on immigration than his Socialist challenger.

“My guess today is that he is going to squeak through.”

Citing a major reason for Sarkozy’s loss of popularity, de Borchgrave declared: “I think the fact that he got France involved in Afghanistan. The Europeans who followed us into Afghanistan after 9/11 figured they were going to be around with us fighting Taliban and the remnants of al-Qaida for six, seven, eight or nine months, but not six, seven, eight or nine years.

“The involvement in Afghanistan has become more and more unpopular, as it has in our own country.

“I mean 70 percent of the American people today are against continued involvement in Afghanistan. It’s roughly the same figure all over Europe, and everybody is a little surprised to read in the papers today that we are talking about making a 10-years commitment to Afghanistan, to the non-Taliban government.

“That seems to lack reality. We can’t make any commitment beyond one or two years that Congress would not overturn.”

Asked to explain the apparent move toward the right taking place in France and several other European countries, de Borchgrave responds: “Because 11 leaders of Europe have been tossed out since 2009 when the financial crisis hit hardest. I think they are drawing a lesson from that.

“I think it’s a reaction to abuses on the left. Also the left is wide open to immigration, from countries that are not exactly on everyone’s favorite list. I think there’s common ground there among all European countries on what has become immigration mostly from the Arab world.”

De Borchgrave says we won’t be able to get a definitive answer on how much the global economy will be affected by the debt crisis in the Eurozone for “a long time. There is no clear cut answer to this unless you’re willing to tighten everyone’s belt to the point where governments would be automatically overthrown by the people.

Asked if the Euro currency will survive, de Borchgrave tells Newsmax: “If it doesn’t survive, the European Union automatically collapses, and that’s why I don’t think they’ll let it collapse.

“Greece may have to drop out possibly. Portugal and Spain as well. But the core of the European Union is bound to remain the core while others may peel off.”

Elaborating on the debt crisis in Greece, de Borchgrave adds: “In Greece they’re on the verge of a popular revolution if they continue to tighten the belt, as they seem to be under some kind of obligation to do.

“Everybody’s watching this very carefully indeed. The future of the European Union is at stake, and that leads some people to make concessions they wouldn’t otherwise make, because nobody wants to see the whole thing collapse.”

Arnaud de Borchgrave, a member of the Atlantic Council, is editor-at-large at UPI and the Washington Times.  This interview initially appeared on Newsmax.