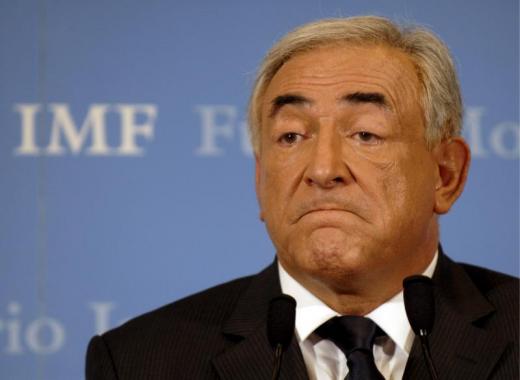 After three days of tepid statements from government officials, two female finance ministers from Europe finally questioned Dominique Strauss-Kahn’s ability to continue as Managing Director and Secretary Geithner echoed their concerns.  While Strauss-Kahn is entitled to a fair trial, the IMF and the citizens it represents deserve a return to stability.

The IMF Board has the power under the Articles of Agreement to remove Strauss-Kahn and put to rest questions of a vacuum of leadership.  Geithner is right to state that the Board should exercise this power.  The IMF is in crisis communications mode and this is not helping bondholders or the general public.  It should quickly shift into credibility mode by officially dismissing Strauss-Kahn and formally replacing him with John Lipsky, while announcing a plan for a longer-term management solution.  This will remove any question as to who speaks for the IMF during sensitive European sovereign debt negotiations, provide continuity of leadership, and provide the Fund and its shareholders (the largest being the United States) time to thoroughly assess options for a longer-term management solution.
These actions would be consistent with advice the IMF dispenses to its borrower countries and lessons we in the United States learned in 2008:  during a crisis, it’s critical for decisions to minimize the element of surprise, maximize effectiveness, and boost public credibility—time is of the essence.  The longer the IMF allows the specter of uncertainty to hang over its leadership, the more exposed it becomes to the jittery actions of sovereign debt and foreign exchange traders who have been speculating on what the leadership vacuum means for their portfolios.  The IMF needs to restore confidence to the markets and to the citizens whose countries sit on the Board right away.
The Strauss-Kahn scandal has revived a longstanding debate over the Managing Director selection process. Little is stated in the IMF’s governing statute about the process. Article XII, Section 4 in the Articles of Agreement says only that “The Executive Board shall select a Managing Director who shall not be a Governor or an Executive Director.”  The Board has implemented this mandate not through a voting process, but by consensus and straw polls.  So, the vote-counting that some commentators are engaged in to determine whether the BRICs (Brazil, Russia, India, China) have enough votes to block a European candidate, is largely irrelevant.  The Board does not take an actual vote to select the MD.  The selection process is far from transparent and barely formal.  Since the inception of the IMF in the 1940s, convention has ruled that the IMF MD position goes to a European and the World Bank top job to an American.  As the composition of the global economy has evolved with more output coming from emerging market countries, China, Brazil, Russia, and others have called for a re-evaluation of the ruling convention.
A power vacuum has opened the debate over the MD selection process twice in the last decade.  Each time, convention prevailed and the job went to a European despite vocal demands from emerging markets.  In 2004, Horst Kohler resigned as MD to pursue the presidency of Germany and the American First Deputy, Anne Krueger, stepped into the role of Acting MD. Although China, Brazil, and Russia had already demonstrated their economic power by this point, the MD post remained in European hands and went to Spain’s Rodrigo de Rato. When de Rato resigned in 2007, only Russia put forward an emerging market alternative to the European frontrunner, Dominique Strauss-Kahn.
This time, a candidate with transcontinental experience such as Mohammed El-Erian of PIMCO, an Egyptian with substantial experience in Europe and the US, may have the greatest chance of bridging the national divides —though his management role at one of the world’s largest bond funds could attract criticism from anti-“Wall Street” politicians.
The Board has the power to institute a more permanent change to the status quo, but change at any institution is difficult to achieve when it is largely dependent on voluntary, informal suasion.  The United States is the largest shareholder on the Board, representing nearly 17% of the Fund’s Board—enough to veto decisions and drive major changes.  But, the next largest shareholders are Japan, Germany, Britain, and France; their support will be critical to developing consensus for institutional reforms.
A better way to accomplish long-term, institutional change would be to amend the Articles of Agreement.  The amendment should specify the process by which the Board should select the MD and the qualifications candidates should possess.  For example, the amendment could require the Board to interview a certain number of candidates, to publish a timetable for the selection process, or to appoint an independent firm/entity to participate in the process.  These are basic, formal structures used to select the heads of other important institutions such as the Chairman of the Federal Reserve Board (the selection of which is governed by statute and subject to open, Senate confirmation), university presidents, and corporate CEOs.  Certainly the head of an international organization supported by taxpayers around the world should be subject to similar transparency procedures.

Julie Chon is a Nonresident Senior Fellow with the Global Business and Economics Program at the Atlantic Council. She was senior policy advisor on the U.S. Senate Committee on Banking, Housing and Urban Affairs from 2007-2011.