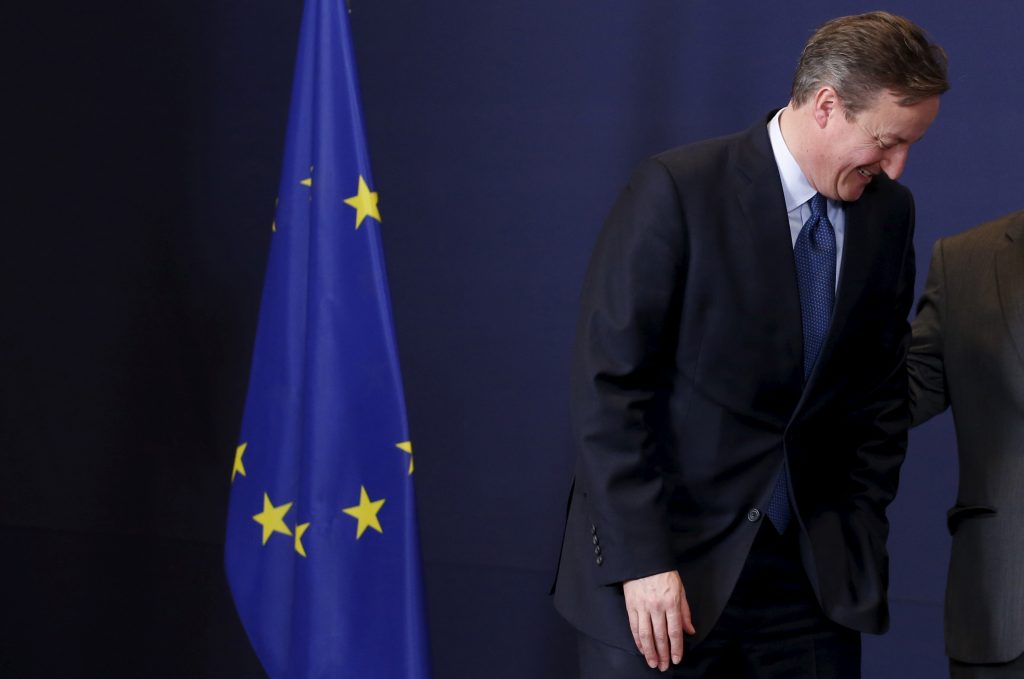 Fran Burwell is the Vice President of European Union and Special Initiatives at the Atlantic Council.

Q: What was the biggest story in the European Union in 2015?

Burwell: The biggest story was, without a doubt, migration and refugees. It is important not just because of its immediate newsworthiness, even though [on December 22] we heard that there were a million migrants this past year, five times what there were the year before. The numbers are unprecedented. You have the pictures of people struggling onto the shore in Lesbos and walking to Germany. But it is also important because of the long-term implications for the European Union, and there are several.

First, demographics. Europe was already becoming more diverse, but it now will truly become a much more diverse society. If past patterns are any indication of the future, it is these refugees that will have a higher birth rate than traditional “Europeans.” They bring with them continuing relationships with their countries of origin. In today’s connected societies that is almost inevitable. It’s not like when you would get on a ship and never be heard from again when you came to the New Americas!

The question is will the migrants be spread evenly across Europe, and how will some countries that have been resistant to anything that they see as threatening or diminishing what they see as their pure European culture reconcile themselves to this change?

A second  set of consequences is in the foreign policy realm. We don’t know what this will mean in terms of Europe’s foreign policy, but the potential is striking. As Europe, over the decades, develops a population that is very connected to the Middle East—a zone of turmoil—we may see more European citizens who, for example, disagree with the United States on the Middle East peace process. We may also see much more in terms of the issue of foreign fighters and others with mixed allegiances. We don’t really know the foreign policy implications, but there is some uneasy potential there. It is, however, entirely consistent with those citizens exercising their democratic rights. That is going to be a potential challenge in transatlantic relations.

The other set of consequences is for Europe itself. How does Europe govern itself? How does it share burdens amongst itself? How does it cope when it already has a financial crisis and laggardly economic growth with an expensive—in the short term—new cost of providing housing, food, education for these refugees? There are studies showing that over the long term, this will be an economic boon for Europe. Europe certainly does need new young workers. In the short term, however, it is an economic challenge.

It is also a challenge because of the division in Europe between those countries that believe Europe has an obligation to help refugees, and those who are much more hesitant. That is a very serious split. It may lead to a more defined two-speed Europe with one set of Europeans moving forward and the other on the outer core wanting to participate in some parts of Europe and not in the other. The primary risk on this issue would be to the future of the Schengen area. Will Schengen be modified? Will it be rebuilt in some way? Should there be more requirements for those who are Schengen members, such as sharing data on people who may be terrorists, or who are foreign fighters? Do you have access to Schengen only if you also take on other burdens such as refugees? Do those who do not want refugees fall out of Schengen? There are all sorts of questions that arise and 2016 may be the year when we will start to see some progress on how these will be answered.

Q: What one story will you be watching closely in 2016?

Burwell: The British referendum [on whether the United Kingdom will stay in the European Union]. The polls are evenly divided. Over the longer term, staying in had been leading, but that is now very much diminished. And there is now an argument about whether [British] Prime Minister [David] Cameron should allow his government ministers to pick sides and campaign. So this is going to be divisive for the British government, if nothing else. It certainly will dominate the discussions between the UK and its European partners over the first quarter of 2016. The referendum is now expected to be held in May/June.

We would all be greatly relieved if the United Kingdom were to have this referendum and agree to stay in the EU. However, it is not clear that will be what happens. Even so, the way this has been conducted will bring  consequences.

Let’s assume that the United Kingdom stays in. Even then, the British debate has legitimized an alternative view of the EU as one in which “ever closer union” is not the ambition. Rather, for a set of countries, they could be outside the core, have the EU be a trading partner, and be part of the governance of the trading system but not necessarily be looking to be any closer. Would Poland, under Law and Justice, which is rather euroskeptic, join the UK in thinking about being part of an outer tier?

So even if Britain stays in, this debate about whether everyone is heading in the same direction and has the same goal has been legitimized and is going to be part of the European discussion.

If Britain leaves, the consequences will be far more severe. It may place countries in a choice of belonging to the core or thinking that there is not a future. How will Sweden, for example, feel about being one of the few non-euro countries and one that is seen as not ever joining the euro? Will Sweden be at a disadvantage as one of the few not expected to join the euro?

It also raises the issue that countries can leave through a democratic practice. There may be some other countries—such as Denmark—that will look at that as an option, especially given the recent referendum in that country that rejected closer judicial and police cooperation with European institutions.

The consequences for the British will be dire over the long term. I have no doubt that the United Kingdom would survive in the short term, but it raises the specter of another Scottish referendum since the Scots made clear that they want to stay in the EU.

It also raises serious questions about Britain’s role in the world and its capabilities, and questions about our partnership with the United Kingdom and what priority that continues to receive. One of the things that we have looked to the United Kingdom to be over the last twenty years is a partner who can help us in relations with the EU and who can bring other European countries to an agreement on issues that concern us. If Britain is no longer at  the EU table, that function is not there. So this is going to be an issue that really dominates the first half of 2016 and, depending on how the referendum goes, it could dominate Europe for quite some time.