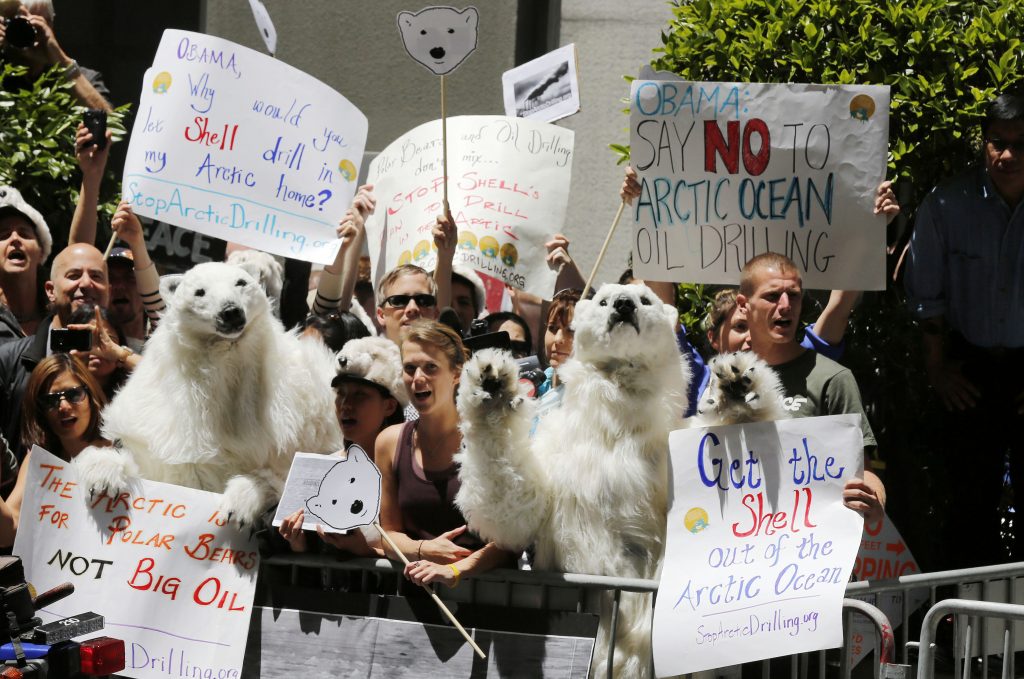 This month’s US chairmanship of the Arctic Council has come at a particularly geopolitically divisive time. Previous years have seen increasing competition between nations to exploit the Arctic’s vast untapped energy reserves. It is a competition the US government has been less active in due to environmental concerns. More important and less widely acknowledged is the fact that America’s chairmanship of the council coincides with the emergence of two competing global energy orders.

Whilst the end of the Cold War saw an end to a bipolar world defined by the chasm of two great superpowers, that old chasm has recently been reignited through the world of energy politics. The Ukraine conflict, the widespread use of energy as a political tool, the Organization of Petroleum Exporting Countries’ control of oil production, and Western attempts to achieve energy independence have created the conditions for two global energy world orders to emerge: the Atlantic order, led by the West, and the alternative order very much led by Russia.

It is within this context that the significance of America’s Arctic Council chairmanship and Arctic exploration policies must be understood, specifically its decision not to prioritize the Arctic energy race.

The West’s isolation of Russia has already encouraged Moscow to establish energy alliances with China, India, and Iran. Similar Russian realignments are in the planning stages or already underway with Turkey and the Central Asian republics. In the Arctic, Russia, among many other countries, has also recently announced measures firmly staking a claim in the region.

The United States, however, a key player in the Arctic, has taken a different approach. The Obama administration has categorized vast amounts of land in the Arctic as “protected” on the basis of environmental concerns, prohibiting energy exploration in those areas. This is unquestionably a sound environmental decision and environmental concerns should of course be of paramount importance on anything to do with the Arctic. But challenges surrounding Arctic exploration, like sea ice and extreme weather, are less likely to lead to environmental disaster because of warmer weather and technological advances in exploration as many drilling projects are demonstrating. Moreover, ruling out energy exploration hurts US and Western energy security by inhibiting energy diversification at a time of political and market uncertainty.

As it stands, large economies are diversifying energy sources to achieve energy security in an increasingly volatile energy market, particularly given the ongoing standoff between Russia and the West over Ukraine. Interest in Arctic energy is clearly symptomatic of this diversification drive. Russia and China have so far made noticeable advances, setting up corporate alliances and signing exploration contracts to cater for their growing energy needs, particularly for China whose energy needs are expected to grow exponentially. This collaboration is in part designed to make China one of Russia’s largest energy importers, thereby helping Russia divest from European markets, particularly Germany. The scale of the deal dwarfs contracts Russia has with other nations. The West needs to ensure it does not suffer a backlash from China’s pivot north and Russia’s pivot east.

None of this is to say the United States is completely passive on Arctic exploration. It is not. For instance, US oil companies are already drilling in Russian Arctic waters with Russian companies that are effectively exempt from recent sanctions, something the White House ensured so as not to harm Western companies. But whereas other nations in the region have made the Arctic a focus of economic development (with Russia even declaring Arctic interests a military priority), the Obama administration has prioritized conservation and protection, putting the United States at a distinct disadvantage.

Moreover, the Arctic is important for another fundamental reason; the Arctic is an integral part of the diverse Atlantic basin energy hub—connected to Canada, the United States, and Europe. It is fast becoming the center of the Western world’s energy security and energy order as the shale boom has strongly demonstrated. Neglecting its continued diversification could harm the Atlantic basin’s position as a stable and reliable energy platform compared to the instability of conventional energy producing regions like the Middle East and North Africa.

Of course, this pan-Atlantic energy vision is particularly timely because of the growing energy bipolarity forming within the energy world. In order to counter Russian energy weight, the United States must continue to invest in a pan-Atlantic energy vision. Continued investment in a pan-Atlantic energy vision, much like the proposed Transatlantic Trade and Investment Partnership (TTIP), would not only alleviate the West’s energy dependence, it would create a stronger and more powerful Atlantic energy hub that significantly advances Western energy security for the foreseeable future. After all it is important to bear in mind that not all Western nations are energy self-sufficient; many are not. This would strengthen the West’s position with respect to rich energy producing countries and give it much needed leverage in negotiating with Russia over Europe. Not doing so would harm the stature of the Atlantic basin energy hub as a potential major player in the energy world. It is under the pretext of this pan-Atlantic energy vision that further energy exploration in the Arctic should not be discounted.

Finally, the case in favor of US Arctic exploration is not to say energy security concerns should trump environmental ones. It is simply to say that there should be no overly stringent restriction on energy exploration whilst there is a genuine energy security case for it. After all, good policy making by nature involves striking the right balance between competing legitimate interests. It is in that same vein that a healthier balance between enhancing energy security and averting potential environmental harm must be struck in US policy over the Arctic region.

Image: Protesters against drilling for oil in the Arctic greet the motorcade carrying US President Barack Obama in San Francisco June 6, 2012. "The case in favor of US Arctic exploration is not to say energy security concerns should trump environmental ones. It is simply to say that there should be no overly stringent restriction on energy exploration whilst there is a genuine energy security case for it," writes Vicente López-Ibor Mayor, Chairman of Lightsource Renewable Energy Ltd., Britain’s largest solar energy company. (Reuters/Larry Downing)