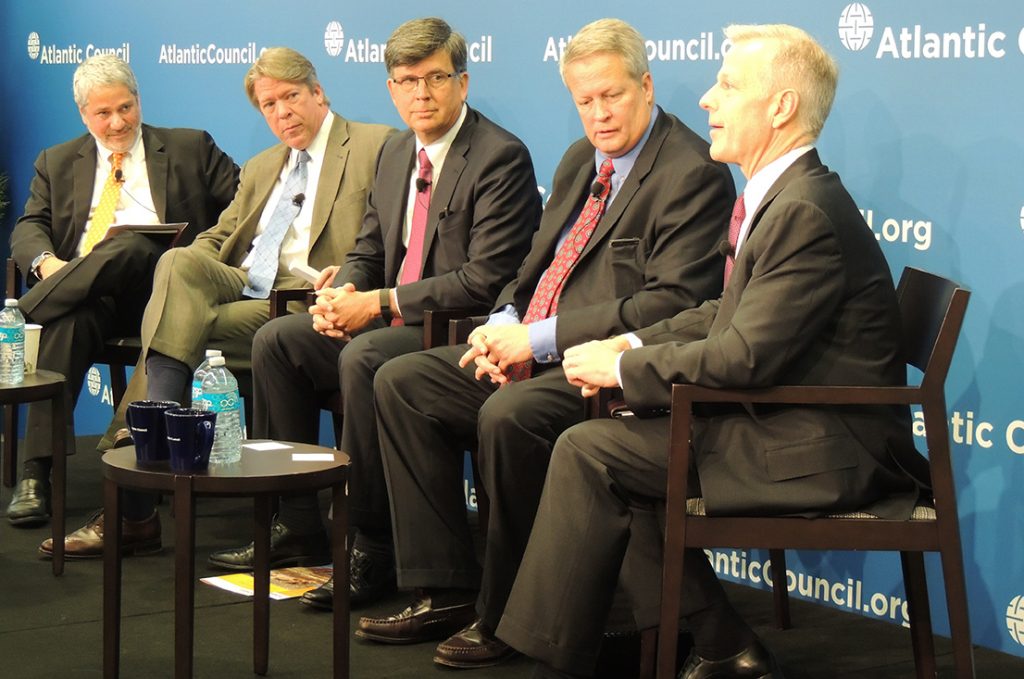 A majority of Americans in the heartland states — Iowa, Indiana, Ohio, and Tennessee — support US President Barack Obama’s decision to restore diplomatic ties with Cuba and are in favor of lifting all restrictions on travel to the island, according to a new poll commissioned by the Atlantic Council’s Adrienne Arsht Latin America Center.

The poll found that while 70 percent of the respondents believe that the United States is on the wrong track, 68 percent support the restoration of diplomatic ties with Cuba, and 67 percent (54 percent among Republicans and 83 percent among Democrats) support the removal of travel restrictions.

“These changes in policy are broadly supported and they are no longer third-rail issues among Republican voters and conservative voters,” Glen Bolger, a Republican pollster and partner in Public Opinion Strategies who conducted the poll, said at the Atlantic Council on Nov. 17.

Obama’s decision in June to take Cuba off the State Department’s list of state sponsors of terrorism cleared the way for the restoration of diplomatic ties between Washington and Havana that were severed in 1961. The United States and Cuba reopened their embassies in each other’s capitals over the summer ending fifty-four years of diplomatic isolation.

While diplomatic ties have been restored, restrictions on travel, trade, and investment remain. The Obama administration eased some of these restrictions in September, but lifting them completely will be largely up to Congress.

The Atlantic Council poll is important because it shows members of Congress that people back in their home districts think that change needs to happen in the US-Cuba relationship, said Law.

Some Republican members of Congress are reluctant to lift the travel ban and trade embargo, but Cuba doesn’t come up on the campaign trail, said Garrett.

“If Marco Rubio thought that it was a vote-getter in Iowa, New Hampshire or anywhere else you can be certain that he would talk about it. He does not,” said Garrett referring to the Florida Republican Senator and presidential candidate.

“Republicans are doing their best to avoid eye contact on this issue… but let me just tell you right now, they are hearing from constituents” who want to visit and do business with Cuba, said Lane.

Caterpillar is eager to do trade with Cuba. “We want to export to Cuba, we want to trade with Cuba, and we think by doing so a lot of positive things will happen,” said Lane, noting that American businesses have a “home-field advantage” in Cuba.

“All this time we thought we were isolating Cuba, we were the ones who were isolated,” Lane added, noting that the Europeans, Japanese, and Chinese have been “fully engaged” in Cuba.

Much of the congressional Republican opposition to easing restrictions on the US-Cuba relationship boils down to the fact that this is Obama’s policy, said Law. “If you get down to more substantive terms, it is the notion that this administration, when it conducts foreign policy, gets nothing in return… over time being able to show something in return whittles away that argument,” he added.

While the Obama administration is working to remove the remaining restrictions, Cuban President Raúl Castro’s government, too, has its work cut out.

US officials are reportedly frustrated at the slow pace of Cuban engagement with US businesses. The Obama administration is also looking to Cuba to take concrete steps toward protecting human rights.

What Cuba does with this new opportunity created by the thaw in relations with the United States is just as important as what the US Congress does, said Garrett.

In Washington, where the onus is on Congress to lift the remaining restrictions on the US-Cuba relationship, there is very little scope for such action given the legislative logjam on Capitol Hill and the fact that an election year is looming. However, said Law,

things could change if either a presidential contender emerges who indicates to Congress that this issue should be addressed or there is greater advocacy.

“It will take an effort to make members [of Congress] take a position on an issue that otherwise they might want to put in their drawer and not think about, even though they probably know that it is not a dangerous issue for them politically,” said Law.

US businesses, especially the hospitality industry, could serve as another driver for change if they see other countries stepping ahead of them and scooping up opportunities in Cuba. “Even on a very large island like Cuba, there are only so many great beachfront locations to put nice hotels,” he added.

At the end of the day, Lane said, “it’s time for us to put this foolishness behind us and see what the real power of engagement is all about.”