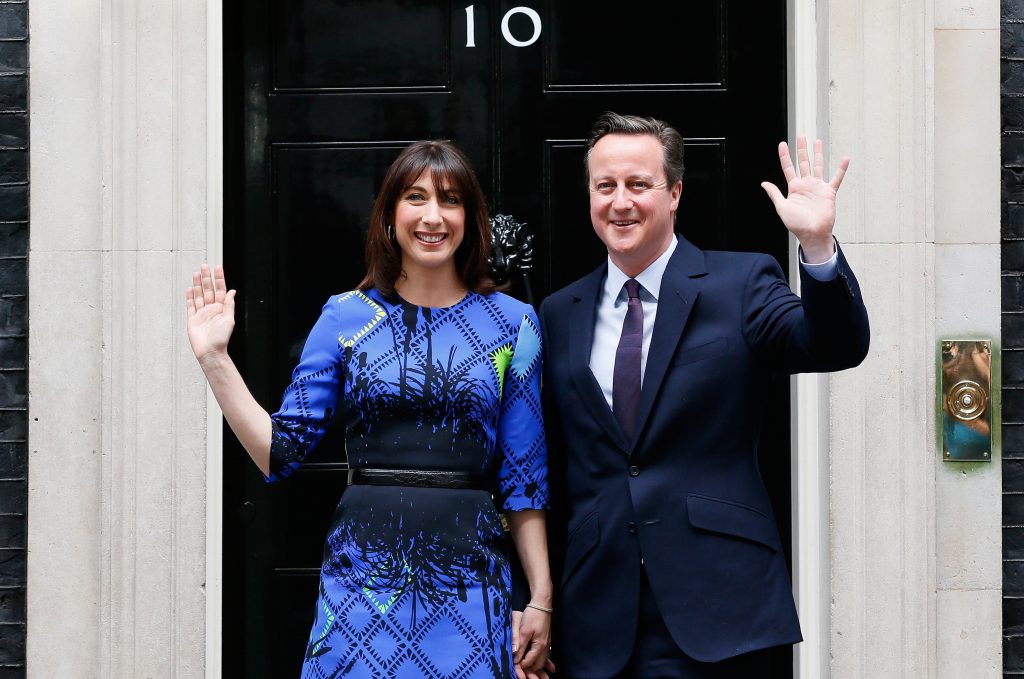 British Prime Minister is now in a much stronger position to counter the euroskeptic wing of his Conservative Party, says Atlantic Council’s Dungan

With the results of all 650 seats declared, Cameron’s Conservative Party (the Tories) had won 331. A party needs 326 Members of Parliament to achieve a majority in the 650-seat House of Commons. Ed Miliband’s Labour Party came in a distant second with 229 seats.

Another big winner in this election was Nicola Sturgeon’s Scottish National Party (SNP), which routed Labour in Scotland, picking up fifty-six of the fifty-eight seats. Labour’s traditional stronghold, Scotland, has firmly turned its back on the Labour party.

Nick Clegg’s Liberal Democrats (the LibDems)—which had been a partner in Cameron’s ruling coalition for the past five years—suffered humiliating setbacks, winning just eight seats, a loss of forty-eight MPs.

Miliband, Clegg, and Farage all resigned as leaders of their respective parties. Cameron, meanwhile, drove to Buckingham Palace to inform Queen Elizabeth II that he was in a position to form the next government.

Q: How did the Tories manage to pull off this stunning victory?

Dungan: That is a great mystery. The fact is that everybody is surprised and not least David Cameron.

I think people underestimated the fact that the Liberal Democrats would lose so much support, although they did get a trouncing in the European elections a year ago.

People also significantly underestimated the fact that now that the Scottish referendum is over there was no cost for Scottish voters to vote SNP instead of voting Labour.

Labour indeed only managed to hold on to one small constituency, which was Edinburgh South. There is a little bit of blue (the Tories won Dumfriesshire, Clydesdale & Tweeddale), but the rest of Scotland is SNP. That left the Conservatives to win England, which is what they did.

There are two major reasons why we might have gotten this wrong. One is that Ed Miliband is deeply distasteful to the British people and the other is that in the coalition of the previous government there was a lot of uncertainty. In a democracy, when people want leadership, they have to give a sure mandate for that leadership. There were enough fears about what a hung Parliament would mean, what a Labour government with tepid support from the SNP and a coalition with the LibDems would mean.

Cameron is a lucky man and perhaps the reason he’s lucky is that he’s cheerful. He’s optimistic, he’s positive and he kept his own spirits up, which no doubt lifted the spirits of the British people. It’s not so much ‘better the devil you know’; in fact, all of a sudden, he started to look like a safe pair of hands.

David Cameron certainly got a mandate for much stronger leadership than he did five years ago. There will be a lot of head-scratching and soul-searching in the coming days. But it seems the British people wanted some clear mandate for some clear leadership.

Dungan: Cameron is in an extremely different position than he was five years ago. First of all, he doesn’t have to have a coalition with the LibDems. This will be a straight Conservative government.

Clearly one of the political masterminds who is largely behind the scenes is George Osborne (the Chancellor of the Exchequer). This is a vindication of his policy to make Britain Conservative.

The second reason why Cameron is in a better position is that the Scottish referendum has already happened and he can basically say, ‘There is no need to reopen the Scottish question. You’ve got what you want.’ He has talked about even more devolution.

A third reason is that Nicola Sturgeon looks like a much more reasonable politician than Alex Salmond (the former leader of the SNP). So probably, even though they might be on different sides of politics, Nicola Sturgeon and David Cameron, as practical politicians, can work together.

Britain’s opposition Labour Party leader Ed Miliband reacts to the results of the count of his seat in Doncaster, northern England, Britain, May 8. Labour suffered a humiliating defeat in the general elections, especially in its traditional stronghold, Scotland, where the Scottish National Party (SNP) won fifty-six of the fifty-eight seats. Miliband resigned as his party’s leader. (Reuters/Darren Staples)

Q: Labour has been devastated. What do the election results mean for the party?

Dungan: The complete eradication of the Labour Party as a party of government is astounding and will last for quite some time. [Former British Prime Minister] Tony Blair tried to invent New Labour. We are a long way from a New, New Labour. For Labour, the Party is over.

Q: And what about the future of the LibDems?

Dungan: The rout of the LibDems was in one way not surprising, but in another way not necessarily to be expected.

The LibDems are dead. UKIP is dead. Labour is very close to dead. All three of their leaders have resigned. There is no opposition whatsoever to the new Conservative government.

The big loser of the night — in addition to Miliband, Clegg and Farage — is [London Mayor] Boris Johnson because he would have wanted to come to the fore as a Conservative leader if Cameron hadn’t been able to pull it off. Count on Boris to keep his post as Mayor of London and be a big spokesman for global cities, like his good friend Mike Bloomberg.

Q: The Scottish National Party routed Labour in Scotland. In perhaps the most humiliating defeat in the election, Mhairi Black, a 20-year-old SNP candidate, defeated Labour’s Shadow Foreign Secretary Douglas Alexander. Black will become the youngest MP to take a seat in the House of Commons since the 17th century. What does SNP’s strong showing mean for the future of Scottish independence?

Dungan: Not only does the SNP victory not re-open the debate, it puts the onus on the SNP to show that, having won all these seats, they can be a good government for Scotland.

The question on whether Scotland should remain part of the United Kingdom has been asked and the Scottish people have answered that question, and it is not going to be asked again anytime soon.

Since David Cameron now has such a strong position within the United Kingdom as a whole, if anybody wants to bring up that question, his answer is going to be, ‘Chaps, we’ve done that.’

Then the question becomes, what does the SNP’s strong showing show about Scotland? They had an alternative to the Labour Party, and since they don’t like Ed Miliband, and the Labour Party is adrift and could not have governed without SNP support, and since Miliband ruled out a deal with the SNP, it left the Scottish people absolutely free to vote for the SNP.

Now the SNP has to show that they can be a responsible party of government. That is perfect for David Cameron. He can say, ‘If we don’t work together we’re going to tear the United Kingdom apart.’

The SNP is not going to get any votes south of the [Scottish] border. You are not going to find SNP supporters in Wales or Cornwall or Dorset or Kent. It’s contained to Scotland, so the SNP cannot get any more seats than they have already got. So they are now at their most dangerous, but also their most harmless.

Q: Cameron used the rise of the SNP to stir up nationalism and warn of a Labour government propped up by the SNP. To what extent was that a factor in Cameron’s win?

Dungan: It was big. If those fifty-plus seats in Scotland were Labour seats, then Labour would have been a thriving party. By making a Labour-SNP alliance the bogeyman it opened the door of Scots to vote for SNP instead of Labour.

Q: The Tories’ win keeps Britain on track to hold an in-or-out referendum on the country’s membership in the European Union by 2017. Does a Conservative victory make it more likely that Britain will leave the EU?

Dungan: Cameron is now in a much stronger position vis-à-vis the euroskeptic wing of the Conservative Party than he would be if he had to be in some sort of coalition.  He can now say to the euroskeptic wing of the Conservative Party, ‘Do you really want to go through this kind of kind messy instability? We are stronger in Europe than we are outside Europe.’

While the British people feel an affinity for the United States, and while they feel a kinship across the water, they have a very clear idea of what American society is like and they do not want a society that is like American society.

Though it might be a bit of a caricature based on news headlines, they view American society as uncaring, as violent, and as somewhat shambolic. Over the last 30 or 40 years they have become much more European than they are American.

The argument, I suspect, Cameron will make is: ‘We are stronger inside Europe than we would be outside struggling on our own in a new situation of uncertainty.’ He has a new mandate to govern, but it is also a new platform of power, which he will no doubt seek to put to good use.

Image: British Prime Minister David Cameron and his wife, Samantha, return to Number 10 Downing Street after meeting with Queen Elizabeth II at Buckingham Palace in London May 8. Cameron won a stunning election victory in Britain, overturning poll predictions that the vote would be the closest in decades to sweep easily into office for another five years, with his Labour opponents in tatters. (Reuters/Stefan Wermuth)