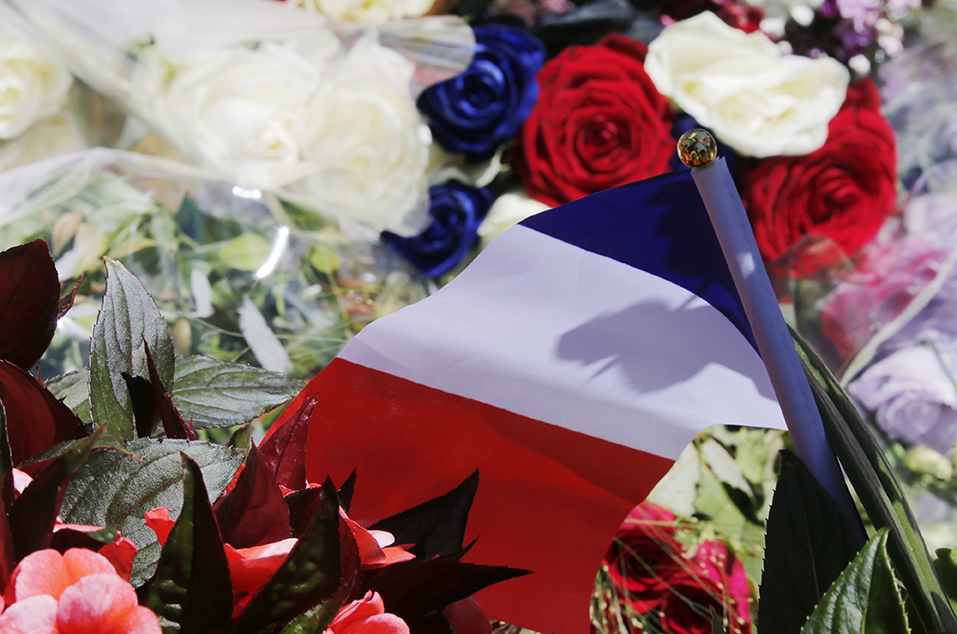 France must strike a delicate balance between securing its homeland while integrating all communities into French society, and one cannot come at the expense of the other, according to the Atlantic Council’s Damon Wilson.

“If France gets this right, it can offer a path forward for all of Europe and much of the West,” said Wilson, executive vice president for programs and strategy at the Atlantic Council. “If France gets this wrong, we are likely to see further violence and contagion pull apart societies.”

On July 14, a lone attacker drove a large truck into a crowd celebrating Bastille Day in Nice, France. Eighty-four people were killed and more than 200 injured. The attacker, who appears to have acted alone and as per initial reporting was not affiliated with any terrorist organization, has been identified as a thirty-one-year-old Tunisian man who moved to France in 2005.

French President François Hollande—who hours before the attack had indicated that the nationwide state of emergency imposed following Paris attacks on November 13, 2015 would soon be lifted—extended the emergency by three months.

“The challenge will be how to strengthen the foundations of our democracies, rather than undermine them, in our response to the security threat,” said Wilson. “It will require a long-term approach, well beyond bolstering France’s security posture, to get this right,” he added.

Damon Wilson spoke in an interview with the New Atlanticist’s Ashish Kumar Sen. Here are excerpts from our interview.

Q: What security posture does France need to adopt to guard against terror threats?

Wilson: We have to recognize that France has already been on a war footing. France has, through the Sentinelle mission, actually deployed a substantial portion of its armed forces domestically. French security is first class, but this commitment has put great strain on French forces, which are also deployed in theaters around the world.

Clearly, the French are going to have to maintain a major commitment of their security services to internal security. But to address planned versus lone-wolf attacks requires different strategies and approaches.

While France will remain on a strong security footing at home, it also can play a role in galvanizing other nations to take more decisive action against ISIS (the Islamic State of Iraq and al-Sham), the instigator—either operationally or inspirationally—of such attacks.

For France to be secure, it knows that it needs to not just focus on its own borders. It has to be a galvanizing force to motivate other allies and partners to take more decisive action to destroy ISIS in its space of operations in Syria and Iraq, and ultimately to cajole and convince the international community, in particular Washington, that there is a more sustainable and effective strategy available on Syria.

France is central to the war on terror that is unfolding right now. France, because of its history, geography, demography, is at the nexus of many of the issues. It is also perhaps one of our most critical allies because it uniquely brings a combination of strategic thinking, strategic outlook, political will to act, the military capability to back that up, and the financial wherewithal to sustain its efforts. If we look across our allies in the anti-ISIS coalition, France is among those best positioned to bring the resolve as well as the clarity of purpose and strategy to our common effort.

The challenge will be how to strengthen the foundations of our democracies, rather than undermine them, in our response to the security threat. It will require a long-term approach, well beyond bolstering France’s security posture, to get this right.

Q: What can the United States do, that it is not already, to help its European allies deal with security challenges?

Wilson: The United States and France have quite strong counterterrorism, intelligence, and law enforcement cooperation. France should be in the first tier of our security partners. We are doing a lot already, but we could take this to a new level. We should be forging the same type of relationship with France as we have with the Five Eye countries, for example.

We also need to recognize that France’s security is impacted by gaps across the European Union. We should work with the French to better bolster a Europe-wide counterterrorism posture recognizing that, so far, EU members have kept these powers at home out of a sense of national sovereignty. While by no means should France or other countries take one step back in ensuring the security of their citizens, we do need to take a step forward in bolstering a Europe-wide counterterrorism policy.

Q: What should France be doing to deal with radicalization at home?

Wilson: First, there is much the United States and other European nations can learn from France. There is a lot riding on this. If France gets this right, it can offer a path forward for all of Europe and much of the West. If France gets this wrong, we are likely to see further violence and contagion pull apart societies.

France is a leader in this space. Nearly eight percent of the French population is Muslim. France has a long, long history of both an Islamic population at home as well as extraordinarily close ties with former colonies like Algeria, Tunisia, and Syria. In many respects the French are far more advanced than Americans and other Europeans in viewing a Muslim population as an essential element of their society.

What is at stake is a sense of identity and how, over time, a more diverse France integrates and incorporates its Muslim population into how it has long seen itself as a bastion of secularism, liberal democracy, openness, and tolerance. French intellectuals, politicians, activists, artists are actually several steps ahead of their peers across Europe and the United States in working through these complex issues about society and identity. Getting it right can help defuse a situation that could lead to more violence and actually offer a pathway for Europe in terms of a more common identity against the backdrop of a diverse population.

This is difficult and has profound implications as we have seen with the rise of popularity of the National Front, which has been growing under the leadership of Marine Le Pen—a very credible contender for the French presidency next year.

The challenge that faces French society is the offer of the false sense of security by clamping down and building walls to protect the France of the past. I fear that we will see populist politicians looking to leverage horrific attacks like Nice for their own political purposes.

At the same time, it presents a challenge to leading mainstream politicians in France to articulate a strategy that resonates with the French people who are scared, but also leads them to understand that part of the importance of our response is how to bolster the foundations of our liberal democratic societies.

Image: A bouquet of flowers and a French flag are seen July 15 as people pay tribute near where a truck ran into a crowd at high speed killing eighty-four people and injuring more than 200 others who were celebrating the Bastille Day national holiday in Nice, France, on July 14. (Reuters/Pascal Rossignol)