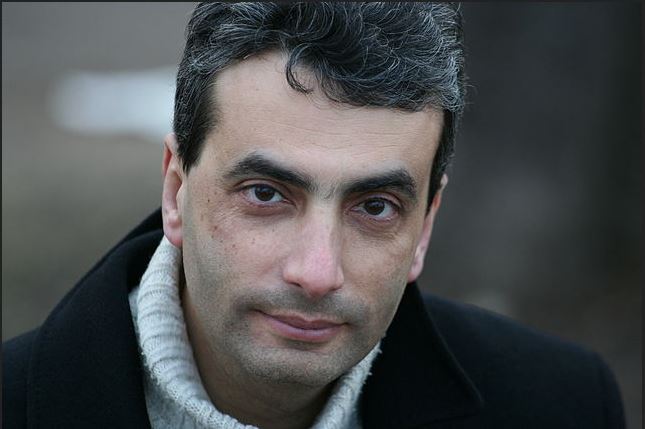 A portrait of Lev Shlosberg, a provincial legislator of the opposition Yabloko party, who was attacked by unidentified men after he reported on the Russian army's secret burials of troops killed in Ukraine. (Wikimedia Commons/CC License)

The story Lev Shlosberg told Russians last week is potential political dynamite for President Vladimir Putin: Shlosberg, a provincial legislator from Pskov, visited the funeral for two local men, paratroopers of the 76th Airborne Division, who had been killed in their unit’s secret (and illegal) deployment into Ukraine.

Shlosberg wrote about the funeral, from which he was turned away by military officials keeping it secret, in the local newspaper he publishes in Pskov. And he told the story to those Russians nationwide who can access the independent internet TV station Dozhd (“Rain”). Last Friday evening (August 29), as he left his office, three men attacked him in the street, beating and kicking him until witnesses appeared, according to Sergei Mitrokhin, who leads Yabloko, the opposition political party to which Shlosberg belongs.

Shlosberg, who suffered a severe concussion, broken nose, cuts and other injuries, has continued to disseminate the story he is getting in Pskov of heavy casualties among the local men sent to fight in Ukraine. In an interview from his hospital bed, he told the independent Russian news website Kashin that almost an entire company of eighty soldiers was killed  August 20, their bodies sent back with certificates saying the men had died in a gas explosion or by heart attack – and the location of their death left blank.

The dead soldiers’ families are not speaking out because they are being bullied and blackmailed by the Russian military, Shlosberg says.

The Kremlin denies it has sent troops into Ukraine and unidentified men attacked journalists from Dozhd and other independent news organizations who tried to cover the funerals. The burials took place in Pskov province a few days after President Vladimir Putin formally decorated the 76th Airborne Division for “carrying out combat missions with courage and heroism.” The Kremlin has not said what those missions are.

Shlosberg is the publisher of the independent newspaper Pskovskaia Gubernia, where he wrote last week that “the Russian leadership is trying to hide the fact that it is sending its sons to war, that they are dying and being buried in secret.” The newspaper’s latest edition has published transcripts of telephone conversations between local paratroopers about their unit’s mission in Ukraine, and what they say were the deaths of seventy out of eighty men in a single company of the 76th Airborne.

Schlosberg and the Pskovskaya Gubernia editorial board say they received the recordings from a source they won’t name at the 76th Airborne Division.

The transcript’s account says the company was sent to Ukraine August 16 and four days later destroyed a Ukrainian military checkpoint and several tanks. An artillery barrage then hit the company, killing most of its troops, says one of the soldiers. One soldier says that an “American radio electronic brigade” was working on the Ukrainian side.

“Our paratroopers are being sent to commit crimes on the territory of a neighboring country. And you know what they’re writing on their death certificates? Died in a gas explosion, heart attack, stroke. The place of death is left empty,” Shlosberg told Kashin.