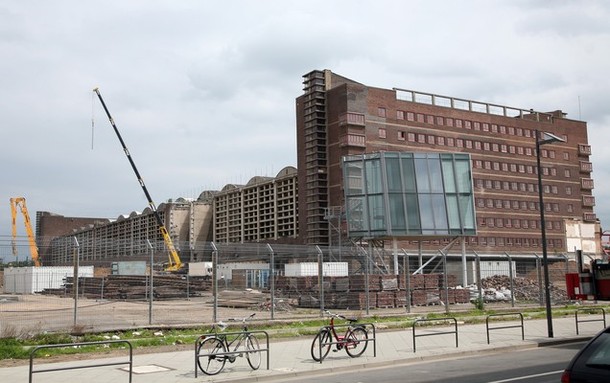 Evidently there is now a considerable debate out there about the famous (or should that be infamous) CEBS stress tests. Methodologically all sorts of weaknesses have been identified, but in many cases these are decidedly beside the point. It is important to be aware what the tests were (and weren’t) designed to show. They were, it seems to me, essentially designed to free up lending in the short term European interbank market, nothing more, nothing less. This would be useful since it would enable the ECB to step out of playing this particular role. And it may well happen, since if everyone can agree that no European bank is going to fail tomorrow, or be allowed to fail tomorrow, then there should be no difficulty for one bank to lend to another for 24 hours, and so on.

But this issue is a quite separate one from the longer term funding needs of the Spanish banking system, for example, or from the longer term solvency of Greek sovereign debt, where a large quantity of asset backed securities of one kind or another need to be re-financed in the months and years to come. This is a much more complicated issue, since no one has a really very clear idea of the longer term value of the securities which back the pieces of paper, either in the Spanish or the Greek cases, and the stress tests have done nothing to resolve this issue. And that is not surprising, since they were never intended to serve that purpose.

What the tests have I think made reasonably clear is that no EU bank or sovereign will be allowed to fail between now and the end of 2011. They will not be allowed to fail, quite simply because the ECB and the European Financial Stability Facility are there to guarantee that they don’t. So something is something. The Eurozone was created without due care and attention being paid to the kind of institutional backdrop which would be required to support it if things went wrong. Now things certainly have gone wrong – in ways which I think were perfectly forseeable, but let’s not push that one too hard right now – and we are in the process of putting some of the institutional support in place. Like Gaudi’s famous Sagrada Familia, what we have is a work in progress, with no evident end-date in sight, and no detailed blueprint of what the thing will finally look like. Debate about the future is, as they say, “ongoing”, and the situation is “fluid”.

At the same time issues about the per se usefulness of the kinds of tests the CEBS have just carried out remain, and continue to be legitimate areas of discussion. Some people have spoken about the likelihood of tail risk events (not forseen in the stress tests). But to some extent even this argument misses the point, since I am not sure that what we are talking about are “tail risks” in a situation like the Spanish or Greek one. The kind of cascading scenario (debt snowball, for example) we could see actually forms part of what anyone with a solid grasp of the underlying macro should actually expect to happen if no one does something to ensure it doesn’t, for the simple reason that all the various economic agents are effectively “inter-linked”, so when one part of the system goes down, then the rest can come crashing down behind it. And this is what will almost inevitably happen if someone, somewhere doesn’t find a way to revert the Spanish and Greek economies to a sustainable growth path.

Edward Hugh is a Barcelona-based economist of British extraction. Edward is a macro economist, who specializes in growth and productivity theory, demographic processes and their impact on macro performance, and the underlying dynamics of migration flows. This article was first published on A Fistful of Euros, a European opinion blog. Photo credit: Getty Images.