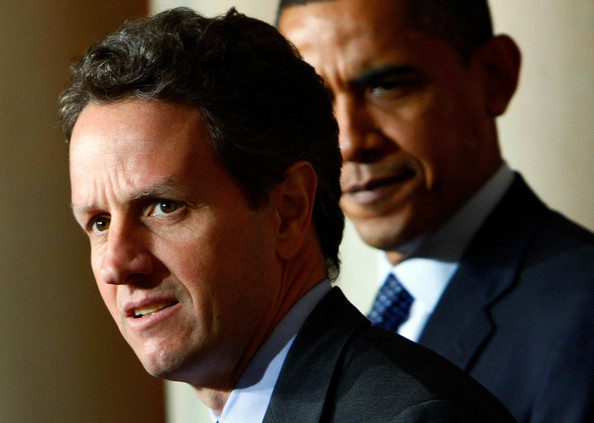 In a move that will further tighten the web of sanctions currently in place against Iran, the Obama administration has designated the National Iranian Oil Company (NIOC) “an agent or affiliate” of Iran’s notorious Islamic Revolutionary Guard Corps (IRGC). The Treasury Department’s designation potentially exposes foreign institutions conducting business with the NIOC and its subsidiaries to US sanctions, a potent legal deterrent to foreign companies seeking to do so.

The decision signals the Obama administration’s determination to strengthen the set of sanctions already in effect against Iran and is likely to only intensify the immense pressure facing the theocratic regime over its nuclear weapons program. Whether sanctions are having their desired impact, however, is yet to be seen.

The IRGC, whose reach extends into virtually every sector of the Iranian economy, is considered the country’s most important economic actor. US officials allege that the IRGC has increased its influence within the NOIC while leading efforts to violate Western sanctions that prohibit the import, shipping, and purchase of crude from Iran.

The second-largest oil company in the world, the NIOC was also already subject to US and other international sanctions given its status as a state-owned entity. These sanctions, however, only allowed American officials to pursue US citizens and companies conducting business with Iran, not their foreign counterparts. The Treasury Department’s “agent” designation dramatically expands the reach of Washington’s authority to penalize foreign financial institutions by potentially blocking their access to the US financial system. Although some countries have obtained sanctions waivers from Washington for reducing their imports of Iranian oil and are thus exempt from the new measure, these foreign purchasers of Iranian oil are likely to cut their imports even further as a result of the new sanctions on the NIOC.

Existing US and international sanctions, which forbid a broad range of commercial activity with Iran, have significantly hampered the country’s economy and energy sector.   Countries such as India, Japan, and South Korea who have traditionally been Tehran’s largest customers have all significantly cut their purchases of Iranian crude out of fear of running afoul of US sanctions. Tehran has witnessed its oil revenues plummet nearly seven billion dollars since sanctions targeting its oil and banking industries took effect.

There is little doubt that the sanctions regime, for which the Obama administration has garnered unprecedented multilateral support, is having a crippling impact. The question that remains is whether the intense pressure facing Tehran will force it back to the negotiating table and ultimately convince it to abandon its disputed nuclear weapons program.

Proponents of the current sanctions campaign point to recent developments in Iran that indicate that sanctions are working. The Iranian economy is in free-fall with the rial hitting record lows against the dollar, inflation inside the country skyrocketing, and the price of consumer goods sharply rising. Iranian leaders have, for the first time, acknowledged the biting effect sanctions are having on the country while a growing number of the population is becoming more vocal about the hardships they are experiencing. There appear to be some signs that the Tehran recognizes that the current state of affairs is ultimately untenable under Western sanctions.

Despite this, Iran has continued making progress on its nuclear program. Even as oil exports and revenues continue to shrink and the economic situation continues to precipitously deteriorate, Iran has shown no signs of abandoning its nuclear weapons program, the ultimate goal behind Western sanctions. According to a recent IAEA report, Tehran has actually doubled the number of centrifuges installed at its Fordow nuclear site.

The paradox of economic sanctions seemingly working but Iran continuing work on its nuclear weapons program poses a formidable challenge for American policymakers and raises familiar questions about the efficacy of sanctions. It is important to remember, however, that sanctions are not an ends to themselves but constitute just one tool out of many available to Washington. Sanctions that were used more effectively in the past were coupled with skillful diplomacy and meaningful military planning.

The Obama administration should not abandon its sanctions campaign against Iran and seems to recognize that they are just one component of a broader strategy towards Iran. While it is difficult to predict whether they will have their desired effect, sanctions like the ones imposed on the NIOC will ensure that the cost of doing business with Tehran remains high and only gets higher.