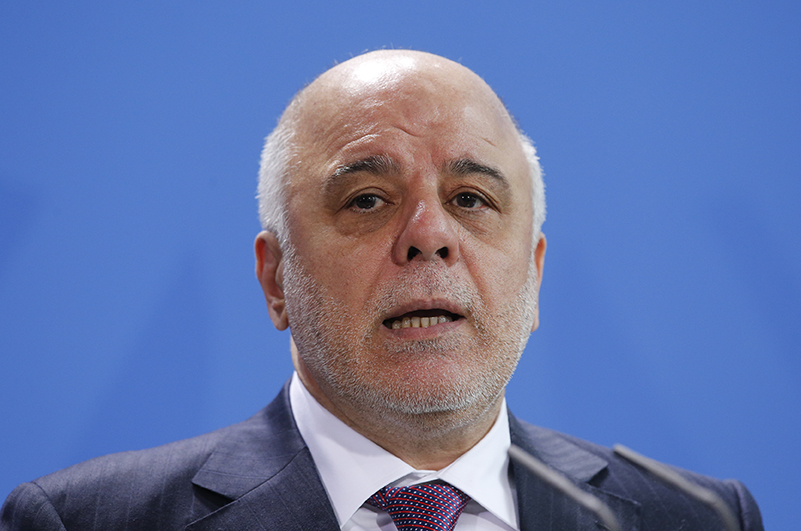 No matter what he tries, Iraq’s Prime Minister Haider al-Abadi just can’t catch a break. Faced with thousands of protesters threatening to breach the Green Zone in Baghdad, Abadi relented to their demand that he assemble a group of independent technocrats to form a new cabinet. But when Iraq’s political blocs got wind of the proposed new ministers, they threw an almighty tantrum and refused to accept a cabinet that didn’t include their own party apparatchiks. So Abadi has tried to put together a compromise list with both independents and party appointees, only to have both the establishment and the reformists up in arms.

In the latest dramatic turn of events, a parliamentary session April 11 descended into chaos as the Speaker of Parliament tried to postpone a vote on the proposed new cabinet until April 14. Dozens of parliamentarians objected to Abadi’s capitulation to the political parties whilst others refused to countenance passing a cabinet that didn’t represent their interests.

The core of the problem is a nationwide argument over the role of muhasasa, which refers to the power-sharing system that has governed Iraq’s political system since the ouster of Saddam Hussein following the US invasion in 2003. By dividing ministerial posts and senior positions in the public sector between Iraq’s Shi’ites, Sunnis, and Kurds, the system seeks to prevent conflict by giving everyone a stake in the political system. The trouble is that it also prevents the government from being able to function effectively. Each political group treats the ministries that it is awarded as its private fiefdom, using it to skim money and to award ministerial positions to party loyalists and important constituents. This has created a government that has been wholly incapable of delivering the basic services demanded by the Iraqi population.

The latest figure to try to break muhasasa is Muqtada al-Sadr. Sadr is best known as the “firebrand cleric” who led one of the few Shia movements to violently oppose the US presence in Iraq, but his Mahdi Army suffered catastrophic defeats in 2004 and then again in 2008. His political influence has waxed and waned in the years since, until this February when he seized on popular anger towards the government to catapult himself back into the political spotlight.

On February 26, Sadr rallied hundreds of thousands of supporters in the first of several consecutive Friday protests demanding government action on political and economic reforms. By mid-March, Sadrists were staging a permanent sit-in. I saw supporters sleeping in tents and on the sidewalk by the fences of the Green Zone when I visited Baghdad last month. They called on the Prime Minister to make good on his promise to overhaul the cabinet by replacing Ministers with independent technocrats, and threatened to forcibly storm the Green Zone if he failed to act. Eventually, Sadr himself joined the sit-in, ensconcing himself in a tent for five days, until the Prime Minister presented a list of candidates for a new cabinet to parliament for their approval.

The anger and disgust on display towards Iraq’s political elite is by no means limited to Sadrists. Hundreds of thousands of Iraqis have sporadically taken to the streets since last summer to protest rampant corruption and the government’s failure to provide basic services. Those protests were supported by Grand Ayatollah Ali al-Sistani, a far more revered cleric than Sadr, but ultimately failed to bring about any real change in government. Frustrated with the lack of progress, Sistani decided to suspend his engagement with politics, and unwittingly ceded the space for Sadr to seize on popular frustration with the political system for the benefit of his own party.

Despite railing against the corruption of the Iraqi political class, the Sadrists are no strangers to the spoils of government in Baghdad. Their political bloc, Al-Ahrar, has three cabinet members (though they have recently withdrawn) and thirty-four parliamentary seats. The party is infamous for using its control over the Ministry of Health to assassinate Sunnis at the peak of the Iraqi civil war, and has admitted that some of its most senior political figures have themselves engaged in corruption. One such Sadrist accused of corruption is Baha al-Araji, a former Deputy Prime Minister, who the Sadrists have privately incarcerated in Najaf in a completely extrajudicial process. While it is symbolically powerful for the Sadrists to hold one of their own to account for corruption, their willingness to operate outside of the rule of law is very concerning and is a behavior that is repeated throughout the organization.

Despite his current calls for all Iraqi fighters to be formally incorporated into the Iraqi army, Sadr is the father of the Iraqi militia. His Mahdi Army played a definitive role in Iraq’s sectarian civil war, and although he has rebranded his militia as “the Peace Brigades” they remain a threat to Baghdad’s control over the means of violence in the country.

Still, as much as they are implicated in the deficiencies of the country, the Sadrists have garnered a great deal of sympathy for taking up the torch of reform and for forcing the Prime Minister to revamp the political system. The problem is that any attempt to transform muhasasa faces the incredible odds posed by a system that is paralyzed by political actors with a deeply entrenched interest in maintaining the status quo.

Nussaibah Younis is a Resident Senior Fellow with the Atlantic Council’s Rafik Hariri Center for the Middle East where she directs the Task Force on the Future of Iraq.

Image: In Iraq, calls for the removal of Prime Minister Haider al-Abadi have grown as he has attempted a cabinet reshuffle aimed at addressing corruption. (Reuters/Fabrizio Bensch)