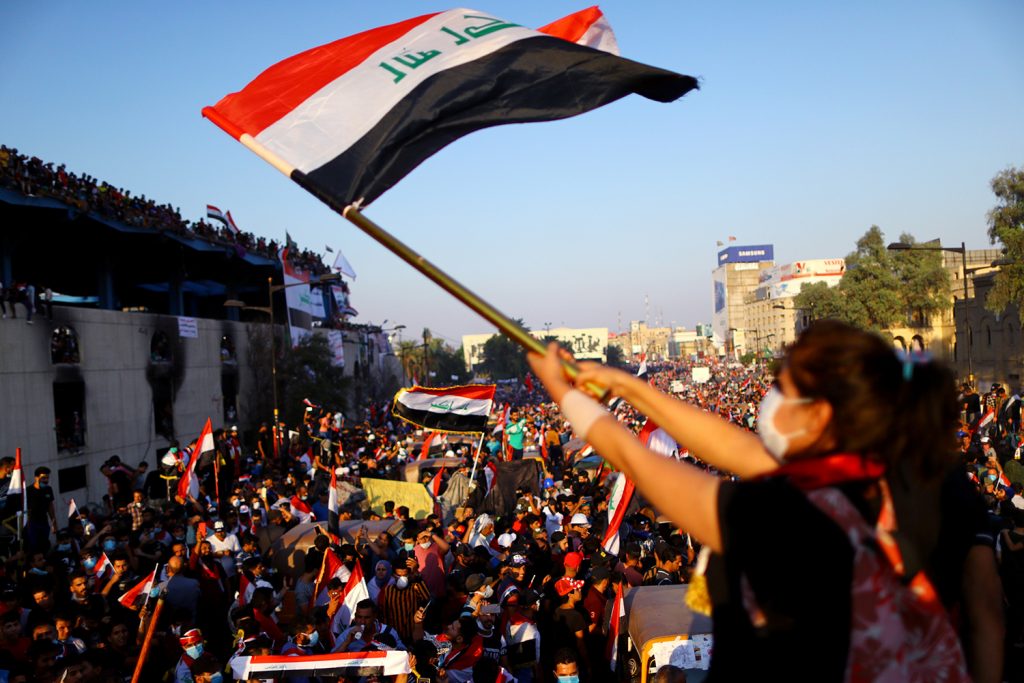 In Washington, some believe that despite the protests in Iraq that began in early October and continue apace, the current Iraqi government should be supported and given help as it responds to the just demands of the protesters. The reasons given range from: “What is the alternative? The devil you know is better than the devil you don’t” to “This is the constitutionally elected government, and challenging it risks chaos.”

That analysis might be convenient, but it is wrong. It does not take into account what has led to this explosion of public anger.

The May 2018 elections were all but boycotted by the electorate. The turnout was claimed to be around 44 percent, but many believe it was much lower. That contrasts with the 60 percent turnout in recent previous elections even without all provinces fully participating. Then, in June 2018, a suspicious fire destroyed half of the ballots from the 2018 election, and the results were “adjusted” by an Electoral Commission (EC), which should have been independent but was not. This is why one of the protestors’ key demands is to re-write the Election Law and re-form the EC to make it independent.

The constitutionality of the current political system is open to challenge in other important respects:

The Iraqi government, as it is constituted now and despite all past and present promises and claims to the contrary, does not have the political will or the capacity to deliver good governance. That is why the first demand of the protesters is for the government to step aside and be replaced—hopefully peacefully by constitutional steps—by an emergency administration that is mandated to reform the system and start building a state that will function without corruption and foreign influence and deliver for its people.

The Iraqi people and the young peaceful protesters deserve no less.

The United States should be true to its values and stand with the protesters as well as condemn the excessive violence directed at them and demand that it be stopped. The United States should support the protesters’ demands to transform their system of government and make it less corrupt and more efficient, accountable, and representative, and therefore more stable (moreover, all those changes would make the country more prosperous) and free it from Iranian influence. These aims, if achieved, would clearly be in the national interest of the United States.

Will protests herald a new era in Iraqi politics?

The defining feature of the protests in Baghdad which started on October 1 and spread to other cities in southern Iraq is that they were neither led nor called for by a religious authority (also known as the marja’iya) or another leader. When the first wave of protests began in multiple cities, the protesters’ message […]