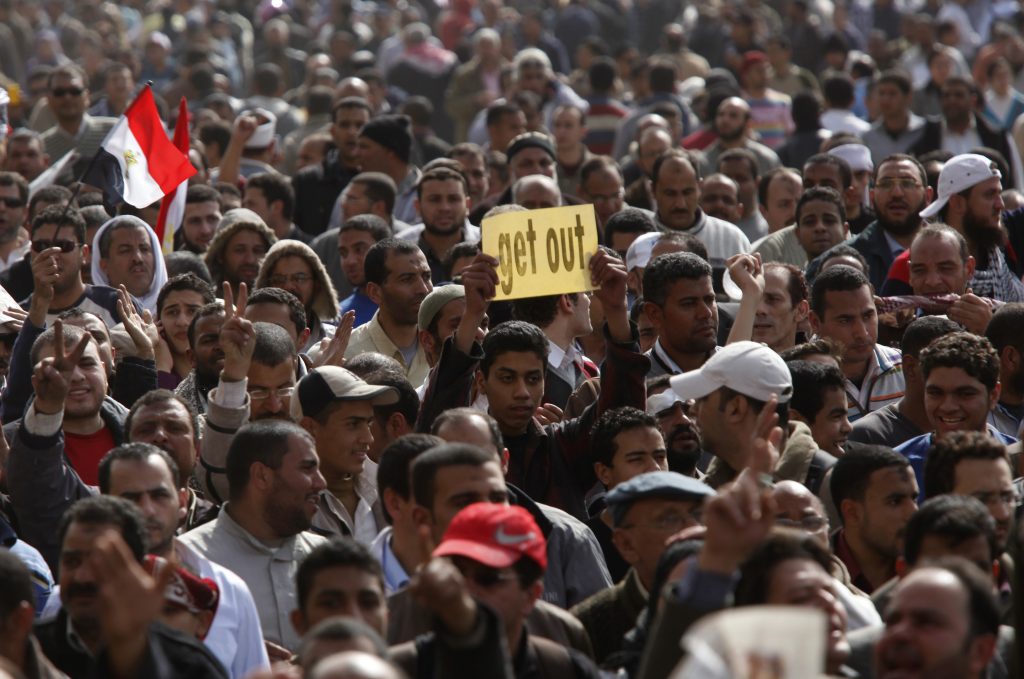 The late Samuel Huntington, a Harvard political scientist, famously talked about democratization as a series of wave motions forward and backward. Scholars label the burst of democratization in Latin America, Asia, and Eastern Europe in the 1980s and 1990s as the Third Wave. The political reform that got underway in Myanmar in 2010; the popular Arab Spring uprisings that first erupted in Tunisia in December of 2010 and then spread across the region; and regime change in Ukraine in 2014 have collectively been seen by some as a possible Fourth Wave. At the same time, for the eighth year in a row, Freedom House announced in its 2014 Freedom in the World report that more countries registered declines in political rights and civil liberties than gains. Democratic backsliding in important countries such as Hungary, Russia, Turkey, and Venezuela, combined with autocratic Russian President Vladimir Putin’s land grab in the heart of Europe, are creating regional and international instability.

Our edited volume, Is Authoritarianism Staging a Comeback?, brings together leading scholars to assess why and how authoritarian regimes have become smarter. There is no single explanation for democracy’s reversal of fortunes.  Stanford’s Larry Diamond believes democracy is a tough system to institutionalize and sustain. Sustaining democracies requires effective institutions, beginning with savvy democratic political parties that are often lacking in newly democratizing states. University of North Carolina’s Zeynep Tufekci thinks that while it’s gotten harder to be an authoritarian regime because of the new information environment, activists have been unable to counter government onslaughts on their digital capabilities. University of Massachusetts’ Regine Spector provides a case study of the relative resilience of Central Asian authoritarian regimes where many of the leaders have shown themselves to be “adaptable autocrats.” Nada Alwadi, a Bahraini independent journalist, details how the 2011 civil resistance in Bahrain lacked a unified strategy, thus leading the movement to take premature actions—such as calls for widespread civil disobedience—for which its supporters in the broader public were not prepared. University of Denver’s Erica Chenoweth confirms that despite the onset of a new wave of uprisings in the late 2000s and the “Arab Awakening,” the success rate of those movements is reversing to a rate comparable to that of the 1950s when civil resistance was less common than it is today.

We look at ways to reverse the trend. Howard Barrell, a former journalist and African National Congress activist, examines how political mobilization can help achieve the encirclement of a regime not merely from without but also from within. Maciej Bartkowski, Senior Director for Education and Research  at the International Center on Nonviolent Conflict (ICNC) and Adjunct Professor at Johns Hopkins University, and Julia Taleb, independent journalist with a focus on the Middle East, examine the fatal and short-sighted shift by the Syrian opposition to armed struggle despite the success of nonviolent civil resistance movements in gaining public support, government concessions, and growing numbers of defections from the regime. Peter Ackerman, ICNC’s Founding Chair, and Hardy Merriman, ICNC’s President, believe the skills of civil resistance groups are, on balance, more important than conditions in determining outcomes. They outline a “checklist to end tyranny.” Shaazka Beyerle, visiting scholar at John Hopkins’ School of Advanced International Studies, examines how corruption, often the glue holding the regime together, is also its Achilles’ heel, engendering widespread public outrage and dissent that have driven successful anti-corruption campaigns.

Finally, the volume examines the role of outside actors in helping to create an enabling environment for nonviolent challenges to authoritarian policies and practices. Elizabeth A. Wilson, a human rights law professor at Seton Hall University, examines the international legal basis for outside support to nonviolent movements. Jeremy Kinsman, former Canadian diplomat, and Kurt Bassuener, independent policy analyst living in Sarajevo, illustrate critical roles that foreign diplomats have played to create space for civil resistance. Retired US Navy Adm. Dennis C. Blair, former Commander in Chief of US Pacific Command (PACOM) and former Director of National Intelligence, believes there are many opportunities for the armed forces of established democracies to affect the thinking and behavior of their counterparts in authoritarian regimes.  George A. Lopez, Vice President of US Institute for Peace, makes the argument that “smart sanctions” provide an array of coercive measures to the international community that have proven somewhat effective in particular cases of massive rights abuses and ongoing atrocities. Maria J. Stephan concludes by providing a broad array of external actor tools and suggests a checklist for outside assistance to nonviolent movements.

This volume completes the first phase of the “Future of Authoritarianism” project spearheaded by the Atlantic Council’s Strategic Foresight Initiative with the generous support from the ICNC. The second half will go deeper into the roles and responsibilities of outside actors for furthering democratic development. Failure to reverse the troubling global trends of democratic decline could have serious negative repercussions for US, regional, and international security. There is a policy imperative for external actors, governmental and nongovernmental, to find creative and effective ways to engage nontraditional civil society actors, helping to create space for nonviolent political transitions and providing pathways to meaningful political participation in the new democracies.

Mathew Burrows is Director of Strategic Foresight Initiative at the Atlantic Council.

Image: Opposition supporters rallied after Friday prayers in Tahrir Square in Cairo February 4, 2011. Tens of thousands of Egyptians prayed in Tahrir Square for an immediate end to President Hosni Mubarak's 30-year rule, hoping a million more would join them in what they called the "Day of Departure". (Reuters/Goran Tomasevic)