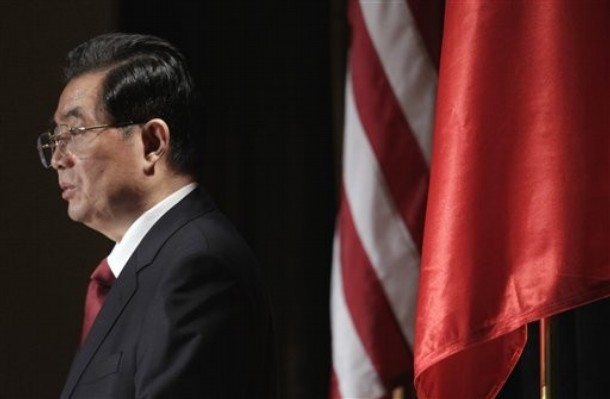 Should the United States — and Europe — fear that China will successfully use its increasing economic clout in Europe to drive a wedge between the traditional trans-Atlantic allies?

Not necessarily. In the first place, Beijing’s use of economic ties to play Europe against the United States is nothing new. For years, China shifted purchases of jetliners from American-owned Boeing to its European competitor, Airbus, in an effort to pressure the United States on its human rights policies toward China and its relations with Taiwan.

Li’s trip and the deepening Chinese role in the European economy undoubtedly will increase China’s political clout with European nations, which may again face strong pressure from Beijing to lift the EU embargo on sales of arms to China that was imposed after the 1989 Tiananmen political crackdown.

But the EU backed off its 2004 plan to lift the embargo after Washington objected that the Europeans were not looking at the strategic and military implications, especially the prospect of European arms being used by China in a conflict with the United States over Taiwan.

Taking another run at such a controversial step is unlikely in the near future, despite Beijing’s pressure to end what the Chinese view as an "insult" that impedes development of political and economic ties.

Why? Despite China’s diplomatic show in the last few weeks, mistrust of China and its strategic intentions is on the rise in both Europe and the United States. Moreover, China’s growing economic ties to Europe, like its economic relationship with the United States, is a two-edged sword. China may be gaining economic leverage but it is also further tying its economic future to that of Europe, thus limiting Beijing’s options.

In fact, in the long run China’s closer economic ties with Europe may be strategically beneficial to the West on two critical points: First, China’s investments in Europe, especially its purchases of bonds in states-on-the-financial-brink like Spain, may help prevent a worsening debt crisis that could threaten Europe’s economic recovery and even the stability and future of the Euro-zone.

Secondly, Chinese investments in Europe — whether in the form of bond purchases, mergers and acquisitions or direct investment — increase China’s stake in the health and growth of the European economy. On both fronts, China is further tying its future to the future of the global economy and particularly to the economic success of Europe.

The current trend is one of growing mutual mistrust and a view of relations as zero-sum. But allowing European and U.S. ties with China to deteriorate to a predominantly conflictual relationship would undermine the strategic interests of all the parties at a time when the world’s many long-term challenges — from managing the global economy to confronting climate change and addressing looming resource scarcities — require global cooperation, especially among the most powerful nations.

Fortunately, Chinese, American and European leaders continue to emphasize that we "are in the same boat" and must cooperate to meet global challenges. The problem is that this view is not always echoed — or supported — at lower levels of their respective government bureaucracies and militaries, nor is it always implemented in policy.

This coordination should go beyond defensive aims, however, and seek to more fully engage China in a constructive and comprehensive partnership to enhance global governance and meet common global challenges.

Despite Beijing’s recent nationalist assertiveness, China is deeply dependent on the global economy for its economic growth in the near and long term. China needs U.S. and European cooperation to advance its interests.

Some Chinese leaders, especially in the People’s Liberation Army, may want to use China’s rapid economic rise and increased military capability to "bully" neighbors and resolve disputes on terms favorable to China. But their bluster has proven to be politically counterproductive with their neighbors and with most of the world, including with European governments and publics.

Beijing can ill afford to alienate Europe and the United States — much less its Asian neighbors — with which it is deeply enmeshed economically and upon which it is dependent for its future growth and political stability. For their part, the U.S. and Europe have common interests in resisting any Chinese "divide and conquer" strategy, while nudging China into a more cooperative posture toward the world.

Dr. Banning Garrett is the Director of the Asia Program at the Atlantic Council. This essay was previously published on CNN. Photo credit: AP Photo.