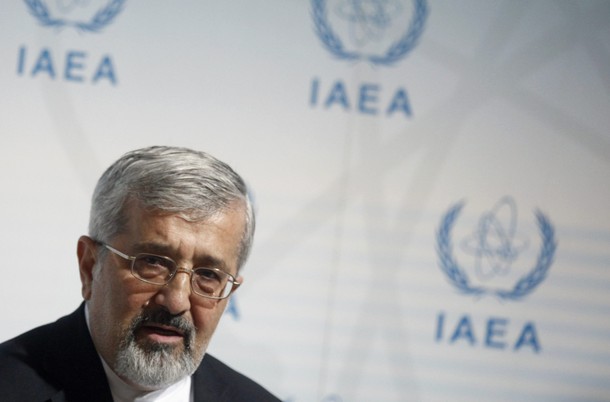 Is it time for a Nuclear Mutual Assistance Pact? Yesterday’s ‘P5+1’ statement urging Iran to enter into “serious dialogue” on its nuclear program “without preconditions” suggests the danger of nuclear proliferation is now so real that something new is needed to prevent it. The statement is also an important precedent. The very fact that the five Permanent Members of the UN Security Council—China, France, Russia, the United Kingdom and the United States—have come together with Germany demonstrates the gravity of the growing crisis. As British Foreign Secretary William Hague said, if Iran gets nukes others will follow.

Israel and Iran are clearly on collision course. In a Tuesday night US speech, Israeli Prime Minister Benjamin Netanyahu made it clear that time is running out and Israel will “not live in the shadow of annihilation.” Netanyahu was to some extent exaggerating for effect and talking to a particular audience but Israeli perceptions cannot be ignored. Indeed they are central to this crisis. A Nuclear Mutual Assistance Pact would reinforce Chapter Seven of the UN Charter, which allows for self-defense by authorizing the P5 to act in the event of a nuclear threat—including the use of military force if the threat was imminent. The immediate purpose of the pact would be to stabilize the Middle East. As Hague implies, if Iran gets the bomb, Saudi Arabia, possibly the Gulf States, and others will doubtless follow.

The pact would also serve to reinforce the failing 1968 Non-Proliferation Treaty. The first atomic bomb was exploded in 1945 and the first modern missiles flew in 1944. Such is the pace and scale of technology creep that nothing that old can be kept forever in a locked treaty box, especially when a treaty reflect a past age. Sooner or later the bomb is going to spread well beyond the current eight nuclear powers. Indeed, an uncomfortable truth is that sooner or later the world is probably going to have to find a way to properly police a multi-multipolar nuclear reality.

Under the pact, the five nuclear UN Security Council Permanent Members would immediately and collectively threaten an offender with overwhelming military action and render humanitarian assistance in the event of an attack. The pact could be established as an addendum to the Non-Proliferation Treaty which was extended indefinitely in 1995. The pact would also authorize the establishment of criteria for ever-tougher sanctions for unauthorized possession of nuclear weapons. Of course, sooner or later consideration would also have to be given to what President Obama called in his 2009 Prague Speech “Global Zero,” or general and comprehensive nuclear disarmament. However, that would be then, not now.

Part of the problem is that facing up to the reality of nuclear proliferation is simply too uncomfortable for leaders and publics. They simply want the problem to go away. Indeed, there are even people out there who have convinced themselves that Tehran’s ambitions go no further than the peaceful exploitation of nuclear power. That is the latter day equivalent of Holocaust denial.

If action is not taken the threat that Israel launches an air-strike against Iran will grow. At some point Israel may judge the threat so great and the chance that conventional air strikes do the job so unlikely that a pre-emptive nuclear strike against Iran becomes an option. Israel possesses an estimated 250 nuclear warheads at Dimona. This extra dimension to Iran-Israel relations makes this particular nuclear stand-off particularly dangerous. Alternatively, the Western powers offer an exclusive nuclear mutual assistance pact solely to Israel with all that entails for the Middle East…and the transatlantic relationship.

The price of proliferation will also strike closer to home. The very fact of a world with multiple nuclear powers would undermine the ability of the great powers to shape events. Indeed, for all the fancy conventional forces the Americans, Chinese, Russians and their like may in the future possess, the whole point of nuclear weapons is that they equalize and neutralize power. The only way to stop the drift towards a very dangerous nuclear world would be to make the possession of them hideously costly and the use of them utterly ruinous.

The simple truth is that like it or not we are indeed entering a new nuclear age. And whatever the situation in the Middle East we need to start thinking about new control, verification and if necessary punishment regimes for those states that might contemplate using nuclear weapons. The nuclear genie is not yet out of the bottle but the lid is getting looser by the day.

We need to act now.