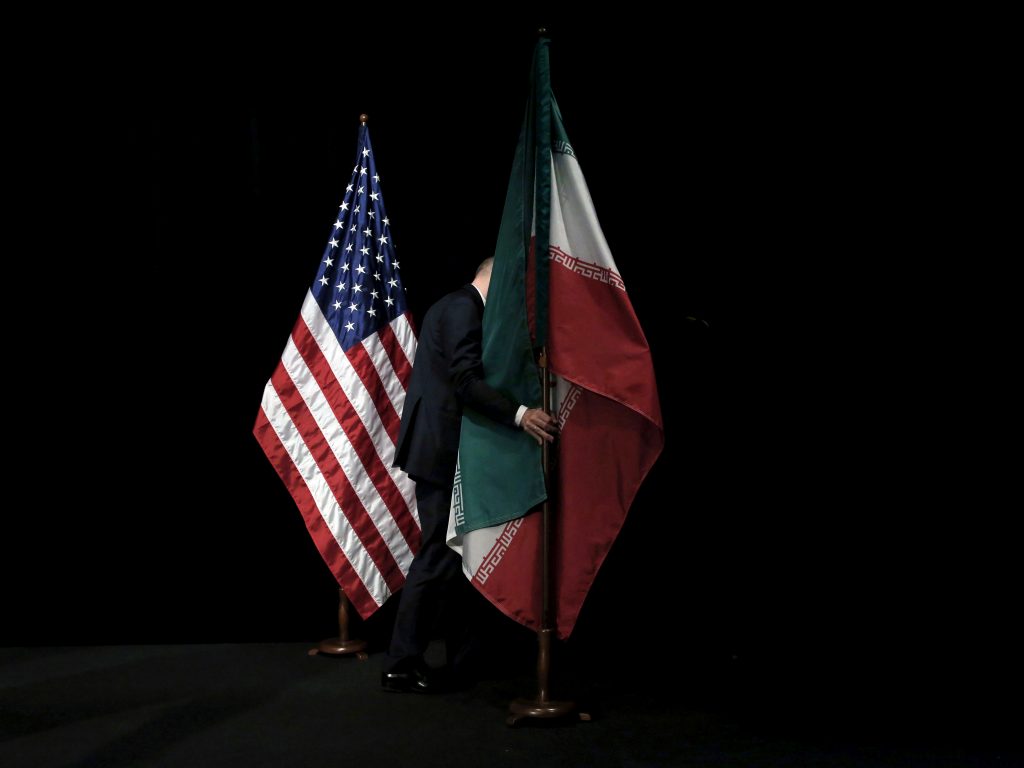 Iran’s plans to violate a central tenet of the 2015 nuclear deal by exceeding limits placed on enriched uranium “will be the final blow to an agreement that the United States mortally wounded a year ago,” according to Barbara Slavin, director of the Atlantic Council’s Future of Iran Initiative

The nuclear deal—formally known as the Joint Comprehensive Plan of Action (JCPOA)—was signed between Iran, the United States, France, Germany, Russia, the United Kingdom, and China on July 14, 2015. The deal required Tehran to freeze aspects of its nuclear weapons program. In return, the other signatories would provide sanctions relief. On May 8, 2018, US President Donald J. Trump announced that the United States would withdraw from the JCPOA over concerns that it did not do enough to stop Tehran’s pursuit of a nuclear weapon or its “malign activity” in the Middle East.

Since the withdrawal, the United States has levied several rounds of sanctions on Iran and has sought to cut off all of Iran’s exports of oil. Iranian President Hassan Rouhani warned on May 8 that the US actions would cause Iran to begin to stop complying with the terms of the JCPOA. Iranian official Behrouz Kamalvandi confirmed on June 17 that Iran has increased its production of low-enriched uranium by almost fourfold. According to Kamalvandi, this production will exceed the JCPOA limit of 300 kilograms by June 27, officially making Iran non-compliant with the terms of the deal.

Kroenig argued that “Iran is ramping up its enrichment rate because it is one of the few means it has to put pressure on the Trump administration. Trump has increased sanctions, so Iran is threatening to move a step closer to building nuclear weapons. They are playing a game of chicken to see who will blink first.”

“This is exactly what Iran has said it would do after the United States announced that it was imposing a near-total embargo on Iranian oil sales,” Slavin explained. The threat to increase uranium production means Tehran “is preparing for new negotiations—either with Trump or a successor,” she added. “It is amassing bargaining chips for those talks.”

This threat may mean that now “the United States may demand that UN sanctions snap back against Iran. That would formally kill the JCPOA,” Slavin said.

“This move will make it tougher for the EU, UK, Germany, and France to rhetorically support the JCPOA,” Daragahi added. “But Russia and China will likely stand by Iran at the Security Council.”

“The Iranian nuclear crisis is back on,” Kroenig said. “Iran is re-starting the clock on its march to the bomb. This will generate increased international concern and the Trump administration will attempt to increase pressure on Iran to force Tehran back to the negotiating table.”

Kamalvandi held out hope that the deal could still be saved, however, as he said there was still time for Iran to reverse production if the other signatories of the deal—especially the European nations—“abide by their commitments” to ensure the trade and sanctions relief measures of the JCPOA.

European countries have been attempting to find ways to circumvent US sanctions for the past year, including the creation of a new mechanism—known as INSTEX—which would allow European companies to continue trade with Iran while avoiding US sanctions. Iranian officials have been frustrated, however, at the delay in setting up the mechanism and there is concern that the transactions on such a platform would be limited and could still be subject to US sanctions.

“It is still too early to tell what INSTEX entails and how it will work,” Daragahi said. “The United States has said it has no problem with it as long as it is used for humanitarian goods. That won’t be enough for the Iranians,” he continued.

“Given the US dominance of the financial system and the ways in which European and multinational companies depend on that system, Europe is not well placed to go around US sanctions,” Slavin said. The INSTEX system, she added, “is more a political than a practical gesture given continued US opposition and the reluctance of European companies to risk their exposure to the US market.”

Daragahi said that any actions the Europeans could take “are rather drastic and could hurt the European economies if the United States retaliates. Europeans have to look out for their own interests, and the bottom line is that Iran is a medium-sized economy with a nightmarish bureaucracy,” so it may not be worth the risk.

Iran’s threatened move to end compliance with the JCPOA could roil an already tense region. The United States has blamed Iran for attacking two cargo tankers in the Strait of Hormuz on June 12, as well as a separate attack on four oil tankers off the port of Fujairah in May. On June 17, Iran-aligned Houthi rebels in Yemen announced that they had launched another drone attack on an airport in Saudi Arabia, one of several such attacks launched in recent weeks. The United States also claims that Iran directly helped these rebels shoot down a US drone on June 6.

The threat of new Iranian enrichment will cause “more hooting and hollering from the hardliners in Washington,” Daragahi said, “but the United States doesn’t want a war.” As incidents in the Persian Gulf multiply and rhetoric rises on both sides, however, managing escalation will become trickier for all involved.

Image: A staff member removes the Iranian flag from the stage after a group picture with foreign ministers and representatives of the U.S., Iran, China, Russia, Britain, Germany, France and the European Union during Iran nuclear talks at the Vienna International Center in Vienna, Austria, July 14, 2015. (REUTERS/Carlos Barria)