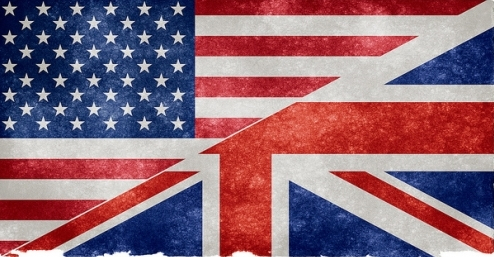 Is the Anglo-American special relationship dead? In the wake of Parliament’s 29 August decision to block the use of British forces in any US-led strike on Syria British officers were ejected from planning meetings at US Central Command (CENTCOM). At this week’s G20 meeting in St Petersberg President Obama will pointedly have a private meeting with France’s President Hollande, but not with David Cameron.

To understand the special relationship it is necessary to go back to its origins. Not surprisingly it was the product of Winston Churchill’s fertile and febrile strategic imagination. In a famous March 1946 speech in Fulton, Missouri entitled “Sinews of Peace” Churchill said, “Neither the sure prevention of war, nor the continuous rise of world organization will be gained without what I have called the fraternal association of the English-speaking peoples …a special relationship between the British Commonwealth and Empire and the United States.” At the time Churchill was set on re-casting the victorious Anglo-American alliance of World War Two to confront Soviet expansionism.

That was then this is now. Britain is no longer an imperial power but still retains one of the world’s leading economies and one of the world’s most capable armed forces, albeit one in which the link between capability and capacity is now dangerously tenuous. The relationship also tends to vary depending upon who is in charge in London and Washington and the extent to which British leaders determine they must align the British interest with the American.

Equally, there are indeed areas of co-operation between the countries that can be said to be ‘special’ by international standards. The co-operation between American and British Intelligence is certainly ‘special’ as Edward Snowden has revealed. Moreover British Intelligence has been particularly effective in Syria which may explain Obama’s muted response to Parliament’s nay say.

However, the true foundation of the special relationship is first and foremost the relationship between the armed forces of the two countries. As retired US Army Four Star General Jack Keane said this week of the proposed Syria operation, “We operate side by side with the UK and we know who our closest ally is. We certainly would much rather do this with the UK side by side, that’s how the military feels, [and] I really think the leaders of the country feel.”

Giving evidence before the Senate over the summer the new US Ambassador to the Court of St James said, “We are committed to working with that strong relationship [with Britain] to ensure that they [the British armed forces] remain full-spectrum capable, that they remain operable with us and also that they are able to continue to lead missions on behalf of NATO. It is an area of critical concern.”

My own conversations with American leaders underline the damage that was done to Britain’s influence in Washington by London’s 2010 Strategic Defence and Security Review (SDSR). The damage was not simply a question of the cuts per se but the way London failed to manage American expectations. Some of that damage has since been offset by the large equipment program announced for the British armed forces. Sensible people in DC also understand that the British Government had to close a £38bn ($59bn) funding gap in Britain’s defense budget at a time when failing banks had brought Britain’s economy to its knees.

However, Washington does not do sentimentality. A close friend of mine who is a very senior American said to me recently that the relationship works so long as Britain does not test it. Critically, there are no blocks of hyphenated British-Americans with a US vote, in the same way there are Jewish-Americans and Polish-Americans. Therefore as Churchill fades into the far past it is British power that will define the scope and extent of British influence in Washington and the Americans will measure that power as being first and foremost military.

Therefore London has some ground to catch-up which will not have been helped by this week’s Parliamentary vote. Moreover, the Anglo-American relationship has been diluted in the American political mind over the years by a rather sordid and sorry mix of over-needy British politicians desperate for American presidential blessing, London’s retreat from big thinking about strategy and massive cuts to Britain’s armed forces. For all that America and Britain still enjoy the closest strategic relationship of any two sovereign states on the planet. And, the relationship is not a beauty contest. If America operates with others from time to time as it will London needs to be mature about it.

However, if SDSR 2015 does not reset the British armed forces back onto a path towards an ability to lead coalitions then not only will the special relationship wane further in the American mind but the value of NATO with it. Indeed, British military capability is a key factor in keeping NATO relevant in Washington. Therefore, SDSR 2015 must be strategically substantive and sold well in Washington. One of the big mistakes the British made in 2010 was to under-estimate the influence of DC think-tanks over both White House and Pentagon thinking.

The special relationship is not dead but if SDSR 2015 fails in the American political mind Britain will simply become yet another of those pesky European allies forever demanding, offering little by way of return and all too willing to fight to the last American. There is nothing special about that.