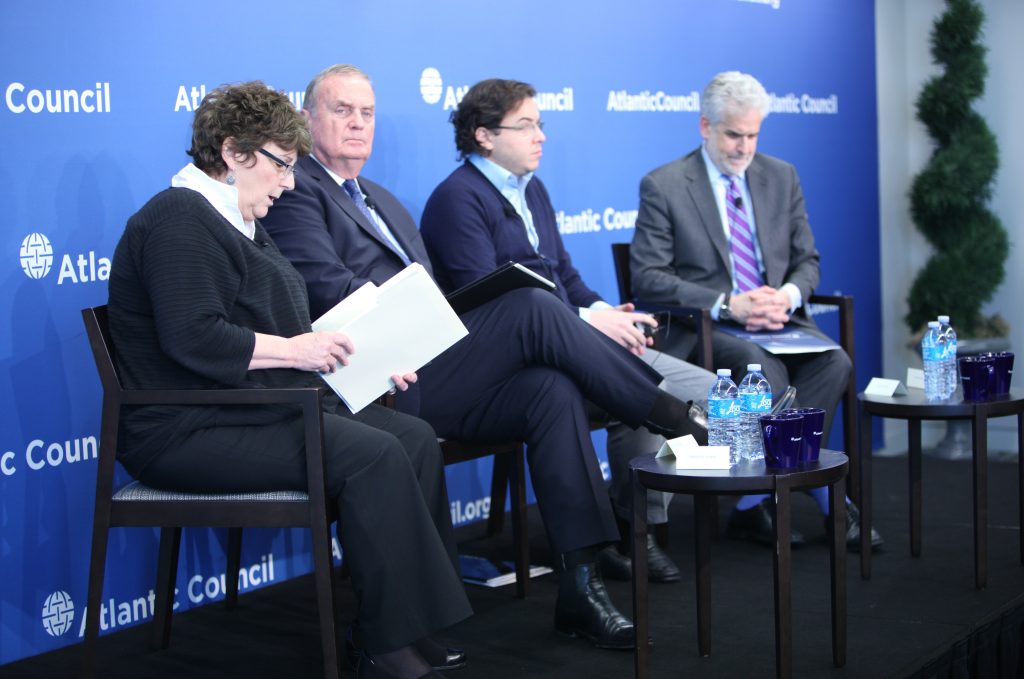 The United States’ friends and allies in the Middle East see Washington as a less reliable partner and are “talking fairly openly about alternatives” such as Russia and China, retired Gen. James L. Jones, Jr., a former US National Security Advisor, said on Dec. 8.

For example, the United Arab Emirates’ military is operating Chinese-made drones in Yemen because it couldn’t get US drones, Jones, who served in the Obama administration and is currently Chairman of the Atlantic Council’s Brent Scowcroft Center on International Security, said during a panel discussion in Washington.

“The United States has lost a lot of the traditional confidence in the region and we need to figure out a way to rebuild that confidence,” he said.

Gulf countries are also more openly voicing their concerns about the “existential threat” Iran poses to them, Jones said, and therefore the United States must accelerate the pace of its assistance to its allies.

US President Barack Obama sought to allay Gulf countries’ concerns about Iran at a Camp David summit in May in which he pledged that the United States would work jointly with the Gulf Cooperation Council (GCC) states to “deter and confront an external threat to any GCC state’s territorial integrity.”

At the meeting with leaders and officials from all six GCC countries — Bahrain, Kuwait, Oman, Qatar, Saudi Arabia, and the United Arab Emirates — Obama reaffirmed “our iron-clad commitment to the security of our Gulf partners.”

The President, however, stopped short of offering what some Gulf states had hoped for: a formal defense treaty. Instead he announced measures that include integrating ballistic missile defense systems, stepping up cyber and maritime security, facilitating weapons sales, and increasing the frequency of joint military exercises.

That the Camp David summit coincided with intense nuclear negotiations between the United States and fellow members of the P5+1 — France, the United Kingdom, Russia, China, and Germany — on one side and Iran on the other was no coincidence. A nuclear deal was reached in July.

“The fundamental gulf between us is that [the Gulf states] still see Iran as an existential threat,” said Jones. These states see the nuclear agreement with Iran as doing little to alter Iran’s behavior when it comes to supporting terrorist groups such as Hamas and Hezbollah, and think the nuclear deal “might be useful in the short term, but certainly not in the long term,” he added.

Despite their frustrations with the United States, some Gulf states will be reluctant to turn away from Washington in a hurry.

“One thing that I highly doubt will ever enter any Saudi armed forces and that is Russian weaponry,” said Nawaf Obaid, a Visiting Fellow at Harvard University’s John F. Kennedy School of Government.

“It shouldn’t be seen as, ‘Well, because they are upset with America they are going to go to Moscow,’” said Obaid. “We don’t think like that.”

Saudi Arabia is among the largest buyers of US defense equipment and in November the US State Department approved a $1.2 billion weapons package, which includes precision-guided weapons or smart bombs to help Riyadh in its war against Houthi rebels in Yemen.

A Saudi-led coalition, which includes the United Arab Emirates and Bahrain, launched airstrikes and a ground offensive in Yemen after the Houthis toppled the Yemeni government in February forcing President Abed Rabbo Mansour Hadi to flee to Saudi Arabia.

The Sunni Muslim Saudi kingdom is desperate to return Hadi to power because it worries that Shiite Iran is using the Houthis, who are also Shiites, as its proxies in Yemen. Amid the conflict, the Islamic State has put down roots in Yemen and has claimed responsibility for suicide car bombings, including the assassination of the Governor of the port city of Aden on Dec. 6.

US weapons sales to Gulf states like Saudi Arabia give some analysts a reason to be optimistic about the United States’ relationships with its Gulf partners.

“Since Camp David, but particularly in the last month or so, I am sensing a much higher velocity of engagement, a much higher degree of interactions from the President and the heads of state all the way down,” said Barry Pavel, Director of the Scowcroft Center.

“Now we are seeing a velocity that could, if it continues, raise the relationship to a new level,” Pavel said, referring to the United States’ relationships with key GCC nations, particularly the United Arab Emirates and Saudi Arabia.

What should the United States be doing?

What more could the United States be doing with its Gulf partners that it isn’t doing already, asked Karen DeYoung, a Washington Post reporter who moderated the panel.

The United States could begin by highlighting the implementation of agreements reached at Camp David and take the initiative to build a coalition to improve military capabilities and interoperability among the GCC countries, said Jones.

The Obama administration’s message of getting out of wars has been “overdone” leaving the impression that the US’ security commitment to its Gulf partners is not what it used to be, said Pavel.

What is needed is a “healthy public diplomacy reassurance and deterrence” to show that the United States is committed to the region, he said, noting that the United States was able to deter the Soviet Union during the Cold War even as the two were making agreements, so it should not be inappropriate to have a similar approach to Iran.

The Obama administration should also announce a date for a second US-GCC Camp David summit as a way to keep the impetus in the relationships, Pavel added.

In its effort to degrade and ultimately destroy the Islamic State of Iraq and al-Sham (ISIS), the United States is leading a coalition of sixty-plus countries in Syria and Iraq. Some Gulf states have been criticized for not doing enough.

Such criticism is misplaced when it comes to Saudi Arabia, said Obaid.

There is a decrease in participation in the anti-ISIS coalition because there is a “misunderstanding” and “disagreement” about the coalition’s intent, he said. “It’s not about planes. Saudi Arabia has a lot of planes. … It is about the whole premise of attacking one part of the cancer while leaving the other one safe.”

Such rhetoric is “extremely corrosive,” said Pavel, and is partly what has contributed to “a perception of an erosion in US influence and role as a model.”

“What we seem to misunderstand, as a government and as a people, is we are operating from a very significant deficit right now … we really need to start digging out of the hole and not digging deeper,” he added.