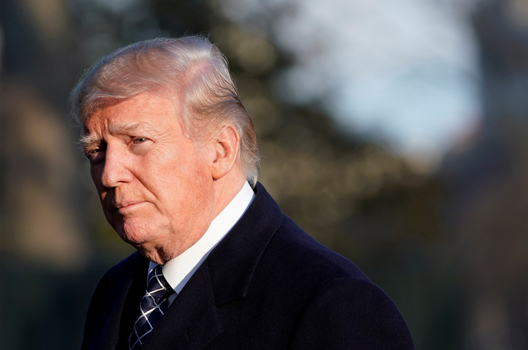 The coordinated move by the United States and two dozen other countries on March 26 to expel more than one hundred Russian diplomats, if followed with additional actions targeted at Russian influence and money, could mark a significant turning point in Washington’s approach towards Russia and help improve relations with its European allies.

The expulsion of sixty Russian diplomats from the United States, and others from primarily European countries, in response to the March 4 attack on former Russian spy Sergei Skripal and his daughter Yulia in the United Kingdom, is the largest such move since the Cold War.

Diplomatic expulsions are blunt tools from the Cold War that inevitably lead to the same response by the targeted country. On March 29, Russia responded in kind, expelling sixty US diplomats, closing the US consulate in St. Petersburg, and expelling diplomats from all other countries who removed Russian officials.

Despite retaliation, in this case, the expulsions were warranted and significant in three respects.

First, the Trump administration has finally taken bold, decisive action against Russia. This is all the more significant in light of US President Donald J. Trump’s ongoing refusal to publicly criticize Russian President Vladimir Putin and the US administration’s failure thus far to implement most congressional sanctions on Russia that passed unanimously.

Second, the move may help shore up Trump’s relationship with British Prime Minister Theresa May, which has been strained over a lack of personal chemistry and Trump’s initial failure to blame Russia for the nerve agent attack, among other issues.

Third, the expulsions were coordinated with key NATO and European allies such as France and Germany. The collective reaction may help to restore a badly needed sense of transatlantic unity, at least for a time, and make it easier for the United States to achieve future common goals with its allies.

Before the expulsions, the United States, United Kingdom, France, and Germany issued a joint statement on March 15 condemning Russia for the attack. At the European Council summit in Brussels on March 22, twenty-eight European Union (EU) leaders said the only logical conclusion is that Russia was responsible for the attack.

Diplomatic expulsions send an important message of Western resolve. However, Moscow’s retaliatory expulsion of US and European diplomats and intelligence officers may ultimately reduce a nation’s ability to gather intelligence from Russia.

To have a greater chance of deterring future aggressive behavior from Russia, the expulsions need to be followed by additional actions. These could include, for example, financial sanctions targeted at Russian oligarchs and senior government officials. Former US Central Intelligence Agency (CIA) official Steven Hall also suggested the expulsions of Russians from organizations such as the World Trade Organization, and not allowing Russia to utilize the Society for Worldwide Interbank Financial Telecommunication (SWIFT) system.

Thus far, the US administration has taken only limited steps to prevent Russian meddling in future US elections, at least based on publicly available information. The main action taken is the limited sanctions legislation announced on March 15 against Russian officials involved in cyberattacks and other meddling in the 2016 election, who were previously named in an indictment by Special Counsel Robert Mueller.

On the heels of the announcement that Mike Pompeo, former CIA director, will serve as the new US secretary of state, and John Bolton, former US Ambassador to the United Nations in the Bush administration, will replace General H.R. McMaster as national security advisor, the move against Russia may provide a degree of reassurance to European officials and other US allies about the stability of Trump’s foreign policy.

Bolton is well-known as a hawk on most issues, including Russia. Working closely with Trump in the White House in the coming months, he may be able to persuade the president to take further actions against the Kremlin—such as more extensive sanctions against Russia—and to develop a more nuanced understanding of Putin.

According to former CIA Eurasia Division Chief Rob Dannenberg: “Bolton may be pushing the president to be tougher on Russia as a means of demonstrating broader resolve—and perhaps as a signal to Putin that there is a price to be paid for Russia’s unhelpful actions in a number of areas outside the European theater such as assistance with North Korean sanctions-busting, assistance to the Taliban, and violence in Syria, and the list goes on.”

However, US relations with Russia remains an issue of particular sensitivity for Trump because of the ongoing investigation by Special Counsel Mueller into Russian involvement in the 2016 presidential election, and Trump’s frequent assertions that there was no collusion between his former campaign and Russia.

Trump has shown repeatedly that he is his own counsel on most issues. Therefore, the impact of the recent personnel changes in the White House remains to be seen.

Stepped-up action against Russia also faces resistance from several European countries that have close economic ties and relations with Moscow such as Poland, Hungary, Greece, and the likely members of the next Italian government.

Foreign policy analysts are cautiously hopeful the Trump administration’s expulsion of Russian diplomats and intelligence officials is the start of a new, tougher approach to Russia.

Ultimately, the key to this approach is that Trump must shed his unrealistic expectations about the potential for better US-Russian relations until Russia changes its approach to the West, a shift that will require ongoing Western resolve to raise the price of Russian behavior.

Image: US President Donald Trump walks on the South Lawn of the White House upon his return to Washington, US, March 25, 2018. (REUTERS/Yuri Gripas)