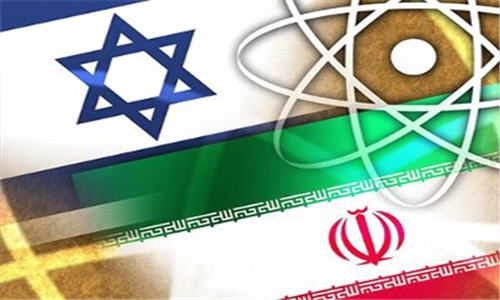 I attended a panel discussion Friday in which the topic of Iran’s nuclear program came up. The two principal commentators on the subject were the dean emeritus of the Center for Naval Warfare Studies (Dr. Robert S. Wood) and a retired U.S. Navy admiral, William Pendley, who has had direct experience by virtue of being a participant in talks with North Korea in the 1990s. They both agreed in essence on four points, as I took it (I apologize to Bob and Bill if I have distorted their views).

First, they agreed that Iran was likely to acquire nuclear weapons, and that there was very little the United States could do about it if the Iranians are resolute enough in their intentions. Second, they agreed that the major reason the Iranians want nukes is as a deterrent–mostly against the United States–and a matter of prestige (Bob Wood drew the analogy between Iranian weapons and the French nuclear force de frappe). Third, both asserted that Iran’s possession of a few weapons in and of itself did not matter much in the world; if there is a problem, it will be if Iran gains the capability to produce weapons grade materials–avoiding that has been a major part of North Korean negotiations. Fourth, the “major” concern that Iranian possession could produce is the possibility that Iran might share nuclear weapons/materials/technology with terrorists, who might use those weapons.

I was amazed at these conclusions mostly because they were reasonably close to my own, as expressed in Chapter 8 of the 4th edition of Cases in International Relations, “Pivotal States.” The bottom line of this analysis is that Iranian nuclear prospects are not as dire as some have led us to believe. That is, until one enters Israel into the equation. Then things get scary.

Israel has warned repeatedly that it will not tolerate the Iranian development of nuclear weapons and has threatened to take actions to prevent or reverse that possibility. Similar Israeli warnings against Iraq in the 1980s and Syria in the 2000s that resulted in preemptive Israeli strikes that wiped out the Iraqi and Syrian programs are clear testimony that their threats are not idle. Thus, one cannot rule Israeli military actions against Iran out at some further point in the developmental cycle of the Iranian program. What actions the Israelis might take and whether they would be successful are not entirely clear, both since the Iranians have designed their nuclear program and facilities to be resistant to the kind of air attacks the Israelis made against Iraq and Syria and, possibly more importantly, because Iran is not Syria.

Iraq and Syria were both essentially powerless to do anything to prevent Israeli attacks or to retaliate against their attackers. Iran, however, is a much more formidable potential foe. It is, after all, a country of 65 million people, and it has the military capability to absorb and fight back after an Israeli attack–unless the Israeli attack is a large-scale nuclear strike, which presumably it would not be.

What happens if Israel decides that the Iranian possession of nuclear weapons is intolerable, that such weapons represent a deadly threat to Israeli existence, and thus that it has no choice but to take out that threat? All three conclusions by the Israelis are certainly not impossible; whether they are even likely given the nature of the current Israeli ruling coalition is arguable.

The short answer to the question is that we don’t know. The possibilities range from limited tit-for-tat attacks between Iran and Israel to a gradually escalating regional conflict that could drag in outside powers–and notably the United States–and widen to global conflict. Efforts would certainly be made to localize and contain the violence, but if Israel’s very continued existence came into question (which is not entirely impossible to imagine), would those efforts work? Because we cannot answer any of those questions in advance, we not only do not know, we profoundly do not want to find out.

There are only two ways to avoid the possibility of an Iranian-Israeli nuclear conflict. One is to prevent Iran from getting nuclear weapons, thereby avoiding the scenario that could set off the Israelis. If Bob and Bill are correct, there is not much we can do to prevent that from happening. Certainly, an entreaty that continuing down the nuclear path might only lead to confrontation with nuclear-armed Israel would only reinforce Iran’s perceived need for the weapons in the first place.

The other is to prevent the Israelis from attacking Iran. During the past eight years, the United States showed no particular skill at nor inclination to restrain the Israelis, and they might not be restrainable under any circumstances. However, what the United States could do is treat Israel to a little “tough love” by letting them know in no uncertain terms that if they attack Iran, they are strictly on their own and that, should the operation turn bad, they can expect no help from the United States. That might be a difficult message for the United States to deliver, but if it were accompanied by the assurance that Israeli restraint would be rewarded by American commitment should the Iranians threaten Israel, it might be more palatable.

Israel would not like this message. They would/will argue their very existence is threatened by Islamic possession of nuclear weapons capable of destroying Israel.  They are quite correct in that assessment, but then, the United States has been vulnerable to nuclear annihilation since the Soviet arsenal grew to assured destruction proportions in the 1960s. We have relied on deterrence to keep that destruction from occurring, and maybe that’s what the Israelis should do as well.

Donald M. Snow, Professor Emeritus at the University of Alabama, is the author of over 40 books on foreign policy, international relations, and national security topics. This essay was originally published at the What After Iraq blog.