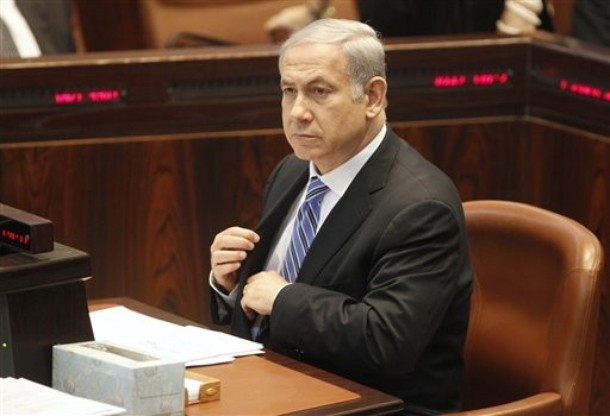 The growing confrontation between Israel and Iran over the Iranian nuclear weapons program is spinning perilously out of hand, and it has within it the seeds of the most potentially dangerous threat to international peace since the Cold War ended over 20 years ago. What we are witnessing is a verbal run-up to a military conflict between the Middle East’s only nuclear power (Israel) and its most militant, populous state (Iran). It is a conflict that would serve no one’s interests, would only result in a worse situation–possibly catastrophically so–for all parties, and in which the extremely emotional basis of the conflict is driving all sides, including the United States, to consider essentially irresponsible acts that endanger the country’s national security interests. All of this is occurring in a presidential election year (probably no coincidence) in which cool analysis and action is undermined by hot electoral rhetoric aimed at grabbing votes at the possible endangerment of this country’s interests and safety. It needs to be stopped now, before it gets any worse.

Consider the situation in terms of three steps and their possible consequences. The steps are the pre-war confrontation, the Israeli attack on Iranian nuclear facilities (an event which, if it happens at all, will almost surely occur before the November election in the United States), and the Iranian response. All put the United States in an untenable, negative sum situation where, regardless of what we do, we will come out on the short end of the stick.

Start with the pre-war present. There are two salient features to consider. The first are Israeli threats that demand, in essence, that Iran stop and reverse its alleged weapons program (which, of course, the Iranians deny exists) before it proceeds any closer to a weapons outcome. The Israelis argue that if the Iranians get a nuclear weapon, they will use it against Israel, making the threat a truly existential one against them. Their assessment may be right or wrong, but there can be no doubt that the Netanyahu government believes this scenario to be the case and from that perspective, a preemptive strike against Iran can make sense. That its consequences could be dire to Israel matters less from this perspective because Israel will suffer in either case. An attack is essentially taking an eye for an expected eye, and national existence is the stake. No Masada this time; the Israelis will go down swinging, if they go down.

This puts the United States, as the protector and guarantor of Israel, in a terrible position that the campaign rhetoric is only making worse. The Obama administration says it is “working” with Israel to defuse the crisis, which effectively means they are trying everything they can think of to try to keep the attack from occurring, at least partly because they recognize that if the Israelis launch a raid, all regional bets are off and that the worst case is a general Middle Eastern war that serves no one’s interests, and especially not the interests of the United States. GOP presidential contenders, on the other hand, are falling all over themselves and one another courting the Jewish vote in the United States by favoring unrestricted support for whatever Israel decides to do. The most extreme view is held by Newt Gingrich, who summons the Holocaust to argue that anything less would be immoral.

The U.S. has essentially three options if an Israeli attack decision is unavoidable. None of them is especially good. They are:

1. Full support for any attack the Israelis carry out, which can include actions of differing severity. The U.S. can participate in the raid in varying ways, such as providing air cover for the Israeli bombers heading for Iranian nuclear sites; we can provide satellite reconnaissance (which we undoubtedly already do) for the Israelis, including warnings of Iranian countermeasures; we can supply special ordnance (deep penetrating bombs) to the Israelis to penetrate underground facilities (the Israelis do not themselves have such a capability); or, at the greatest extreme, we can participate with U.S. bombers dropping bombs. The more involved we are, of course, the more we will be caught up in the wake of international reactions to the attack.

2. We can acknowledge Israeli plans, say we understand but don’t fully support their actions on any of a variety of grounds, BUT warn sternly that we will not allow a response by Iran that would endanger Israeli existence. We would still be blamed for not preventing the attacks, but the criticism would be more muted, and we would uphold our pledge to guarantee Israeli existence. Critics, however, would argue that is not enough.

3. We can tell the Israelis, very publicly, that they are on their own if they attack, although we will protect them from an existential response. This option, regardless of its merits, would be political suicide in an election year (part of why the Israelis, who realize this, will probably act before the November election).

Options 1 and 2 are the only really domestically viable options, but both of them tie the U.S. to the Israeli attack, and that has consequences. Rationalizations notwithstanding, an Israeli strike would be an act of military aggression–an act of aggressive war–that is illegal under international law and the UN Charter, which Israel signed, making the action illegal under Israeli law as well. Calling it “preemptive” does not aid legality, because acts of preemption are only justifiable under international law when a hostile act that they prevent is imminent (e.g.an enemy’s army massing on your border); the Israeli attack does not rise to that level. Thus, the United States indirectly supports violating international law by supporting the Israelis. The U.S, has, of course, done so in the past–the invasion of Iraq in 2003, for instance–but the world will at least rhetorically line up against an aggression. Moreover, the Russians and Chinese will undoubtedly co-sponsor a Security Council condemnation of the aggression, and the U.S. will be left with the unpleasant choices of supporting Israel in the face of overwhelming global disapproval or, as it did in 1956 at the time of the Suez War, of condemning the action of a close ally. Once again, electoral politics may require thumbing our noses at the world. Moreover, if the Israelis do attack, they will not be able to take out the Iranian program entirely, instead only setting it back, while Israeli attacks will take its toll in civilian casualties (collateral damage) that will only add to condemnation of the attacks. Anyone who can see some good in this for United States interests beyond some votes in the presidential election, is seeing something this observer does not.

As if that was not enough, an Israeli attack will trigger some very violent form of Iranian counterattack with equally or even more dangerous potential consequences for the U.S. and the region. Those possibilities, none of which are desirable from a U.S. viewpoint, will be the subject of the next column. All the options are bad!