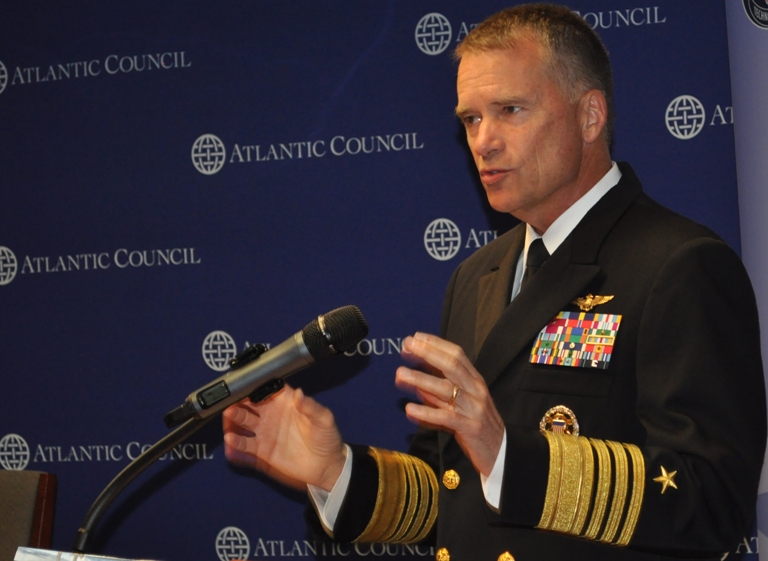 With major budget cuts looming, the United States will have to be more selective than it has been in recent years in military interventions, says the the number two officer in the Pentagon.

Speaking as part of an Atlantic Council Commanders Series event titled “Perspectives on National Security Challenges in the 21st Century,” Admiral James “Sandy” Winnefeld, the vice chairman of the US Joint Chiefs of Staff declared, “When you have unlimited resources, you can get involved in anything, you can buy anything you need. Now we’re in a different place.” He noted that the Defense department was already braced for $487 billion in cuts over the next decade, with another $500 billion possible is the sequester is not averted.

As such, Joint Chiefs chairman Martin Dempsey and his team are carefully assessing potential threats to national security and ranking them from “most vital to important” according to metrics laid out in the Chairman’s Risk Assessment. Through this process, Winnefeld sees “national security interests as a sharper decision-driver than just ways and means that are currently in the strategy.”

Winnefeld reports that President Obama’s strategic guidance to the military was to “put more emphasis on the Pacific” and “less emphasis on long-term stability operations” such as Iraq and Afghanistan. Or, more colorfully, “to give me fewer Iraqi Freedoms and more Desert Storms.”

Of course, that’s ultimately the call of civilian policy-makers, not those in uniform. After all, the Pentagon didn’t spend the decade after the Cold War planning on long-term stability operations in Iraq and Afghanistan but for two “nearly simultaneous major regional conflicts” modeled after Desert Storm and an intervention in a second Korean conflict. In the end, in the infamous words of former defense secretary Don Rumsfeld, “you go to war with the army you have, not the army you might want or wish to have at a later time.”

Still, as Winnefeld put it, a frank assessment of ends an means can serve as a useful “experiment for us in how we might contribute to the decision-making process as the chairman makes his best military advice recommendations.” But, as former Army chief of staff Eric Shinseki’s experience demonstrates, that “best military advice” is not always heeded.