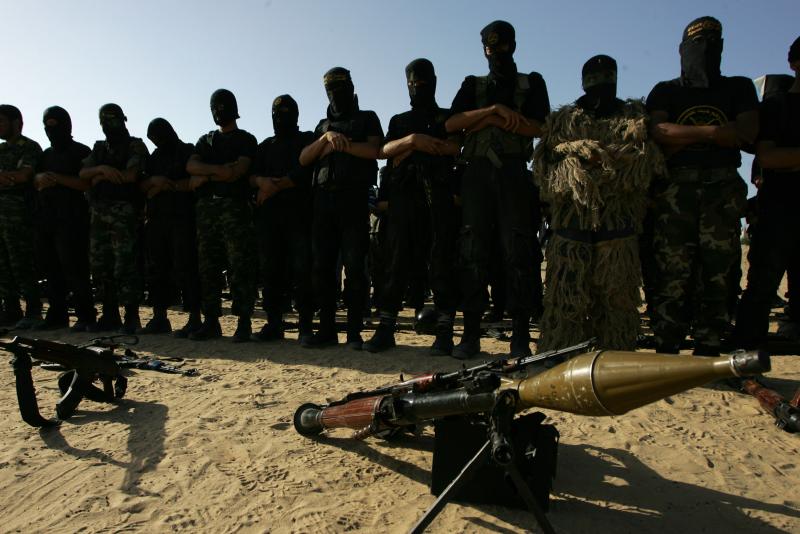 The fourth issue of Inspire, al Qaeda’s online English-language magazine, appears to be running out of ideas to provoke mayhem among the heathen nations and the Muslims who do their bidding.

Women jihadis are praised for their courage and men chastised for sitting on their hands. Singled out is Roshanara Chaudry sentenced to life in prison for stabbing a British member of Parliament who backed the Iraq War.

"A woman has shown (Islam’s) men the path of Jihad! A woman my brothers! Shame on all the men for idling while one of our women took up the individual jihad. She felt the need to do it simply because our men gave all too many excuses" for not doing it, an article in Inspire says.

Inspire wasn’t too inspiring in its section titled "Open-Source Jihad" where American-born cleric Anwar al-Awlaki, not heard from for several months, appealed to Islamists to steal Western money to fund al Qaeda.

Last November, Awlaki called for no-holds-barred warfare on American "devils." In the latest Inspire, he penned the magazine’s cover story with the ponderous title, "The Ruling on Dispossessing the Disbelievers’ Wealth in Dar al-Harb (areas where Muslims are in the minority and persecuted)." "Can these mujahedeen networks use clandestine methods to extract wealth from the apostates?" he asks. Seeking the wealth of the heathen, he proclaims pompously, is also "jihad in Allah’s path."

The terrorist cleric then cautioned that whatever they manage to steal should be earmarked for jihad and not spent on themselves.

Would-be terrorists were advised to rent apartments on the lower floors of buildings from where they could dynamite "the pillars of the structure."

In what was clearly designed to discourage would-be jihadis from traveling to Pakistan and the tribal areas on the Afghan border, where they would be exposed to U.S. drone attacks, would-be Western jihadists are instructed to focus on targets in their own countries. Pro-Western Muslim countries of the Persian Gulf are still assessed to be unsuitable "apostates regimes" where "individual terrorism" and "secret guerrilla warfare" actions are deemed more suitable.

The "religious" sermons of Awlaki, a top leader of al Qaeda in the Arabian Peninsula, are credited with the proselytizing that inspired the Fort Hood, Texas, massacre and the failed bombings of Times Square and an airliner about to land in Detroit.

Now Awlaki pulled his punches as he advised jihadis and would-be jihadis to be more selective in picking targets. Among those he recommended were "government-owned properties, banks, global corporations" and anything owned by "disbelievers with known animosity toward Muslims."

In an article titled "Know That Jihad Is Your Duty," Inspire also quoted Adam Gadahn, an American jihadi who converted to Islam in 1995, urging "my brothers" to "strike the leaders of disbelief (kufr) and retaliate against them on their own soil."

Gadahn, born Jewish, says he has relatives living in Israel and is the first U.S. citizen in more than half a century to be charged with treason. As a senior al Qaeda operative, he functions as spokesman and media adviser for the terrorist organization. He also tells American Muslims to commit acts of terrorism in the United States.

al Qaeda appears to be going through a phase where its bark is more effective than its bite. Under the headline "Jihadi media are booming," Ali K. Chishti in Pakistan’s Daily Times writes, the media and the Internet are al Qaeda’s current focus. These jihadis, he explains, "disseminate their message through Web sites, magazines and disks in different languages targeting diverse audiences worldwide."

Indoctrination and propaganda is al Qaeda’s current focus. Sold at newsstands all over Pakistan are some 80 publications put out by militant organizations, including 18 weeklies, 40 bimonthlies and 22 monthlies, in Urdu, Arabic and English. A Kashmiri jihadi leader is quoted in the Daily Times piece saying, "we sell from 5 rupees to 10,000 rupees (6 U.S. cents to $115) for those who want to support our organization since funding and collection is restricted."

Pictures of U.S. drone attacks in Pakistan’s tribal areas and of mutilated Muslims are standard fare in these publications. One recent article deals with thousands of Muslims "rotting in jails" the world over and how it is now "the sacred duty of jihadis to fight for the causes of Palestine, Afghanistan, Iraq and Pakistan."

Some of Pakistan’s pro-al Qaeda magazines — e.g., Bazu-e-Mujahid — have sales of less than 10,000 with subscribers from Karachi to New York. Standard fare is the duty of dying for the cause of Islam.

The Daily Times’ Chishti writes, "While the cardinal enemy and target of all jihadi struggles is the U.S., for it sits at the helm of all infidel nations, Pakistan’s ‘secular rulers’ and their shameless submissiveness to the U.S. has left (Pakistan’s Taliban movement) with no choice but to fight the ‘domestic’ infidels first."

Two Pakistani jihadi publications — Haq-e-Awaz and Allah Commandos — hailed the recent assassination of Punjab Gov. Salman Taseer and said "Qadri (the security guard who fired 28 bullets) is the new hero of the Ummah (Islamic interdependence) and anyone who betrays the ideology of Islam and Pakistan should be killed."

For now, concludes Chishti, the jihadi media in Pakistan are booming.

And when nine young Muslims in Britain were recently charged with plotting to blow up major tourist sites, e.g., Big Ben and Westminster Abbey, police found two issues of Inspire in one of their homes. "How to make a pipe bomb in your Mom’s kitchen," was the headline over one of Inspire’s articles.

Arnaud de Borchgrave, a member of the Atlantic Council, is editor-at-large at UPI and the Washington Times.  This column was syndicated by UPI. Photo credit: UPI/Ismael Mohamad.